There’s a saying that goes, “It’s only a gift if you give it away.” Chef Bee – formally known as Harriette Brown – believes in that rule. For the past eight years, she’s sold healthy fare to those who ask for it and gives it away to those in need.

As the chef and owner of Sisters On A Roll, Chef Bee hosts pop-ups on the east and west sides of Detroit sells premade vegan wings, soups, and salads through wholesale distribution, and is known to gift meals to folks every Wednesday evening at the Rosa Parks Transit Center in downtown Detroit.

Since its founding in 2013, Sisters On A Roll has been moving to become a fully functional mobile cafe, complete with a food truck and trailer.

“One purpose for this business is healing people with food,” Chef Bee says. “If we’re stuck in one locale, we have to wait for people to come to us. But if we’re mobile, we can take it to them.”

In addition to signifying mobility, the Sisters On A Roll moniker also pays homage to Chef Bee’s friend Sharon DuMas. For a graduation party in 2013, Dumas needed help getting around in her wheelchair and asked Chef Bee for assistance. Turns out, the party also needed a last-minute caterer. Chef Bee, equipped with crunchy egg rolls and Kool-Aid pies in her culinary repertoire, took the charge – much to the delight of partygoers.

Over the past few years, Chef Bee has been working to secure enough capital to fully transform the food truck and trailer into a mobile kitchen. And up until the onset of the COVID-19 pandemic, she was earning steady revenue hosting pop-ups and working out of Nosh Pit in Hamtramck to prepare food for wholesale distribution.

“Catering was hit or miss, but we did pop-ups every week all over the city, and our partnership with Nosh Pit was wonderful,” said Chef Bee. “With Nosh Pit, we had kitchen time to develop new products and they were serving our food on their menu. Then, the pandemic hit and changed everything.”

The ban on in-person dining during months-long stretches throughout 2020 nearly eliminated income for the business.

“Pop-ups ceased; Nosh Pit closed. We had to get creative,” she says.

For Chef Bee, creativity meant securing a new, albeit temporary, kitchen partner to hone her craft. Now, she’s working out of a commissary kitchen at Marygrove Conservancy. The relationship has been critical not only in providing commercial kitchen space, but also time to experiment with vegan recipes inspired by non-vegan foods.

Her vegan wings have long been a hit, as well as her Angel Eggz, a vegan take on deviled eggs that feature a potato or mushroom base and chickpea filling. Other favorites include the Stuff’d Soulman (salmon) with Creole spice seasoned shrimp and vegan lamb served with an asparagus stir fry.

Expanding her menu has been a reliable method to bring in more business during the pandemic. Because of heightened food safety measures to curb the spread of COVID-19, food must be served in certified meal safe containers, which significantly increases operating costs.  That means no styrofoam – only containers that can fully seal and be reheated on a low temperature in an oven.

“Putting things in individual, certified meal safe containers makes sure everything is safe for you and the client – and eats up food costs,” says Chef Bee. “For instance, we used to put salad right into a container with other portions of a meal, or people could simply add it to their food tray. Now, we have to prepare salads in individual, meal-safe salad cups. It helps with both safety and portion control, but on the backside, it does eat up food costs. We have to be creative in what we’re offering to offset the cost of this new delivery system and still feed the same amount of people good, healthy food.” 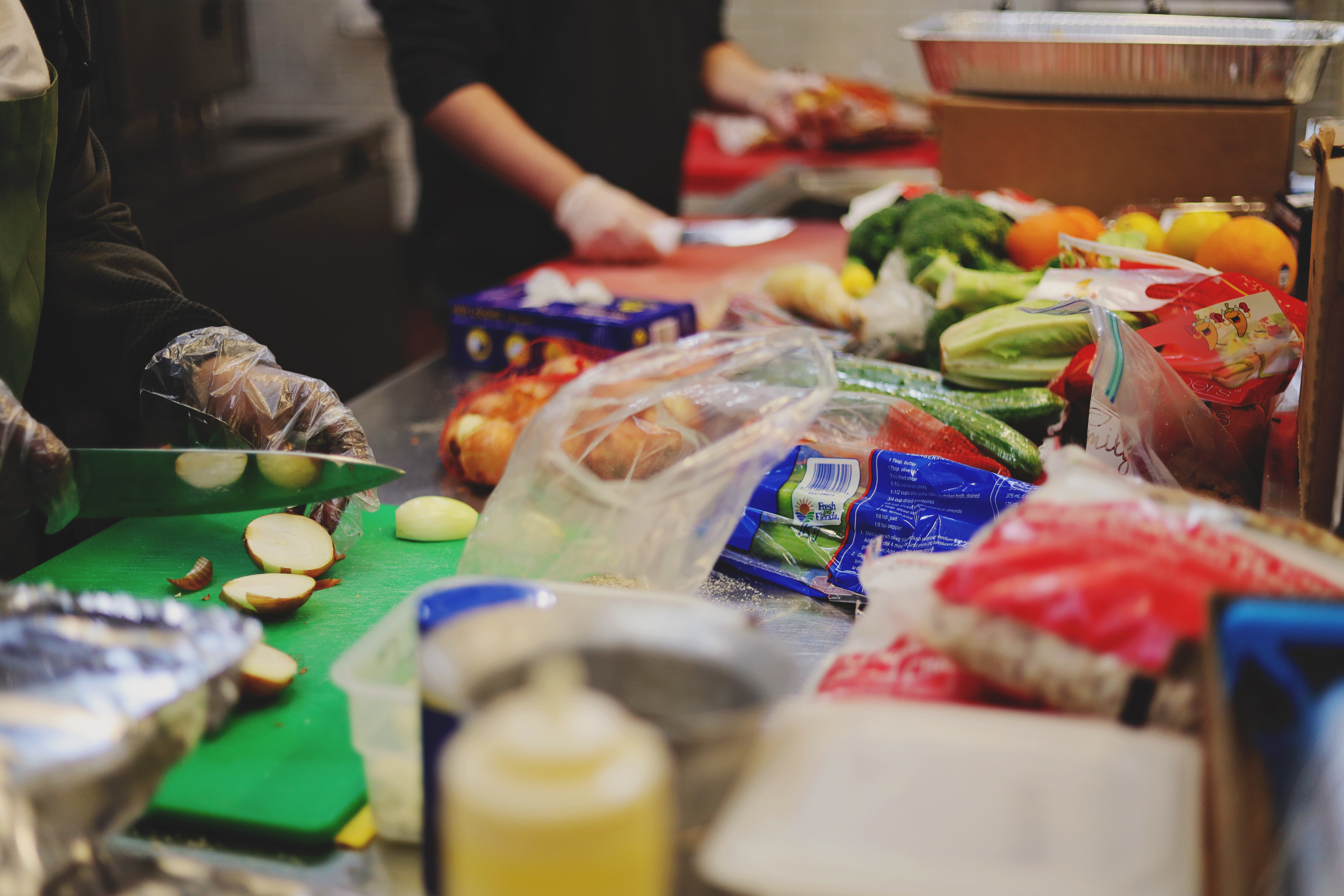 Before the pandemic, Sisters On A Roll distributed free meals to the food insecure at the Rosa Parks Transit Center in downtown Detroit. Last spring, Chef Bee suspended this service, but once businesses began to slowly reopen, she resumed.

For Chef Bee, the community service component of Sisters On A Roll is as vital to the business as getting the food truck up and running. It has been sustained by donations from individuals who enjoy her food and believe in her work.

To keep the for-profit side of the business strong, Chef Bee continues to form new business-to-business partnerships, apply for small business grants, and pivot to online service. The company’s website is in development, the business sells wholesale to D-Loft Cafe in Oak Park, and Chef Bee also offers customizable meal subscriptions.

In the meantime, Sisters On A Roll hasn’t lost sight of its main goal: to get on wheels. With a fully operational food truck and trailer opening opportunities for meal service all over Detroit, Chef Bee believes she can generate enough revenue to create new jobs by adding four people to her team.

Sisters On A Roll has seen success in that regard. Thanks to support from the New Economy Initiative through Build Institute, the company received roughly $1,800 which paid off 20 percent of its outstanding Kiva loan.

Still, the business has a long way to go. “On the low end it will take another $25,000 to outfit the truck and trailer to remain stationary and serve food,” Chef Bee says. “At the high end, which is the design and goal for my business from the very beginning, we still need $58,000 to refit our food truck so that it’s a fully operational mobile cafe, where we bring the flavor of love to you.”

Until she reaches that milestone, Chef Bee will continue to do what she can to serve Detroiters – whether they can pay her for her services or not.

Courtney Wise Randolph is a storyteller and native Detroiter who runs Keen Composition, a small business that specializes in writing and editing true stories about ordinary people and businesses that make an extraordinary impact.