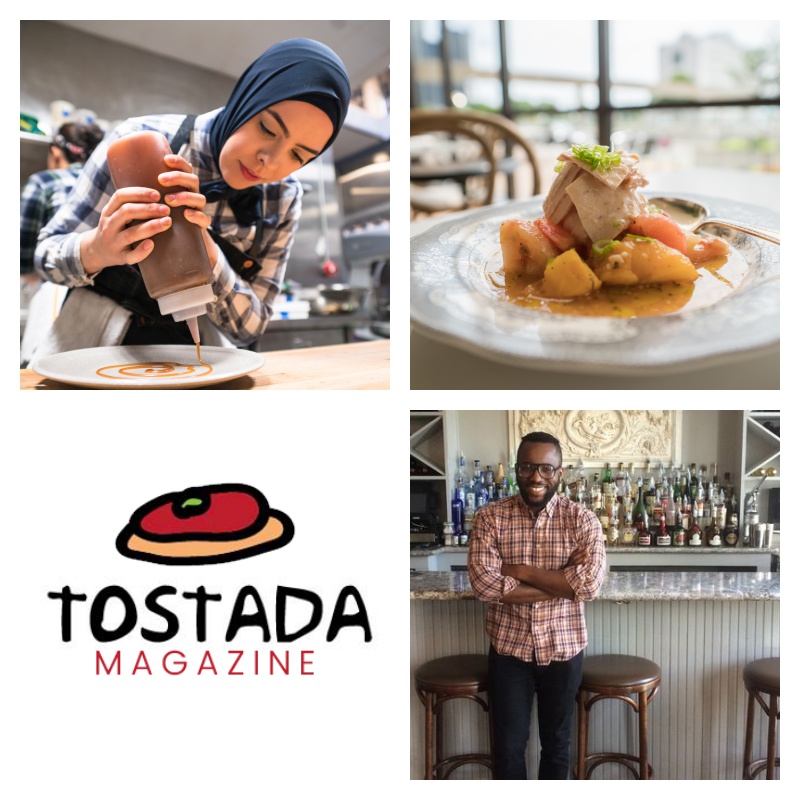 Hi Readers! Hey, it’s been a minute. But being a young magazine in not quite its first year of development, we’ve been busy at work, learning the basics of launching an independent, new media outlet.

To that end, today I’m thrilled to announce that Tostada Magazine has received a major boost toward that growth with a $20,000 grant from the Detroit Journalism Engagement Fund.

An effort to increase quality journalism and help better inform communities, Tostada was among six projects involving collaborations with 13 southeast Michigan organizations that will receive a total of $322,000 from the fund’s first round of support. We partnered with Allied Media Projects, which provides a network of support for media makers, artists, educators, and technologists working for social justice.

The Detroit Journalism Engagement Fund is supported by the John S. and James L. Knight Foundation, in partnership with the Ford Foundation and the Community Foundation for Southeast Michigan, which earlier this year put out an open call for ideas from media-specific organizations and community organizations with a media partner.

Over the next year, with the help of the fund, we will be able provide a more robust offering of storytelling about Detroit’s rich food culture and will be taking steps to continue growing — for you, by you.

But before that, I thought it was important to talk a little about why we started Tostada Magazine, and why independent journalism is more important than ever.

I hadn’t thought much about food writing for most of my decade-plus career in journalism.

Aside from being occasionally spellbound by Pulitzer Prize-winning critic Jonathan Gold’s musings on his favorite Sichuan spots in the San Gabriel Valley (and let’s face it, what Angeleno doesn’t enjoy his reviews?), my feeling about food writing was generally that it was written by stuffy critics for wealthy people who called themselves foodies.

And then for whatever reason, things changed for me.

Maybe it was all the Anthony Bourdain binge watching on Netflix that seeped into my subconsciousness. Or it could have been my homie Gustavo Arellano (formerly of OC Weekly greatness, who is bound for better things) who could make a taqueria in Santa Ana sound like a masterpiece. Perhaps it was as simple as a memory of “back home” — of panaderias and mangonadas, of Thai Town in East Hollywood and Korean fried chicken in Garden Grove — and how memories of food had the power to bridge cultures.

Apparently, I wasn’t the only one whose heart melted with pride by the sight of an elote dredged in mayo, parmesan and Tapatio. More and more, the food-media landscape is growing. When I was an undergrad in the early 2000s, Eater was about it in terms of digital food journalism. There was also Food & Wine, Bon Appetit, the major dailies — all of which, to me, seemed more inclined to cater to the well-heeled or the house wife.

Now, Eater is joined by First We Feast, which intersects food and hip hop culture; Time’s Extra Crispy about all things breakfast; The Takeout from the publishers of the A.V. Club and The Onion; Vice Munchies; Roads & Kingdoms — just to name a few. A food critic is nearly as likely to review a food truck as s/he is to make reservations at a white tablecloth restaurant. A food writer for Thrillist just may hold similar sway as that print critic. Viral videos and Instagram stories about rainbow lattes, matcha tea breakfast bowls and cereal-encrusted doughnuts abound.

What hasn’t changed much in food writing though is just who gets to write about it. Pick up the recipe section of the New York Times, for instance, and it’s most likely going to be dominated by the names of white writers, who consider themselves authorities on other cultures’ cuisines, as noted by Lorraine Chuen of intersectional analyst.

This isn’t just food media. Journalism in general has always lagged in making sure its newsrooms reflect the demographics that make up the communities they cover. A 2016 newsroom diversity survey published by the American Society for Newspaper Editors found that only 17 percent of workers belong to an underrepresented minority.

At the same time, the traditional media advertising model has all but crumbled. Reporters are beholden to essentially copy, paste what everyone else is writing to keep eyeballs on their websites or hope for a Facebook share.

So, with traditional journalism shrinking, yet a boom in food media, where does that leave a fledgling freelancer like myself? One who’s worked in the old-school newsrooms, has had to fight to cover issues of social justice and who’s craved representation in media since she was old enough to watch Maria on Sesame Street?

For me, when I ran the dining section of the Detroit Metro Times (2015-2017), it became impossible to ignore this discrepancy. Even if I only made a small impact, I knew I had to take ownership of my work. It meant not waiting for “mainstream” media to get the story right. It meant providing unique value to the people and communities I serve.

Others have found ways to make an imprint. Like Soleil Ho, Zahir Janmohamed and Juan Diego Ramirez, the trio behind the critically-acclaimed Racist Sandwich podcast; Tunde Wey, a chef and writer who travels “around the country, staging pop-up dinners where Nigerian comfort food and discomfiting conversations about race in America are on the menu”; Devita Davison of FoodLab Detroit who intersects her activism with food writing to inform readers how the children of migrants transformed the North and helped Detroit become a leader in the urban agriculture movement; and Southwest Detroit native and veteran journalist Martina Guzman, who reports on the role food plays in America’s social justice movement.

Now, what can you do to support the work of independent journalists who are working to change the narrative in how food in our country is covered? You can start by “liking” and following our work. Comment, share, Tweet at us! If you have a few bucks to spare, skip the bougie cold pressed coffee and make a contribution to your favorite podcast! (Racist Sandwich is about to kickoff a Kickstarter campaign this month expand to a weekly program). Do like what my business partner, Shahid Syed, did and invest in quality food journalism.