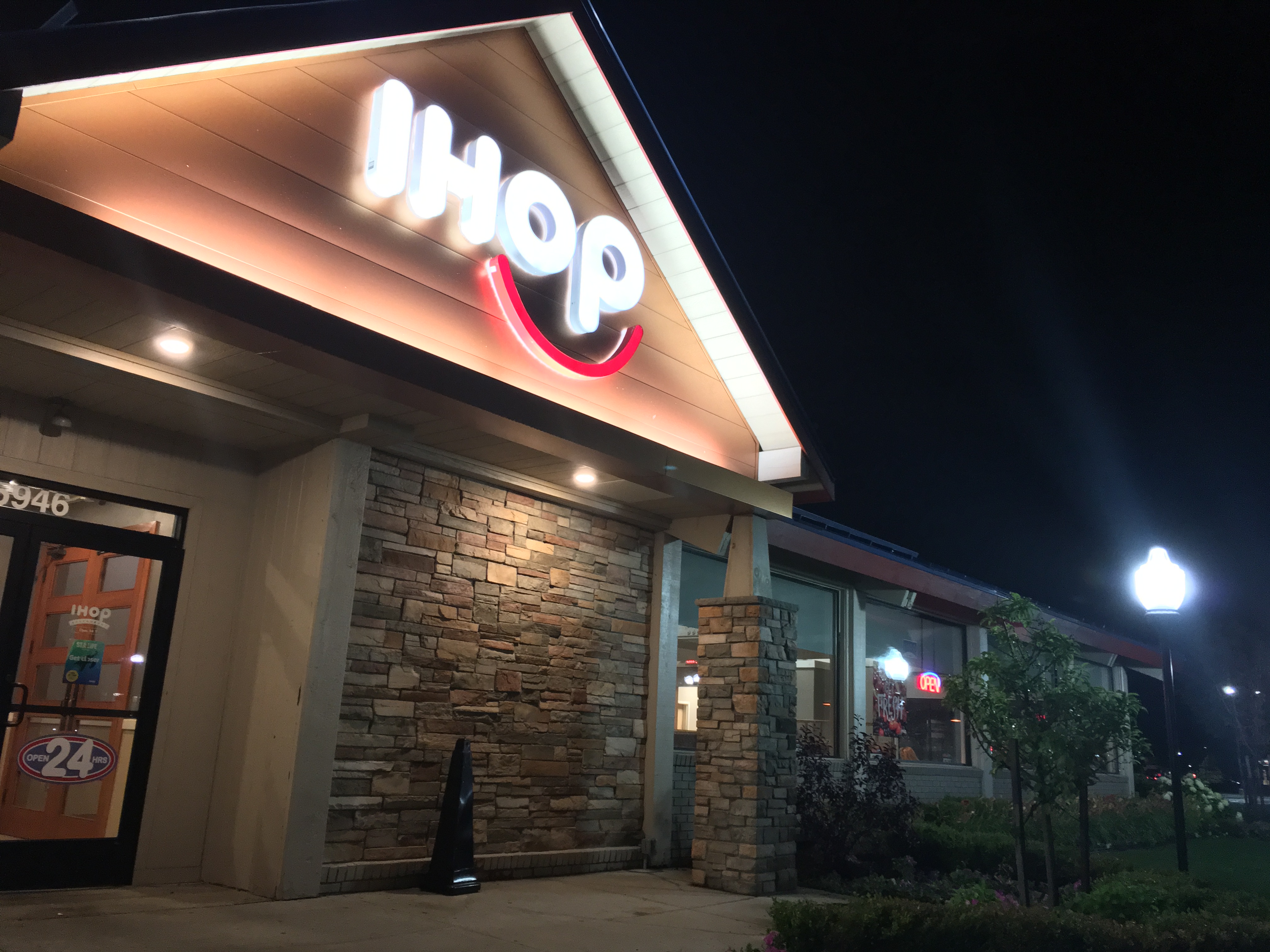 During the daylight hours this Ramadan season in Metro Detroit in cities like Hamtramck – home to a huge number of young Yemeni and Bengali families – the streets are a little calmer as folks conserve their energy for prayer and fasting.

Once the sun goes down though, many of the immigrant-owned shawarma shops and Bangladeshi cafes are open late night and cater to the community’s many Iftar feasting needs, while the residential streets fill with the welcoming aroma of cumin, curry and other spices as families sit down to share a meal after sunset.

A similar scene can be found on a stretch of Warren Avenue in Dearborn, where the area becomes alive with celebration after dark.

I would be remiss, however, if I failed to mention an unsung hero that provides Ramadan-season sustenance in far off suburbs like Canton, where a growing number of upwardly mobile Muslim Americans live.

I’m talking, of course, about IHOP.

Yes, THAT IHOP, as in purveyors of the iconic Rooty Tooty Fresh ‘N Fruity. 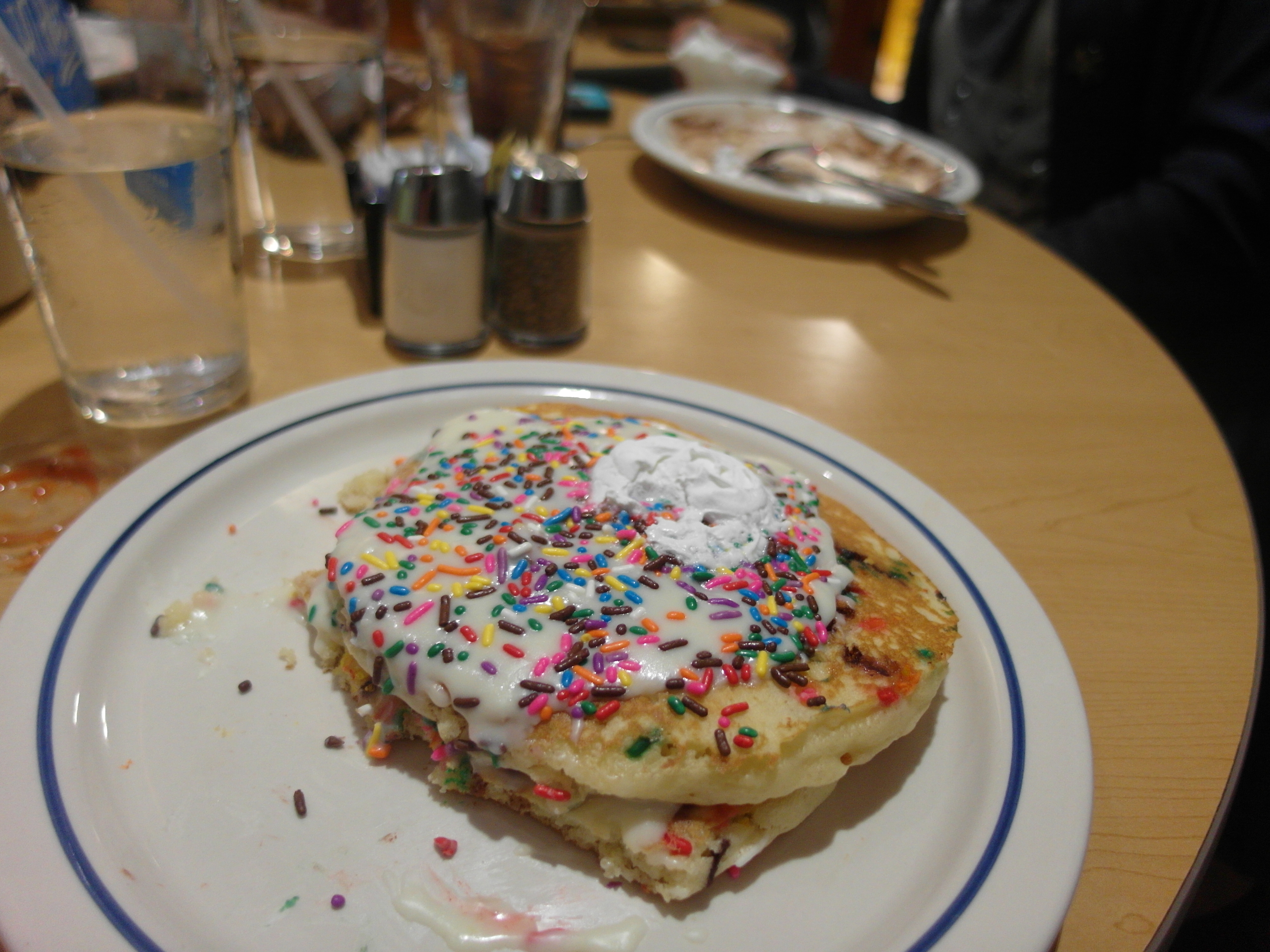 During Ramadan, the 24/7 eatery’s late night bar crowds share space with devout Muslim families, who between about 1 a.m. and 4 a.m. turn to stacks of hot cakes and stuffed crepes during Suhoor, the time before sunrise to eat before fasting resumes.

I hit up the Canton IHOP on a recent Saturday just after 1 a.m. (OK, so technically Sunday) at the insistence of Tostada Magazine co-founder and Canton resident Shahid Syed. That’s where I met dozens of his friends and relatives – maybe 40-50 people who gathered in a private area, while many others spilled out into the main dining room. Some were his own sleepy-eyed children still in their PJ’s, others wary moms counting down the days until their routines could resume and a bunch of Shahid’s buddies who reveled in retelling their favorite Iftar meals of the season so far.

Like the Christmas dinners at the Chinese restaurants or Jewish delis that became part of the American lexicon before it, the IHOP Suhoor is a ritual that was born more out of convenience than anything else. It’s gotten so popular, in fact, that on a recent visit to the Canton location, Shahid says wait times to be seated were as long as 40 minutes as servers scrambled to feed the hungry crowds.

“As the community grew, we weren’t looking for it, it just kind of naturally happened,” says Shahid, adding the tradition locally really picked up momentum a few years ago.

And it’s not just limited to the House of Pancakes.

Denny’s, Ram’s Horn and other 24/7 chains often associated with life in suburbia, are also popular spots for folks who, during the season crave American comfort foods like French toast or chicken and waffles just as much as mom’s slow-cooked lamb korma.

Elsewhere at Michigan-based big box retailer Meijer in Canton, the store stocks up on dates, which are typical to many Iftar dinner spreads. And at the Whole Foods hot food counter in Detroit’s Midtown neighborhood, the holiday also gets some love, where the supermarket touts its halal offerings. It’s all a reflection of retailers’ recognition that Muslim Americans are an increasingly important demographic (the halal industry alone is a $20 billion a year business in the United States).

So as the Ramadan season comes to a close, let’s give props to Suhoor at IHOP.

(Featured image by Shahid Syed, others by Serena Maria Daniels)