The tantalizing menu at La Dulce Spanish tapas restaurant first came onto the radar in 2015 when it opened its doors in Royal Oak.

On top of its stylized storybook setting with muted pastel décor, tea cup chandeliers and inviting lounge seating, the eatery delighted diners with prized Spanish cured meats like its nutty Iberico ham, its innovative use of seafood such as its rich and earthy croquetas de choco filled with cuttlefish and squid ink and house-made Mexican-style churros.

What wasn’t known at the time was that the Royal Oak iteration was a first step for La Dulce to join Detroit’s burgeoning dining scene.

Earlier this month, the distinctive restaurant packed up its suburban environs and entered the city’s growing food world when it relocated into the Crowne Plaza Detroit Riverfront. The 7,000-square-foot space provides more room in the kitchen to add labor-intensive paella, daily breakfast and lunch and an ample outdoor patio that faces the Detroit River – perfect for unwinding with a glass of sangria. 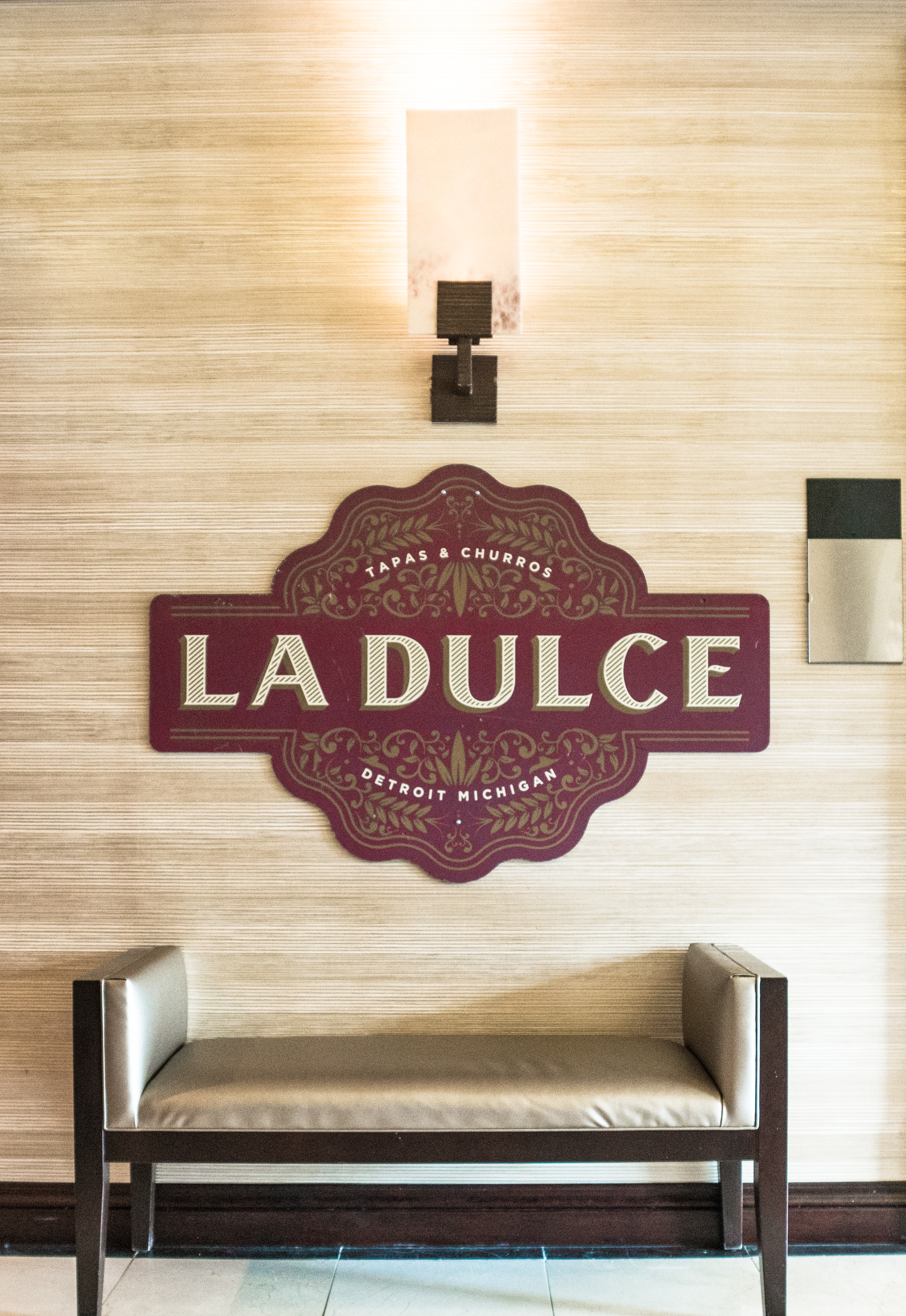 What also wasn’t apparent was that Spanish tapas would be just a preview of a larger vision for La Dulce: to eventually introduce Detroiters to the concept of Mexican fine dining.

“We want to be very traditional, use ingredients of Oaxaca, of my home state (of Toluca), and of other regions in Mexico known for their cuisine – ingredients that people here don’t know very well,” Luis Negrete, a native of the state of Mexico, tells Tostada at a window-side table that looks out at the restaurant’s patio.

Negrete is talking about dishes like Oaxaca’s rainbow of world famous moles and the underrated, but impressive seafood from Baja California and the wave of chefs in Mexico City who are elevating the nation’s image as North America’s source for cheap street food to a destination for culinary greatness.

That could prove to be a hard sell for hearty Metro Detroiters, who are more accustomed to gringo-friendly tacos, enchiladas and the ubiquitous, cheese and chorizo-laden Detroit botana.

To start changing perceptions, Negrete says he and his brother, executive chef Juan, decided to start with tapas, what they considered an approachable alternative that had the potential to showcase the kitchen’s panache.

Juan Negrete was already quite familiar with Spanish cooking. He spent several years honing his skills in Spain, and at one point connected with chef Hector Sanz, who had previously worked at El Celler de Can Roca in Catalonia, which ranked No. 1 on the Pelegrino list of the world’s 50 best restaurants. He and Sanz are now co-executive chefs at La Dulce.

The brothers realized the similarities in Spanish and Mexican cuisines – in particular an emphasis on seafood – and the idea for La Dulce was born.

That the Negretes wound up in Metro Detroit is no mistake. Luis Negrete runs a quality assurance firm for automotive suppliers that he started in the 90s in his hometown of Toluca – the capital of the state of Mexico about 60 kilometers from Mexico City that is sometimes considered one of the Motowns of Mexico for its growing foot print in manufacturing. 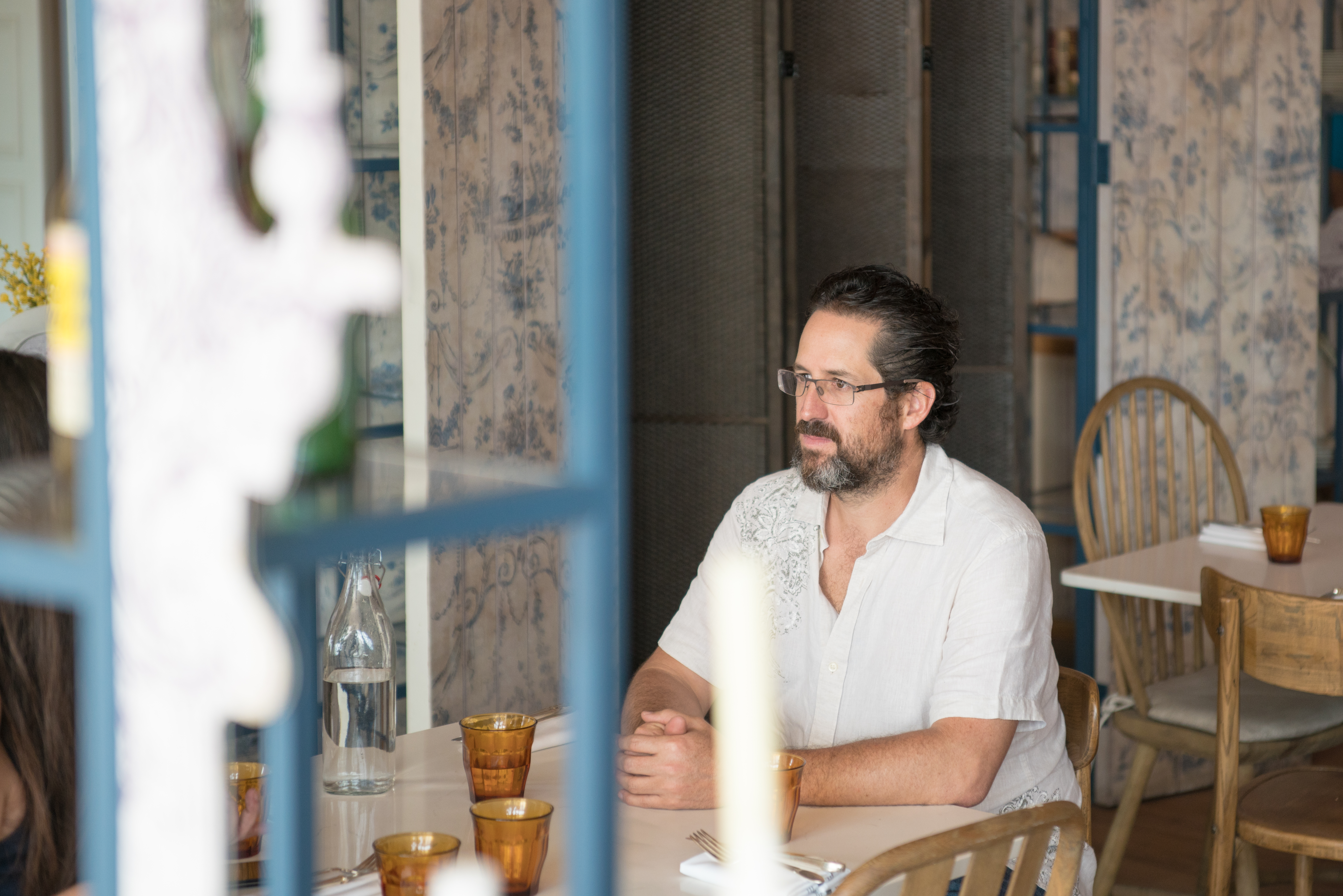 “At some point many of my suppliers were located here in the Michigan area and they started asking me if I could open a branch here,” says Negrete, who now lives in Bloomfield Hills. “So my wife and I came here and opened a branch. That was in 2006 and we’ve been here ever since.”

That connection to the car industry helped the Negretes land at the Crowne Plaza. Mexican developer and friend Gabriel Ruiz renovated the Cobo Center-adjacent property in 2013. The 25-story hotel initially housed two restaurants, the upscale Top of the Pontch on the top floor and the casual Jefferson House in the lobby – both of which failed to resonate with diners.

The restaurant shuffle created the opening for La Dulce to broker a deal to take over the lobby-level space. Meanwhile, the Top of the Pontch area – which boasts one of the most impressive views in the city – is now reserved for private parties, with catering provided by the restaurant.

Aside from that friendship, it’s perhaps serendipitous that a veteran automotive professional would one day find himself opening a restaurant in the Crowne Plaza, which when it first opened in 1964 as the Hotel Pontchartrain, was considered the epitome of architectural modernity and a symbol of the city’s industrial might.

Back then, riverfront hotel was home to lavish terrace parties where auto executives and ad men went to flaunt their status.

The Negretes have managed to use that once iconic lobby to exude the sort of sultry swagger that Detroit has historically been known for. And while the menu has changed some since first La Dulce opened – some of the more inventive items have been removed, while an American burger and lobster roll have been added, for example – much of its Spanish flair continues to shine.

The new lobster roll found on the lunch menu at La Dulce.

Luis Negrete says this fall, La Dulce will make good on its promise to slowly nudge Detroiters to more chef-driven cuisine found in his home country, in time for Mexican Independence Day (Sept. 16). During the month of September, the kitchen will recast itself as a traditional Mexican eatery. Down the line, the Negretes envision a stand-alone Mexican fine dining establishment in the city.

Of the challenge of changing people’s minds about the food he grew up with, Negrete says he’s up for it and will continue to find subtle ways to incorporate his influences into the restaurant.

“It’s a tough industry, but I really love it,” Negrete tells Tostada. “Like other professions, you have to have the passion for it.”

(Pictured above, an heirloom tomato salad with preserved tuna belly, signage from the Crowne Plaza lobby, co-owner Luis Negrete, interior of the bar and lounge areas, the lobster roll and tuna tosta with avocado. All photos by Rizwan Lokhandwala. Check out more of his work on Instagram @naaksaafkur)