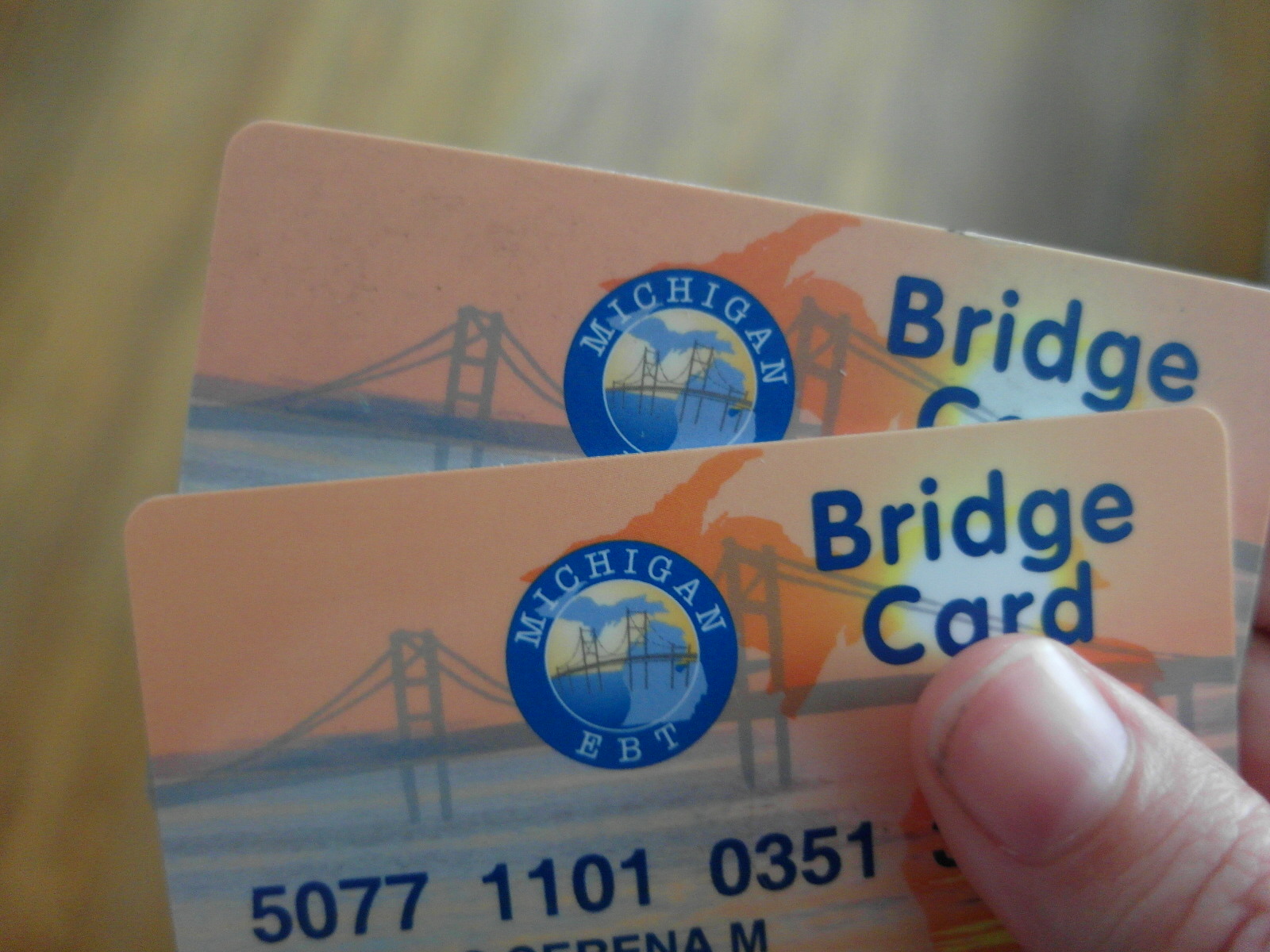 This year was rough for my dining budget. I lost my most significant source of income with little warning (pinche newspapers!), so my lavish nights of wining and dining I enjoyed as food critic for the Metro Times were slashed dramatically.
In fact, I applied for EBT (electronic benefits transfer, aka food stamps) for the first time in my adult life. A humbling experience, no doubt (harkening flashbacks of my mom sending me to the corner market as a kid with a book of food stamps to buy milk).
This could have been a source of shame as anyone who grew up having to tear off those conspicuous coupons in the check-out line can attest to. The truth is though, that EBT assistance (known as Bridge Card in the state of Michigan) is a much-needed program for tens of thousands of Detroiters. In fiscal year 2015, some 50,000 Wayne County residents (where I live and where Detroit is located) were enrolled in the food assistance program. And that’s a stark decline from 10 years prior, when 140,000 received these benefits, thanks to restrictions on how long individuals and families can receive assistance. What’s more, Bridge Cards are the source of an informal economy, as I learned from fellow Detroiters, for many looking to buy or sell their credits when it’s time to go shopping.
I count myself as lucky among EBT recipients. Unlike many beneficiaries, I have the status of having a college degree and am trained in a field that’s simply out of reach if you lack a higher education, writing skills and connections.
So instead of letting it get me down, I found ways to make it work.
In the tradition of thousands of food writers across the country, here’s my listicle of favorite meals of 2017, supplemented in part by the mighty Bridge Card: 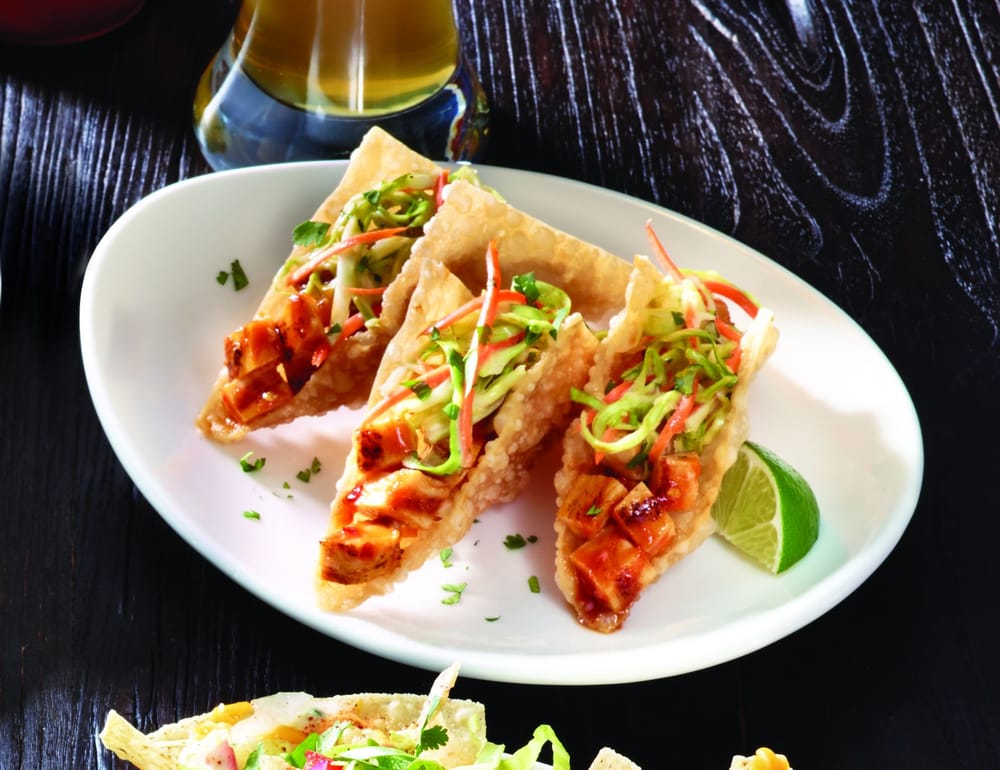 1) Appetizers at Applebee’s on 8 Mile — With far less steady income this year, I did lots more grocery shopping to stretch those food stamp dollars. This meant monthly trips to Meijer on 8 Mile when my Bridge Card refilled mid-month. To avoid shopping on an empty stomach and to treat myself a lil bit, an appetizer sampler from the Applebee’s in the parking lot did the trick. I recommend the chicken wonton tacos.
2) EBT wings from US Fish and Chicken — The halal fried chicken and fish spots abound in Metro Detroit. They’re great because they accept EBT. The US Fish and Chicken spot, formerly the Hamtramck Wendy’s was my go-to. I recommend requesting your order dusted with lemon pepper. EBT covers the bulk of the cost, just pay 50 cents for them to fry it up for you.
3) Forest udon from ima — A group of Spaniard filmmakers hired me to fix their production this summer. As with most out-of-towners, they quickly grew tired of Coneys and pizza and wanted something a lil more healthy. The umami-rich vegetarian broth and slurpable noodles were a smash hit… And oh so friendly on the pocket book (pro tip: when you’re hired to do a job for a film crew, make them pay for meals). 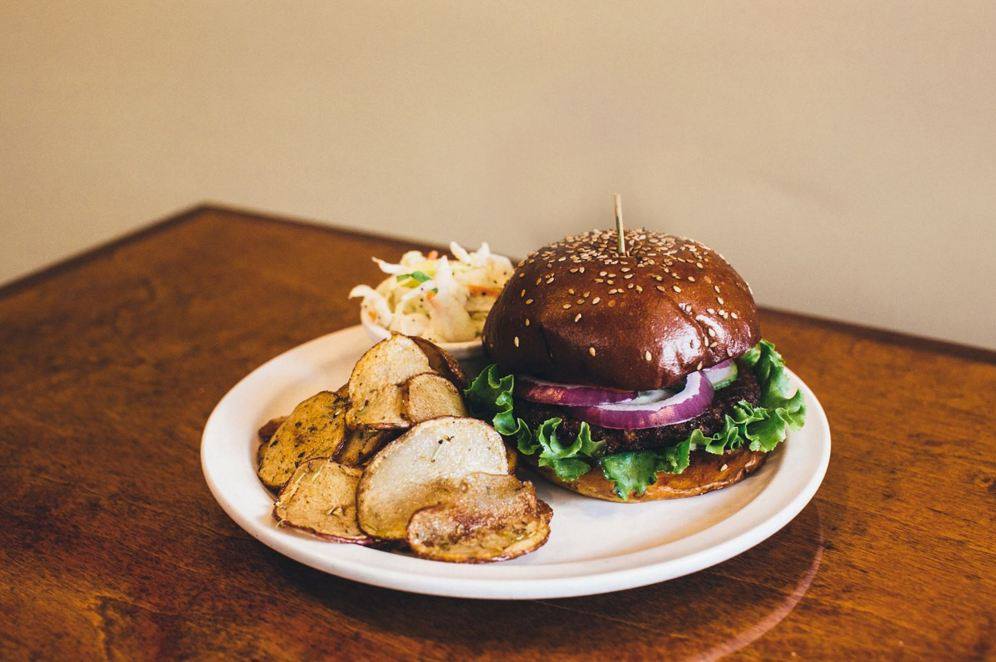 4) DVS Burger from Detroit Vegan Soul — One of the few times I got to dine out this year for no other reason than that I was hungry to try something new was at this West Village eatery. Despite my apprehension over bland veggie burgers (they’re all too often just formed black bean mush), I really enjoyed the DVS burger. It’s got a nice crunch and a touch of spice, giving for exceptional texture and flavor for a non-meat burger. Pair that with a hibiscus tea and you’re set.
5) Shawarma from the hot food counter at Holbrook Market — When shopping for fresh produce at this Hamtramck grocery, I tried to set aside $3 for a sharwarma sandwich. The meat is tender and juicy, it doesn’t have that dried out grocery store rotisserie chicken vibe so common at super markets.
2018 is already promising to be a better year in my #freelancerlife… Thanks to some of the wisdom I picked up from my EBT budget, may the New Year also be more prosperous.
This article was made possible by the Detroit Journalism Engagement Fund, a project of the Community Foundation for Southeast Michigan, that’s working to increase quality journalism and help better inform communities.