Chinese New Year has always been important to me culturally, but its primary appeal has always been the food. Aunties and uncles would flock to one house, armed with heavy crock pots, the karaoke machine and red envelopes of money, just to celebrate the turning of seasons. And through the ear-splitting conversation, clattering mahjong tiles and scratchy Chinese ballads, my cousins and I would focus on only one thing: getting back to the kitchen island for another plate. For wealth, we ate crisp pan-fried pork dumplings and fat orange clementines; for prosperity, boney fish steeped in chili sauce; for longevity, cold rice noodles with green onions. After our third plates had been cleared, we steeled ourselves to fit down a bit of nian gao , or sticky rice cake, to ensure growth in the next year. And finally, in the wake of the next morning, our mothers would prepare tang yuan , little white rice balls filled with sesame paste, for family togetherness and happiness.

Being a minority in predominantly white pockets of Metro Detroit often meant celebrations like these became times when I could fully embrace the Chinese side of myself that I worked so hard to stow away in school. The strange thing was, food was often the vehicle that kept me grounded to my ethnicity. From the classic lunch box moment instigating my strict buying-lunch policy throughout grade school, to finding a good Shanghainese spot after living in Shanghai (Jeff’s Kitchen in Walled Lake, by the way), Chinese food and identity have always been, at least for me, inexplicably intertwined.

This isn’t something revolutionary. Food and culture often overlap in many communities, and within the context of Chinese America, food has often been a means of survival for many. The early 20th century chop suey restaurant boom allowed an influx of immigrants to enter the US, despite the Chinese Exclusion Act of 1882 that barred legal entry of Chinese immigrants on the basis of their race. Chinese laborers set up grocery stores and sustained them for decades. Detroit’s former Chinatown grew in a similar fashion, through a bustling collection of shops and restaurants expanding from Third and Michigan, at the turn of the 20th century. In fact, the city’s first two Cantonese chop suey lunch counters opened in 1905 alongside the Detroit River, to feed hungry sailors. The role of Chinese food for Chinese people in America has shifted and evolved in so many ways, often without any recognition. 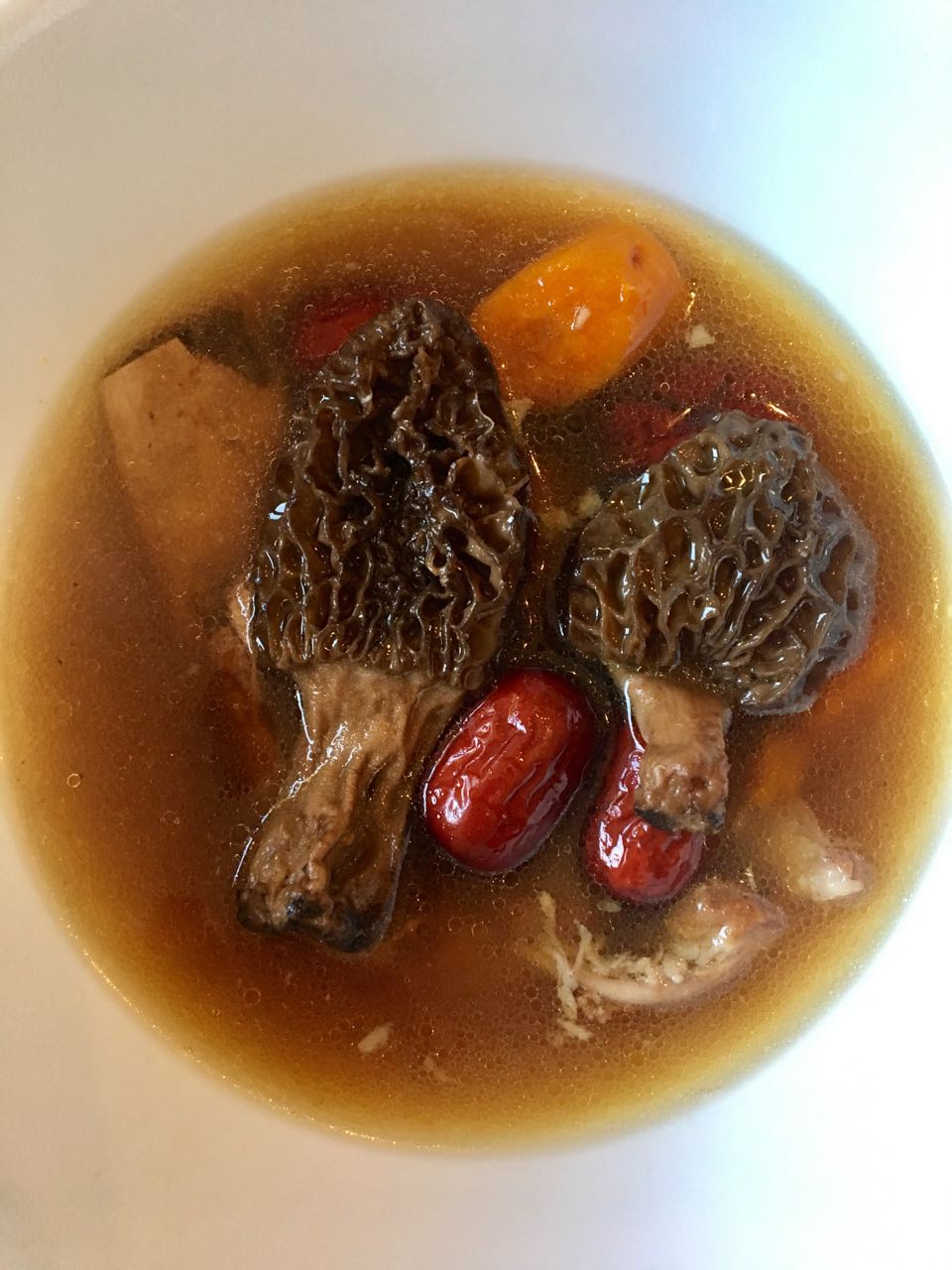 But with the constant challenges to the notion of racial and ethnic identity, what did Chinese food mean to Chinese Americans? For me, like many Chinese-Americans in Metro Detroit, food was often only present at family gatherings, a means of celebration and cultural appreciation. But for Kevin Liu, a fellow student at the University of Michigan, his relationship was very different. Kevin’s parents own Peking Chinese Restaurant in Iron Mountain, Mich., which adopted a more Westernized palate in order to stay afloat financially. We sat down to talk about this very experience, in which he detailed a two-folded narrative of what Chinese food meant to him: both a way to relate to his identity through the food he ate with his family, but also serving as a costume at work, altered and fitted to appease American tastes in plates of orange and kung pao chicken.

“I think it was a result of the stereotypes of what Chinese food could be, that it’s gross or– I heard a lot of comments when we started like, ‘do Chinese people really eat dog?’ and stuff like that,” he laughs.

Peking Chinese Restaurant serves many dishes I would never have thought to be authentically Chinese, like Chinese donuts and french fries. Although China has more than 30 provinces and an innumerable array of individual cuisines, I don’t think french fries are a part of any. But while I did not press Kevin about the fries, I did have to ask him about one concept that has lingered in my head every time I order Chinese takeout: fortune cookies, a treat invented by Japanese immigrants and adopted by Chinese restaurants in America to create a distinct attraction for Western consumers. What about the fortune cookies?

“I knew this was something [Chinese people] didn’t really do,” Kevin says, “but my dad said you know, we have to do this, we have to keep this up. It’s this whole aesthetic of what Chinese food is in America.”

The reality is that for many Chinese-Americans, this presentable mask of Chinese identity is a very familiar survival strategy. Be who they want you to be, and everything will be OK. Make your food less strange, hammer out your accent and stay within the comfortable boundaries of middle management. While I had to confront it in many subtle way, it seemed that Kevin’s battle with this assimilation was much more head-on. Meanwhile Madeline Bross, a student at Michigan State University, had an almost opposite relationship. As a transracial adoptee, Maddie discussed her relationship with food as a means to discover what her Chinese-ness meant to her, by frequenting local restaurants with her mother, and her participation in groups catered towards Chinese adoptees at school.

“We’ve tried to incorporate ideas from Chinese culture, even if none of us are entirely well-versed in what an authentic Chinese home would have. It’s the idea of being comfortable with mixing both the American ideas of food with traditional Chinese customs,” she explains. 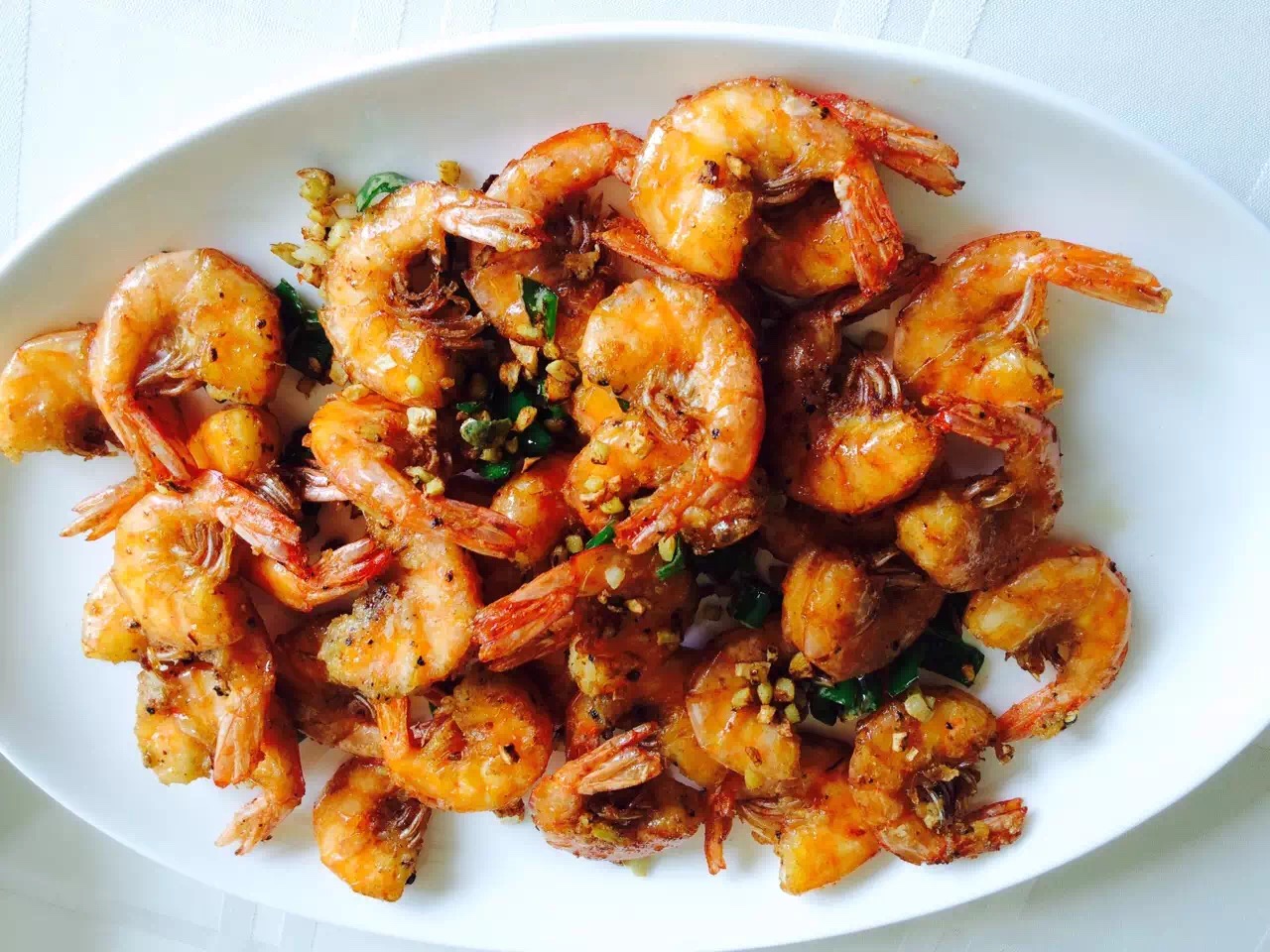 “I think because the way I was raised, unquestionably the primary influence on the culture I identify with is Italian– my mom is Italian, German, Polish. But she’s always tried to demonstrate how important it is to remember my roots, even if I didn’t grow up with them being very present all the time. It’s difficult to say. Because even if someone asks me ethnically, what do you think you are? I think white. But I feel like I at least have more exposure of what Chinese culture should mean to me, because of where I came from, because we did these different things.”

It is difficult to say. The understandings of what it means to be Chinese is constantly shifting and evolving as Chinese people continue to emigrate, adopt, marry and interact with the outside world. And although food might sometimes seem like a mundane aspect of life, it can lend a greater hand in exploring the notions of what a culture might signify to its eater. Sitting down with people of the same ethnicity, but different identities, only proved just how just like Chinese cuisine, Chinese identity varies so wildly that we often forget just how many narratives there are to fit into the box of what it meant to be Chinese. The stories of the Chinese-American population, from first to fifth-generation, from multiracial to Muslim, are often overshadowed by this mask of what is expected of Chinese people.

I will not be spending Chinese New Year with my family. I will miss the crunchy dumpling skins, picking fish bones from between my teeth, soft tang yuan and everything that goes along with those things. But food, at the end of the day, is food. It is what these foods signify that often makes them special. And at the end of the day, being Chinese is really just having roots from one place. But it is what we become that makes this community special.

(All photos courtesy of Steffi Cao)