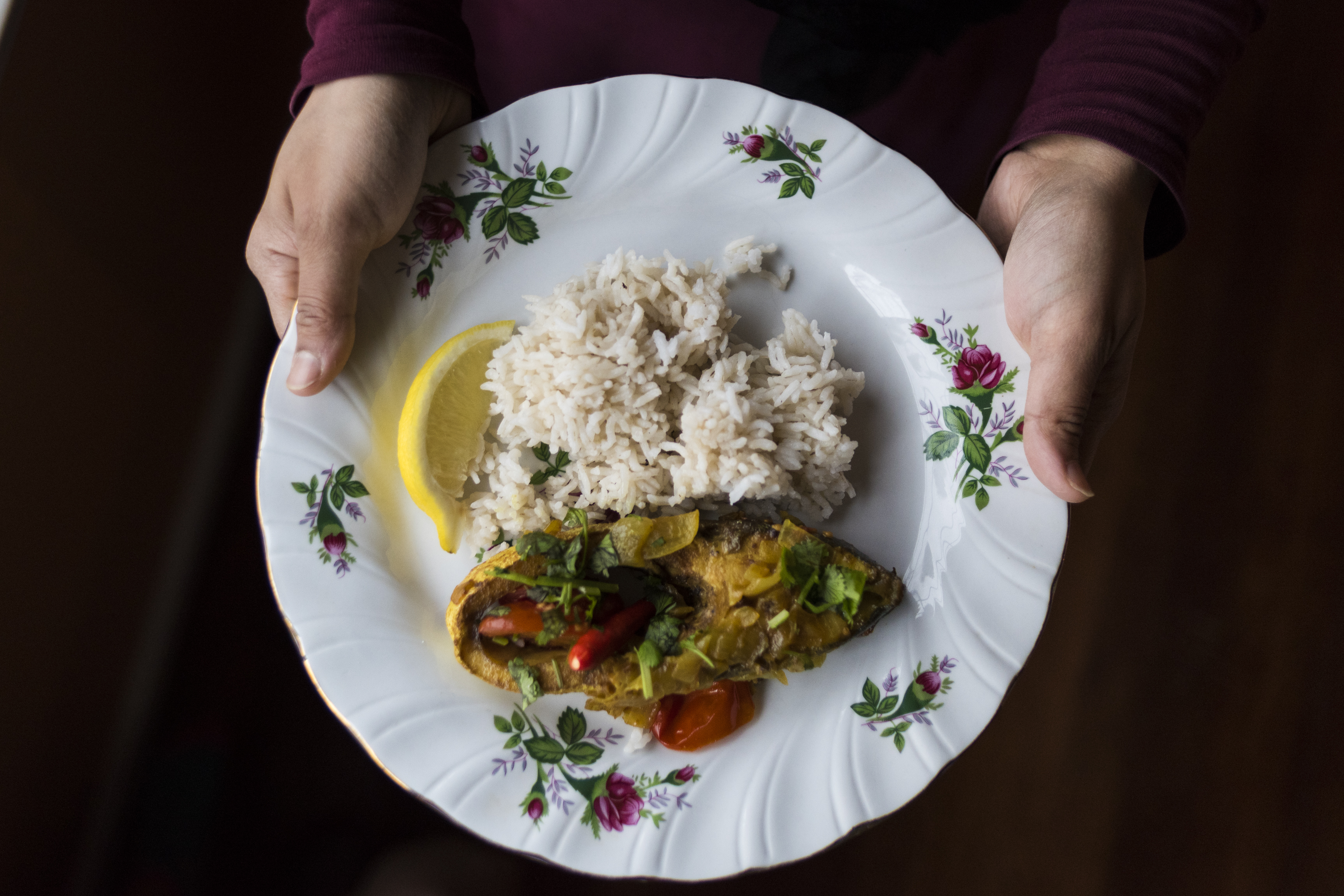 It’s 4 a.m. and the alarm is buzzing non-stop. I roll over, hit snooze on my phone and try to get a few more minutes of sleep. Then the calls start coming in: my in-laws, my husband, one by one. All four families. Family love. If I were to wake up first, I would be the one making the morning rounds.

I get out of bed and go downstairs. I tiptoe as not to wake any of the kids (they have a sixth sense, I swear). Rubbing my eyes, I turn on the lights in the kitchen, turn on the stove to medium heat and take out food from the fridge: a pan of fried fish, chicken and potato curry and goat curry. Meanwhile, I pour a cup of milk into a small pot and warm it on the stove, taking care to turn it off just before it boils over.

I grab two plates, a pot of rice out of the rice cooker, and some sticky rice I cooked on the stove. My husband and I sit down to eat sehri, or suhoor, the pre-dawn meal before fasting begins for the day. We eat quickly, put all the dishes in the dishwasher, then pray the morning prayer Fajr, read 15 minutes of Quran, and then go back to sleep. On weekdays, we will wake up again after about an hour to get ready for work. On the weekends, we get a few more hours of sleep before the kids wake up bright and early, asking me to feed them breakfast.

Some days I forget to pack the kids lunch until we’re running out the door. I give them leftovers from sehri or iftar the night before.

The Holy Month is a time of fasting for Muslims around the world. Kids over the age of puberty and adults who are able (the sick do not have to fast) fast from dawn until dusk. Yes, even without water. The month represents as much of a physical cleanse, as it does a spiritual detox from gossiping, lying, cheating, and doing any deeds that take one away from the remembrance of God. Extra prayer each night is commonplace, especially among men, while other general acts of charity, reflection, and reading the Quran are practiced throughout the month.

Just as important as fasting and prayer are the rituals around food when fast breaks.

When I was a kid and young adult, I was often satisfied with a simple bowl of cereal or ramen noodles instead of the heavier traditional sehri spread. I wasn’t responsible for setting the table. Many days I would only wake up to drink a quick glass of water and fall back asleep. During school days, sleep was the top priority. 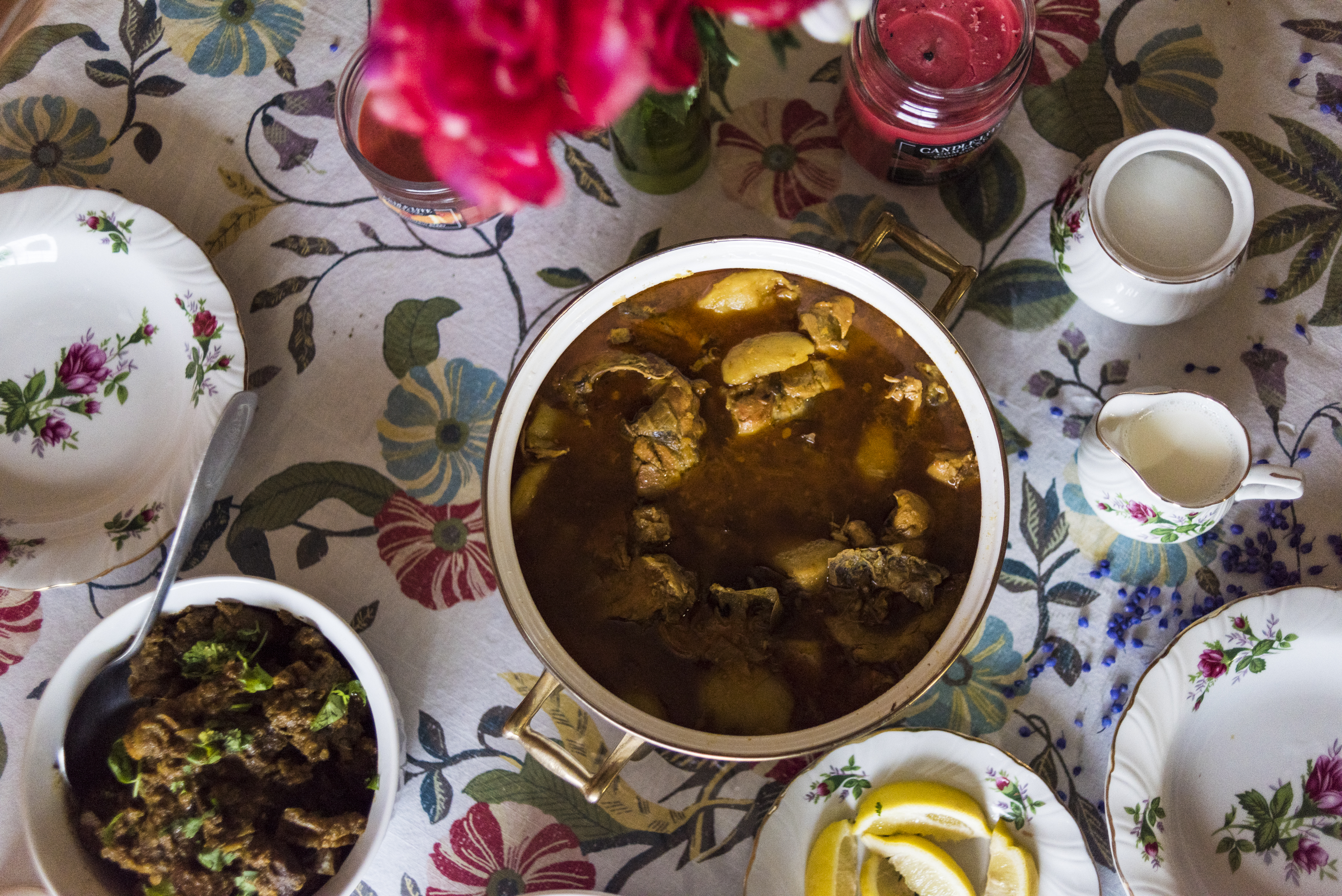 But when I got married and lived with my in-laws and their families — at one time, there were 13 people living in a 1,400-square-foot home — my responsibilities around sehri grew. Somehow as I got older, I realized that preparing an elaborate Bangladeshi American spread with my family was a way to preserve our culture.

We spent several hours on cooking each day. The evenings were spent preparing iftar, the meal after dusk that breaks fast, and the late nights, were reserved for making the sehri meal. Most of the time before going to bed, I made sure to set the table, sometimes well after midnight, after night prayers and all my other chores.

The pre-dawn meal usually consisted of a massive table full of meats, fish, and vegetable dishes. The meal was finished off with half a cup of sticky rice, mangoes or bananas, and milk, sometimes with a scoop of Nido milk powder to the mix for added texture and flavor. 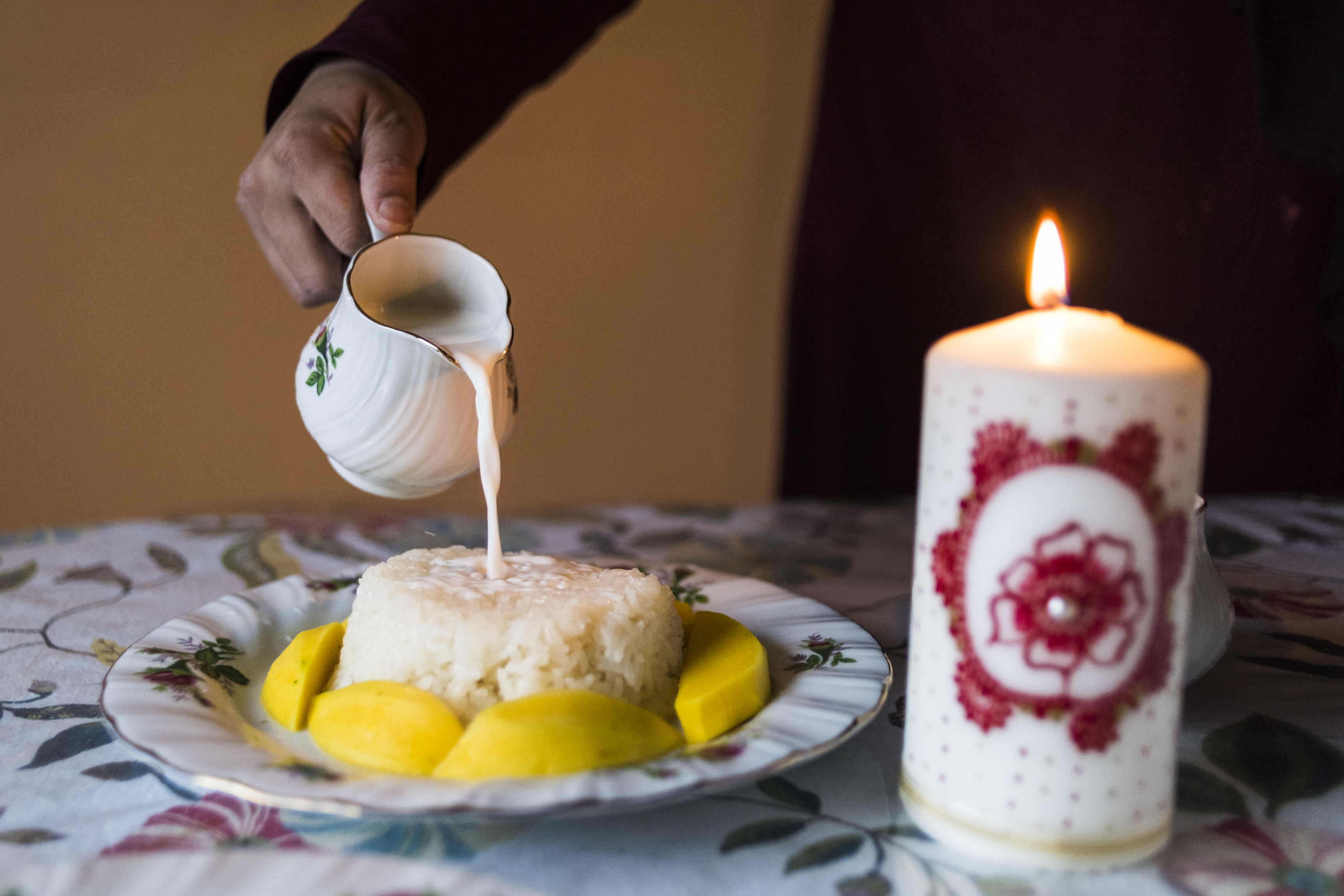 After everyone ate, my sisters-in-law and I took turns washing the dishes.

Now am I no longer responsible for feeding a household full of adults, it’s just me and my husband and sometimes a kid that wakes up, but we still have our special rituals between the two of us.

My husband is big on fish, so in our house, I usually prepare ayr, rui or rup chanda fish which has big bones that are easy to pick out. To prepare this, I wash quarter steak-sized pieces and pat them dry off with a napkin. I then add curry, red chilli powder, salt and turmeric and mix it all together before frying it on the stove in canola oil, flipping it over on each side to cook through. The fish is later added to a bed of stir fried onions, red chilli peppers, bay leaf, salt, turmeric, coriander powder and a little bit of chilli powder. It’s garnished with cilantro and often eaten with a lemon wedge.

While women across the world have their own unique sehri traditions — everything from bagels to smoothies to soups and bread — we are holding onto our heritage by keeping rice, curries, lots of vegetables on the table.

As I stare at my husband across the table, he picks up a morsel of rice and chunk of fish and stuffs it into his mouth. His eyes are red, and he is struggling to stay awake. I am mostly quiet, I have little to say so early in the morning. But I reflect that around the world, there are many people just like me, mostly women, warming food for their families, setting the tone for the household, and keeping the household functioning.

This article is part of the Ramadan in Detroit storytelling series and was made possible by the Insight Surgical Hospital of Warren and Wheelhouse Detroit Bike Shop, with locations in Detroit and Hamtramck.