Detroiter Marlin Hughes always wanted to create a restaurant space where he and his son, who has autism, could coexist without worry over the types of food he was eating.

“He’s a non-verbal guy; I need to know exactly what is in his body at all times,” Hughes said. “Because I have power and authority over what’s going on so I can control his symptomatic issues.”

That dream grew with his son’s favorite dish, Hugh’s signature vegan chili. His inclination to start his own restaurant was also reinforced when his wife hit a milestone birthday and had one special request for the menu: Hughes’ stuffed peppers.

The peppers are stuffed with meat options or jackfruit that is ground up and cooked then filled with beans, rice, and cheese. Once the pepper is filled Hugh adds his special sauce and seasoning and bakes them in the oven for all the ingredients to harmonize together.

So with the encouragement of his family, Hughes  opened the Detroit Pepper Company in September 2019, in East English Village as a carryout-only restaurant with a variety of vegan and non-vegan options ranging from his signature vegan chili (found on the menu with the taco grain bowl), stuffed poblanos, bell peppers, and jalapeños, plus a variety of freshly-made smoothies. 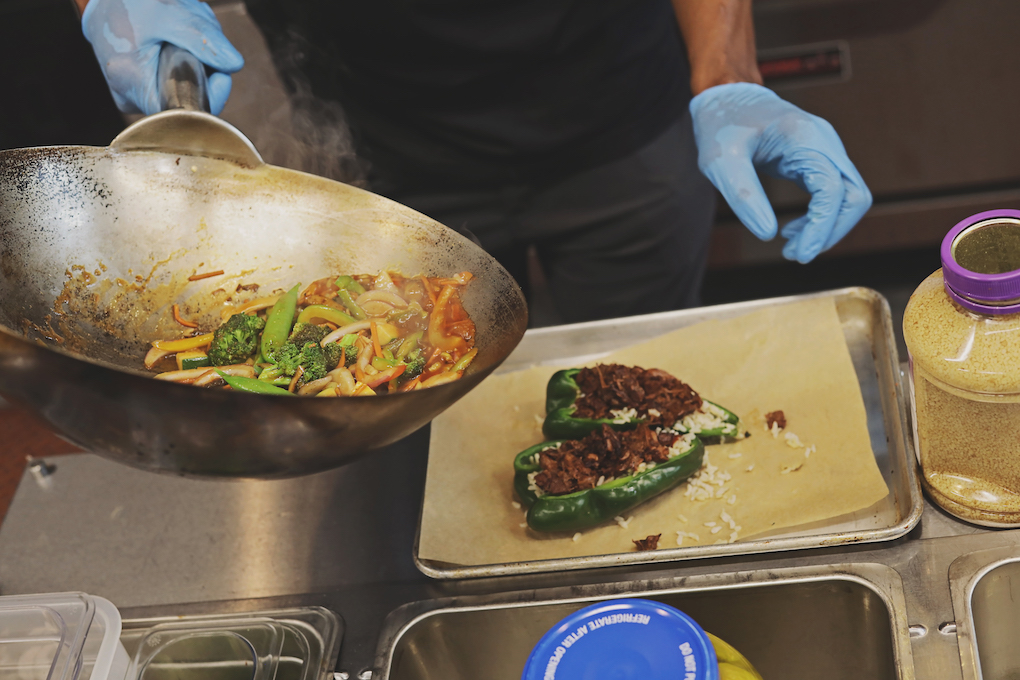 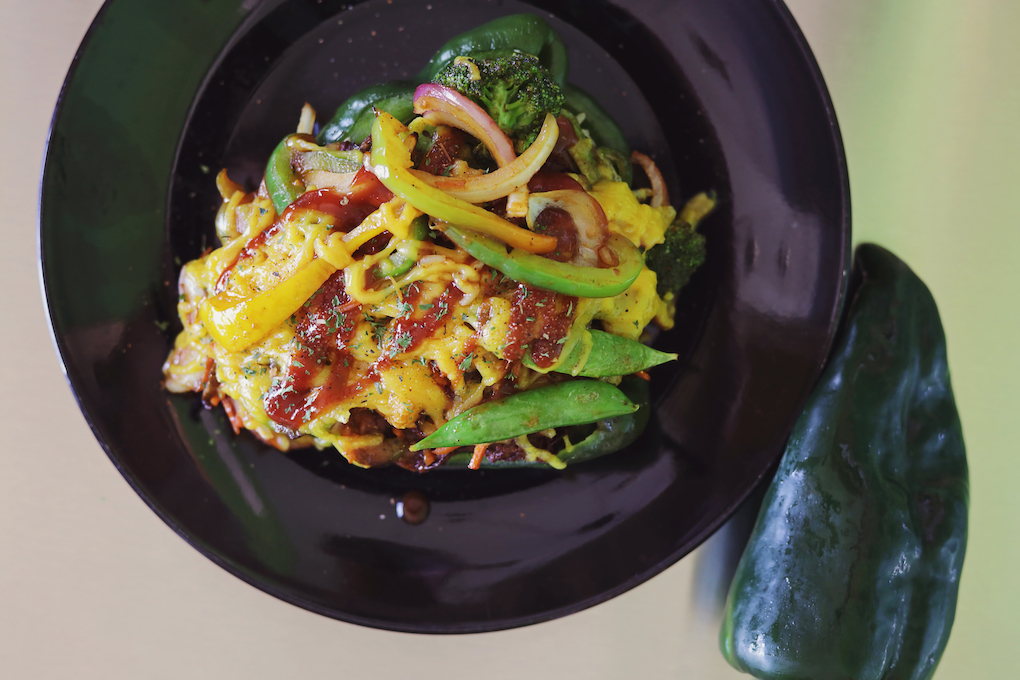 In addition to those two family favorite dishes, the menu is made up of healthy alternatives to the pizza or chicken wings that are typical to other takeout spots To give his son an opportunity to get involved, Hughes focuses on cooking while his son helps stock items in the kitchen. Customers have the option to substitute jackfruit instead of meat.

A few months into the opening, The Detroit Pepper Company, like many other eateries in Michigan and across the country, was affected by the coronavirus pandemic.

With the loss of traffic coming into the restaurant, Hughes switched gears to feeding frontline healthcare workers when he was tapped to participate in the  Pay It Forward campaign, a crowdfunding effort that has helped restaurateurs like Hughes get through slim times.

Organizers behind the campaign had taken note of how the restaurant industry had been hit particularly hard leaving more than 70,000 restaurant jobs lost early on during the state’s shutdown orders. For restaurateurs of color, the pandemic has only highlighted the many obstacles faced for realizing sustainability.

At the same time, volunteers noticed that social services organizations like the Neighborhood Service Organization (NSO) had to pivot by transferring around 100 homeless residents to a new shelter to keep with social distancing requirements but in a space that lacked a kitchen.

This multi-sided dilemma created an opportunity: why not provide income for PoC chefs who could prepare meals for others who’ve been especially vulnerable during the crisis? The group of volunteers started with a goal of raising $5,000 and wound up collecting more than $50,000, allowing the participating restaurants to provide meals through June when the campaign came to an end. 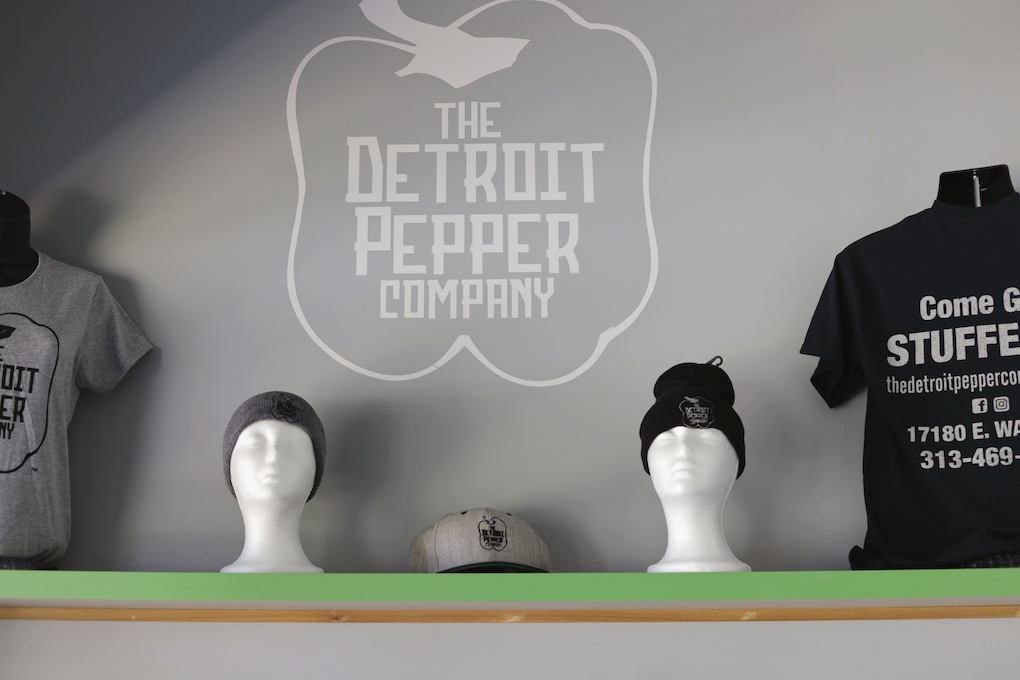 “It has helped me a tremendous amount while I move forward, but at the same time I receive some self-worth, making sure that I took special care and extra attentive to those who really had a fair shake during this time,” Hughes said.

As residents have started to revisit spots like Detroit Pepper Company as businesses have begun to reopen,  Hughes says he’s been especially appreciative of customers who come in from the surrounding East English Village, Morningside, and Cornerstone neighborhoods, and nearby cities of Grosse Pointe and Harper Woods.

“Most of the people that come in always say it smells like grandma’s place and so it makes me smile when I hear people say that.”

In times like these, those comforts of home come especially in handy.