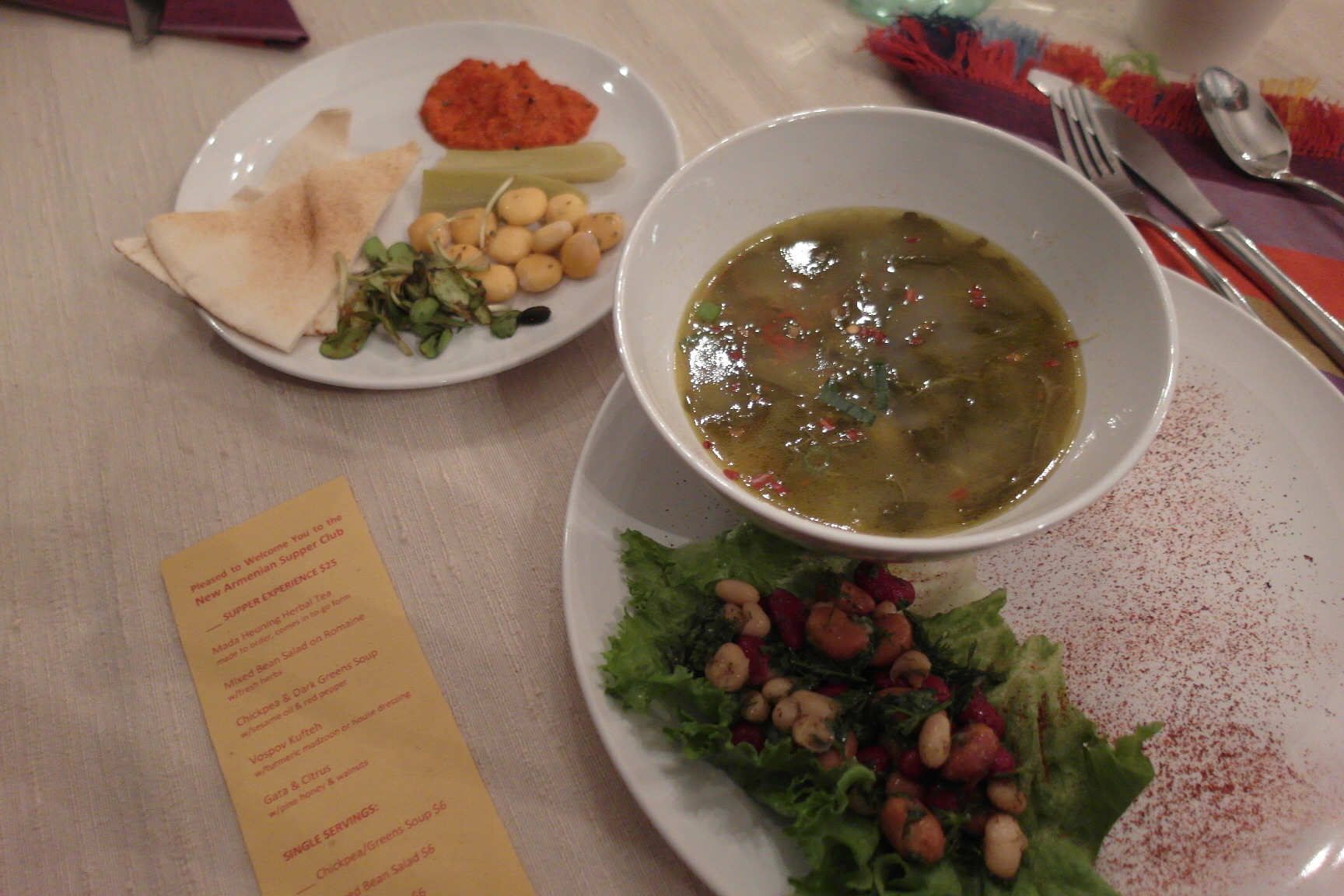 First thing you’re greeted with when you step inside one of Julién Godman’s New Armenian Supper Club popups is a steaming cup of herbal tea.

It’s made right on the spot, the loose leaves filled in a cloth tea bag. Along with the soft lighting at the venue (revolver) in Hamtramck and Godman’s warm smile as he floats through the dining room, it immediately sets guests at ease and ready for an experience of flavors. 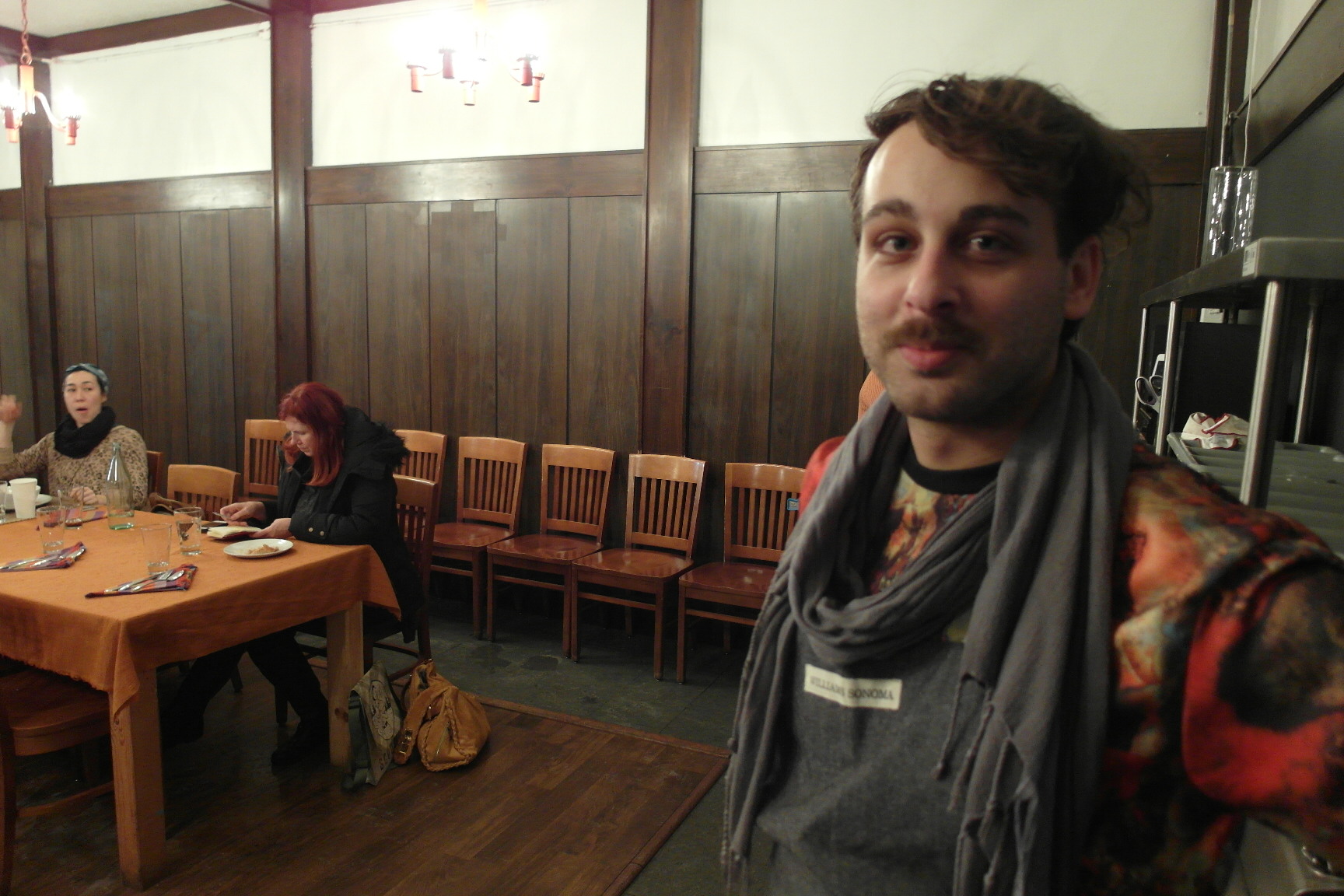 It’s a meal that’s both familiar and yet, completely new, says a dining guest, Liana Aghajanian, fellow writer and founder of the Dining in Diaspora storytelling site, which explores the Armenian-American experience through food.

The soup, Aghajanian explains, wouldn’t be made in a typical Armenian household. Nor would a traditional restaurant menu be plant-based, as is Godman’s (he’s vegetarian). His is a modern, veggie-friendly take on an ancient recipe that calls for aveluk or horse sorrel. He improvises, using spinach and mustard greens. 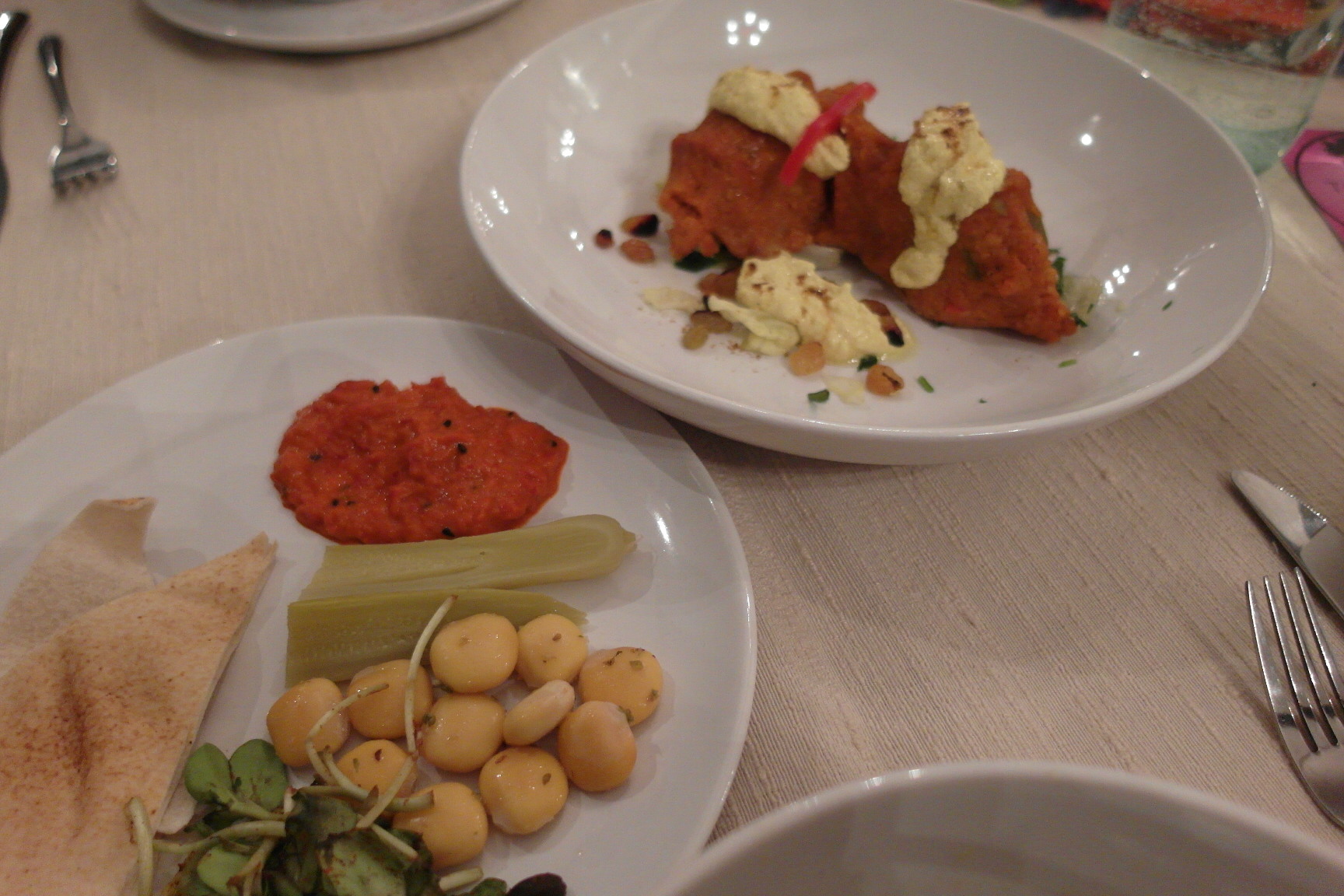 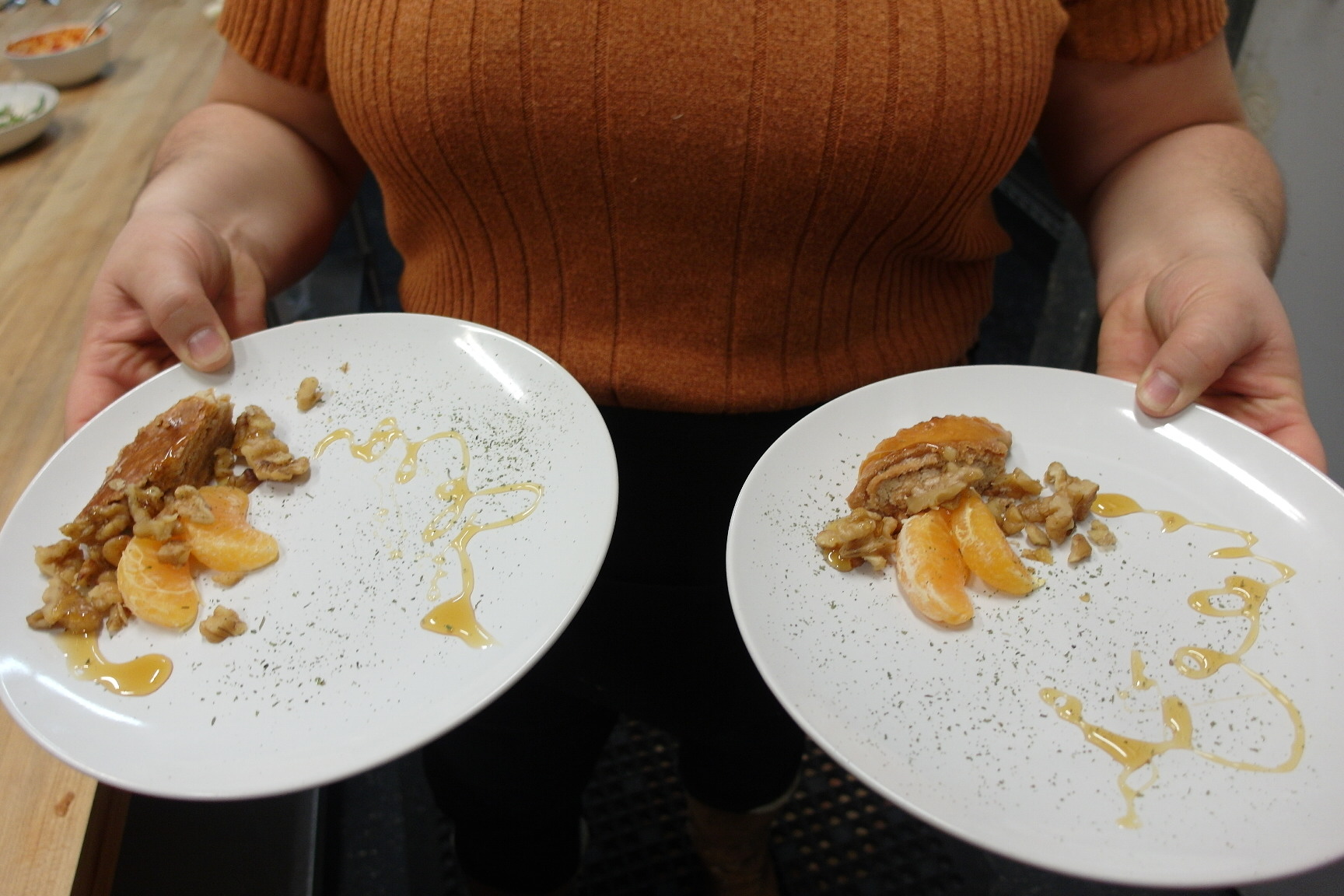 And then the following course is served, the vospov kufteh. As we both take big bites of the tart yogurt — garnished with sweet golden raisins, Aghajanian exclaims to Godman, “this is just like my mother’s.”

And that’s what’s so refreshing about Godman’s meals.

There’s a sense that he’s searching for a thread to his heritage using cooking as his guide. At the same time, he’s defining just what his culture means to him in just a few courses. Sometimes that means following tradition, other times it means taking his own approach, such as using vegan methods, or improvising with ingredients if he can’t find what an original recipe calls for. It’s this push and pull of old and new that’s so common among folks with a hyphenated identity (Godman’s mother was Armenian, while his father’s white).

Godman launched his New Armenian Supper Club series in January, with the support of (revolver) founder Peter Dalinowski. The venue typically opens up during the weekend, hosting a revolving cast of up-and-coming chefs that have included Tunde Wey (a popular chef and writer), Maxcel Hardy (River Bistro) and Kate Williams (Lady of the House).

With this new project, Godman can add dinner service to his repertoire of longstanding brunch popups and his Tonic & Juice tea venture. Meanwhile, (revolver) can test out weeknight service.

Godman tells Tostada that the brunch series started out a few years ago as a personal passion project, a way for him to explore his roots and get his teas out to a larger audience. His mother passed away when he was a child. He says it was her cooking that was the one aspect of his culture that stuck with him.

What he found was that other Armenian-Americans in the Metro Detroit region were also craving that sort of culinary exploration.

“My first five brunches I did on the east side, I would get random Armenians coming, people who I didn’t know, from places like Farmington or Southfield,” says Godman.

Godman says Metro Detroit is home to the fifth largest Armenian population in the country. But unlike other parts of the country like Glendale, which has the largest population in the United States, the community in southeast Michigan is more spread out, mostly in Oakland County suburbs. There’s a single Armenian bakery downriver in Taylor (Kardashian Bakery and Grill). In fact, the most significant cultural institutions for the community center around religion, with St. John Armenian Church in Southfield and St. Sarkis Armenian Apostolic Church in Dearborn, being the major religious hubs in the area.

The popups, Godman has found, have proven to be a source of unity.

Since those earlier days doing the brunches, he’s developed relationships with other Armenian-Americans in the area and a more intimate, private supper club has sprung as a result. During our recent visit at (revolver), scores of guests hugged him goodbye, asked about future suppers and made promises to get in touch again soon, including Aghajanian, who also befriended Godman after moving to Detroit about two years ago when she won the second “Write a House” residency.

While a stand-alone restaurant isn’t exactly in Godman’s near future, he says friends are waiting for that possibility. In the meantime, he’ll continue building on the small community that the popups have cultivated organically.

“Food is maybe one of the most important, beyond language, threads to being Armenian,” says Godman. “It’s the thing that we all talk about when we get together. No matter what we’re talking about, whether it’s film or traveling, food seems to be the center point.”

Seating for New Armenian Supper Club starts at 5 p.m. every other Tuesday. Tickets or reservations not required, but availability is first come, first serve. For more information, click here. (revolver) is at 9737 Joseph Campau in Hamtramck.