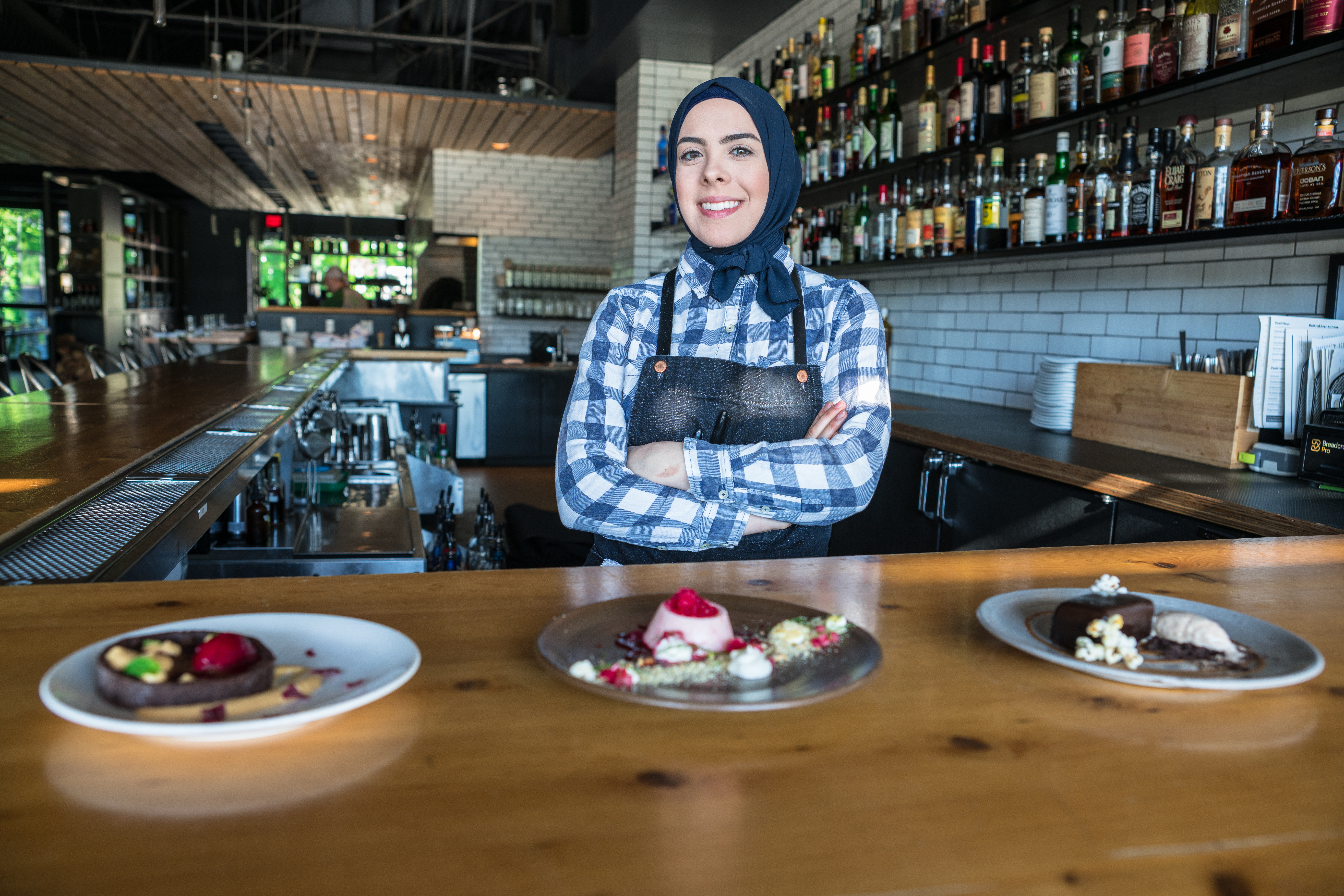 We’ve mentioned just what a badass pastry chef Lena Sareini is, and now this fresh talent can add James Beard Rising Star nominee to her growing list of accolades.

Sareini, who churns out decadent desserts at the lauded Selden Standard in Midtown, was among seven Detroit-area chefs and restaurants selected as semifinalists for coveted James Beard awards in several categories. The honor is considered the Oscars of the food world.

From proud papa, Fred Sareini, a most heartfelt congratulations…

Congratulations to my beautiful daughter @lenapatissier for her nomination of the 2018 JAMES BEARD AWARD SEMIFINALISTS Rising Star Chef of the Year! I can’t even begin to express how proud I am. I love you Lena and don’t let anyone say you deserve this because I have witnessed you earn it! Please swipe left to see the James Beard nomination or click on the link in my profile. . . . #LenaSareini #JamesBeardFoundation #JBF #2018JAMESBEARDAWARDSEMIFINALISTS #DearbornMi #ActuallyDetroit #TheDearbornFoodie #ThefoodWhisperer #Fsareini #thrillist #foodgasm #foodspotting #foodgawker #sharefood #yahoofood #huffposttaste #eatfamous #eater #forkyeah #dailyfoodfeed #foodporn #detroitfoodporn #DetroitFoodie #halal #halalfoodie

Sareini was among 27 other Rising Star nominees, described by the James Beard Foundation as a “chef age 30 or younger who displays an impressive talent and who is likely to make a significant impact on the industry in years to come.”

When we chatted with her during Ramadan in 2017, she told us she grew up always the “weird kid” with an artistic drive. Since graduating from Schoolcraft College’s baking and pastry program in 2013, she’s run with that artistic flair to stand out among her peers and last year made the cut as an Eater Young Guns semifinalist.

Fans appreciate Sareini’s knack for utilizing seasonality and honoring her Arab-American heritage in her pastry-making, as evidenced by this beauty…

Aside from her work at Selden, diners can check out Sareini’s creations as part of the finale Winter Chef Series at Gather by Eastern Market, which all season long has featured a rotation of promising chefs. More details can be found here.

In all, seven Detroit-area restaurants and chefs scored nominations for the coveted awards. Other nominees include: Corktown’s Lady of the House for Best New Restaurant; Lisa Ludwinski of Sister Pie in West Village, who received her second nomination for Outstanding Baker; Zingerman’s in Ann Arbor for Outstanding Service; and for Best Chef: Great Lakes region, Thomas Lents of The Apparatus Room downtown and James Rigato of Mabel Gray in Hazel Park.