The name Inti in South America’s indigenous Quechuan language refers to the sun god in Incan civilization. In the highlands of Peru, the sun’s heat was responsible for nourishing the maize crops, was believed to cause rain and ensured the welfare of Sapa Inca, the ruler of the Kingdom of Cusco.

Luis Miguel Ballesteros, a native of Lima, tells Tostada Magazine that the main theme around Incan life is centered around the sun to this day, from festivities to religion, even the way things around built.

“The sun represents brightness, it makes you think of enthusiasm and energy,” says Ballesteros. “I thought it would be a good representation of our culture overall.”

And so, when he and life partner Greg Reyner (owner of Cafe Muse in Royal Oak and a partner of the forthcoming Marrow in Detroit’s West Village), began to think about creating a Peruvian menu, the name just fit.

The Inti menu was recently unveiled inside Atomic Chicken (6500 Woodward Ave.), where Reyner is also a partner. In addition to the spot’s already established fried chicken sandwiches, wings and tenders, guests can now get a taste of Peruvian cuisine — somewhat of a rarity for Metro Detroit.

Atomic Chicken first opened its doors in 2016, with a location in Clawson, followed by the New Center spot, formerly a Popeye’s Chicken. That section around Woodward and Grand Boulevard is in the midst of dramatic redevelopment, with the addition of new housing and a string of upcoming eateries — all stemming in part by the fairly recent opening of the QLine. While the area is expected to join Midtown, downtown and Corktown as the next “trendy” Detroit neighborhood, business hasn’t quite yet picked up at places like Atomic, which hold limited weekday hours and closes at 2 p.m.

The downtime does give the owners the freedom to experiment with its offerings. For a brief stint during the winter, for example, the Atomic Chicken menu was accompanied by Buffy’s Mexi-Casian food truck. Now, Reyner and Ballesteros have teamed up to create a menu that draws from Ballesteros’ childhood. 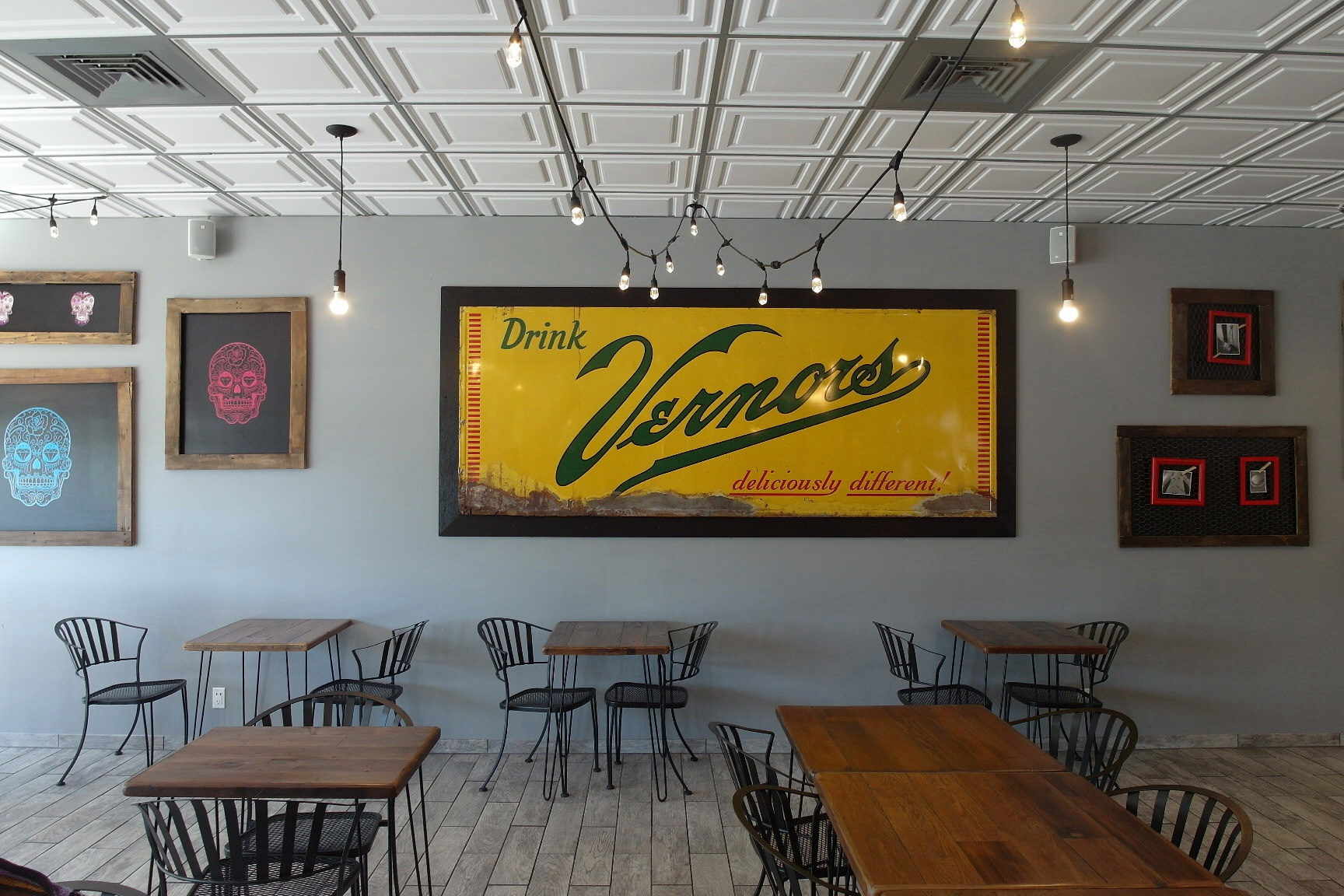 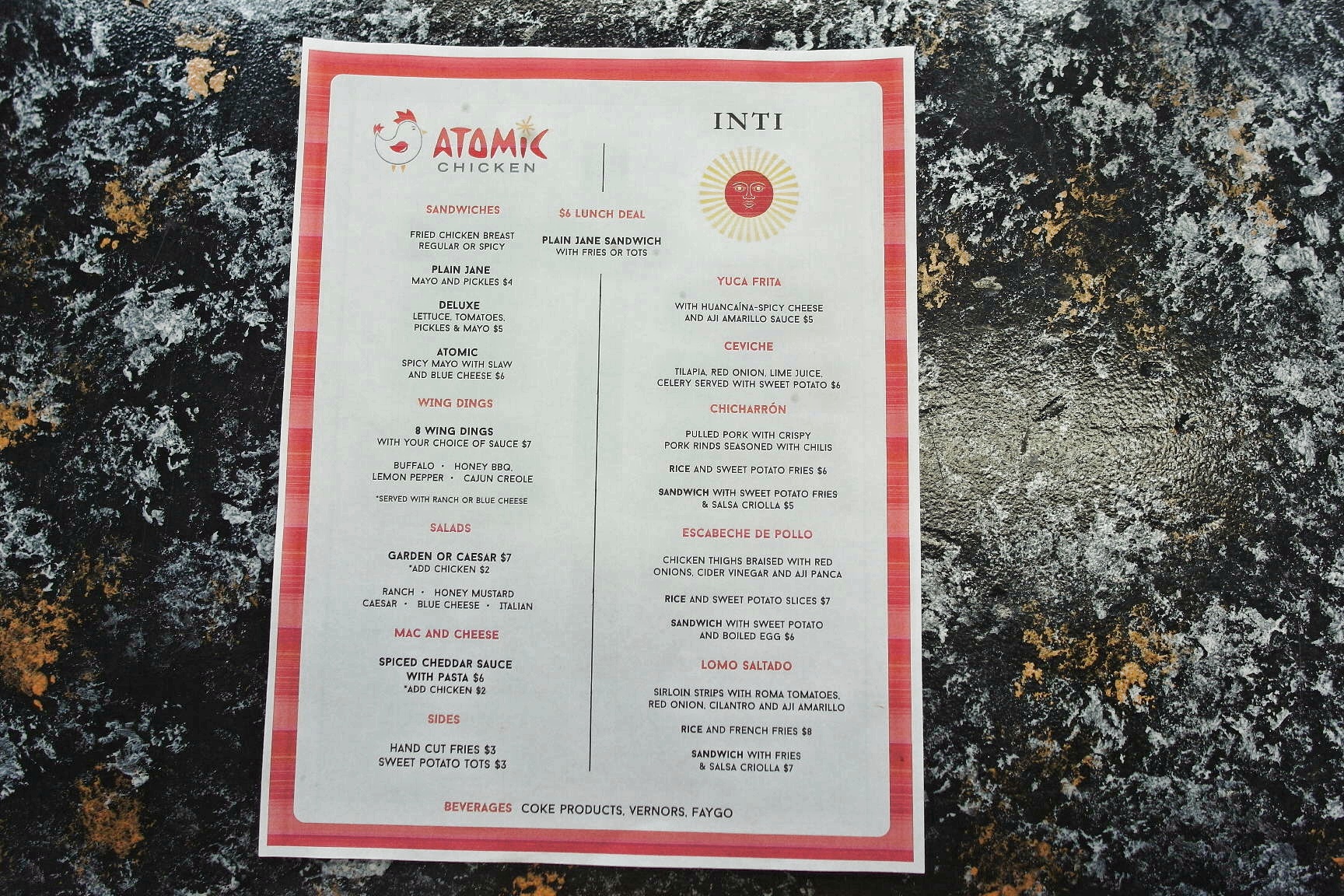 Ballesteros tells Tostada Magazine that because of the geography of Peru — from mountainous, high altitudes to the vastness of the Amazon and an expansive coastline — the food there is quite varied. It’s this abundance of biodiversity — as well as influences that span pre-colonialization, the Spanish conquest and 19th-century Chinese migration — that has helped the South American country gain recognition as the “World’s Leading Culinary Destination” six years running by the World Travel Awards.

“It’s sort of like a fusion of different parts of the world, with unique local ingredients,” says Ballesteros.

The brief menu at Inti reflects that, with a selection of hearty comfort foods palatable to a Midwestern ethos. We tried three entrees and noted that global influence.

The escabeche de pollo — a braised chicken thigh dish with a pickled mixture of red onions, cider vinegar and aji panca (Peruvian red pepper) — speaks to the impact the Moors had on Spanish civilization some five centuries ago. We tried it with a side of rice and thick slices of sweet potato and boiled egg. What we found was a nice balance between slightly spicy, sour and sweet that tasted even more flavorful as leftovers the next day. 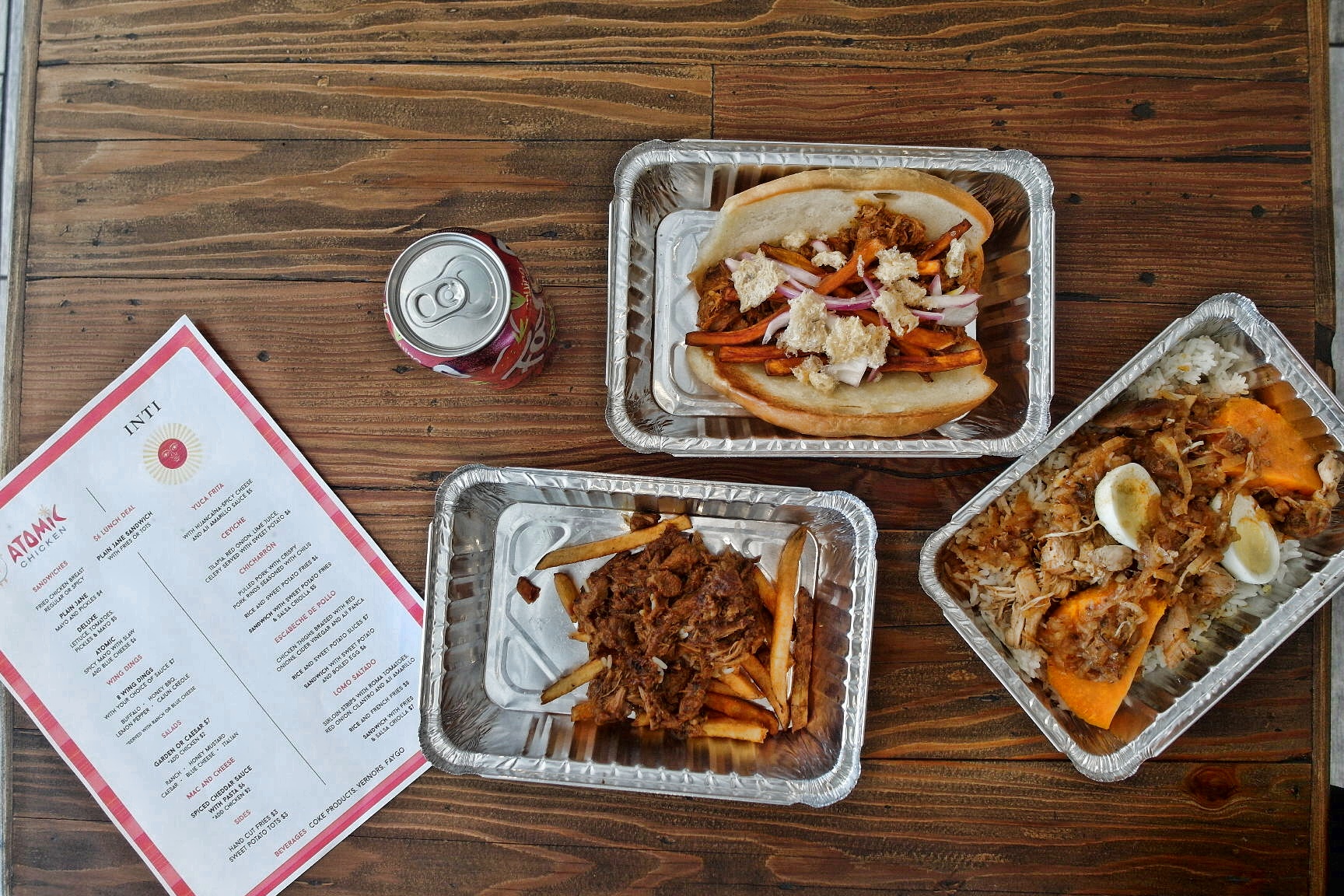 The ubiquitous pork chicharrón makes an appearance on the menu. Unlike the Mexican version, which tends to be more crispy in texture and tends to be more familiar to folks around here, the Peruvian version is braised and fried for more of a stewed consistency. It’s then stuffed into a crusty bread roll. Here, Reyner uses pulled pork and adds bits of those familiar crunchy rinds on top — all inside a bolillo from Sheila’s Bakery in Southwest Detroit. As a sandwich (guests can decide if they want theirs in bread or with rice), it also comes with sweet potato fries.

Then, there’s the lomo saltado, one of Peru’s most popular dishes and folks with even just a casual knowledge of Peruvian food have probably tried it. If you like poutine or loaded french fries, you’ll love lomo saltado. It’s essentially a stir-fry, with thinly-sliced steak, onion, tomatoes tossed over crispy fries and often accompanied with rice. Reyner’s take is pretty spot-on in our book.

On the to-try list for next time will be the ceviche — made with tilapia, red onion, lime juice and celery and served with sweet potato — a favorite of Ballesteros’ and the yuca frita. The fried cassava is served with a spicy huancaína cheese and aji amarillo sauce.

Ballesteros says Inti is the culmination of years in culinary exploration, which served as a means of staying connected with his culture. His family immigrated to Michigan when he was 14. He didn’t start cooking traditional food until he got to college, but since then he finds it a source of comfort.

And now, with the space afforded at Atomic Chicken, he and Reyner can share those traditions with the Motor City.