When Major League baseball players from Venezuela like Tigers first baseman Miguel “Miggy” Cabrera, Cincinnati Reds third baseman Eugenio Suarez or Eduardo Escobar, a shortstop and third baseman for the Arizona Diamondbacks, are on the road for half the year, thousands of miles away from their native cuisine, they’ll take whatever reminders of home they can get.

So when they’re in Detroit, they flock to Jose Gutierrez’s El Rey de las Arepas.

The small restaurant came onto the scene four years ago on the city’s southwest side, giving Detroiters their first taste of Venezuelan food.

The menu varies from the filling pabellon platter — a local rendition of the pabellon criollo made up stewed beef and black beans, rice and platanos — and papas loca loaded with your choice of meats, cheese and lots of colorful sauces, to refreshing, neon-yellow passionfruit juice.

But the best sellers by far are the namesake arepas, a handheld meal best eaten fresh out of the deep fryer. It’s a cumbia of taste. The maize crunch that comes from a perfectly-formed and fried arepa. The tenderness found in the slowly-marinated shredded beef filling. The creaminess of the complementary cilantro aioli. At the Detroit eatery, they’re often accompanied with squeeze bottles of that green sauce and a ketchup-infused mayo.

They’re prepared fresh by Gutierrez’s wife, Zoraida, and son, Ray (while Gutierrez has a regular presence at the restaurant, his and Zoraida’s main gig is video and photography and graphic design, respectively, while Ray runs the day-to-day at the restaurant).

The arepa is not unlike a Mexican gordita, but fatter, starchier, and fried to a slight crispness on the outside that maintains a soft pocket inside. It’s then split wide open and filled with a salty, savory variety of proteins: slow-stewed beef, chicharrón, black beans, white or yellow cheese or “reina pepiada” — chicken and avocado. 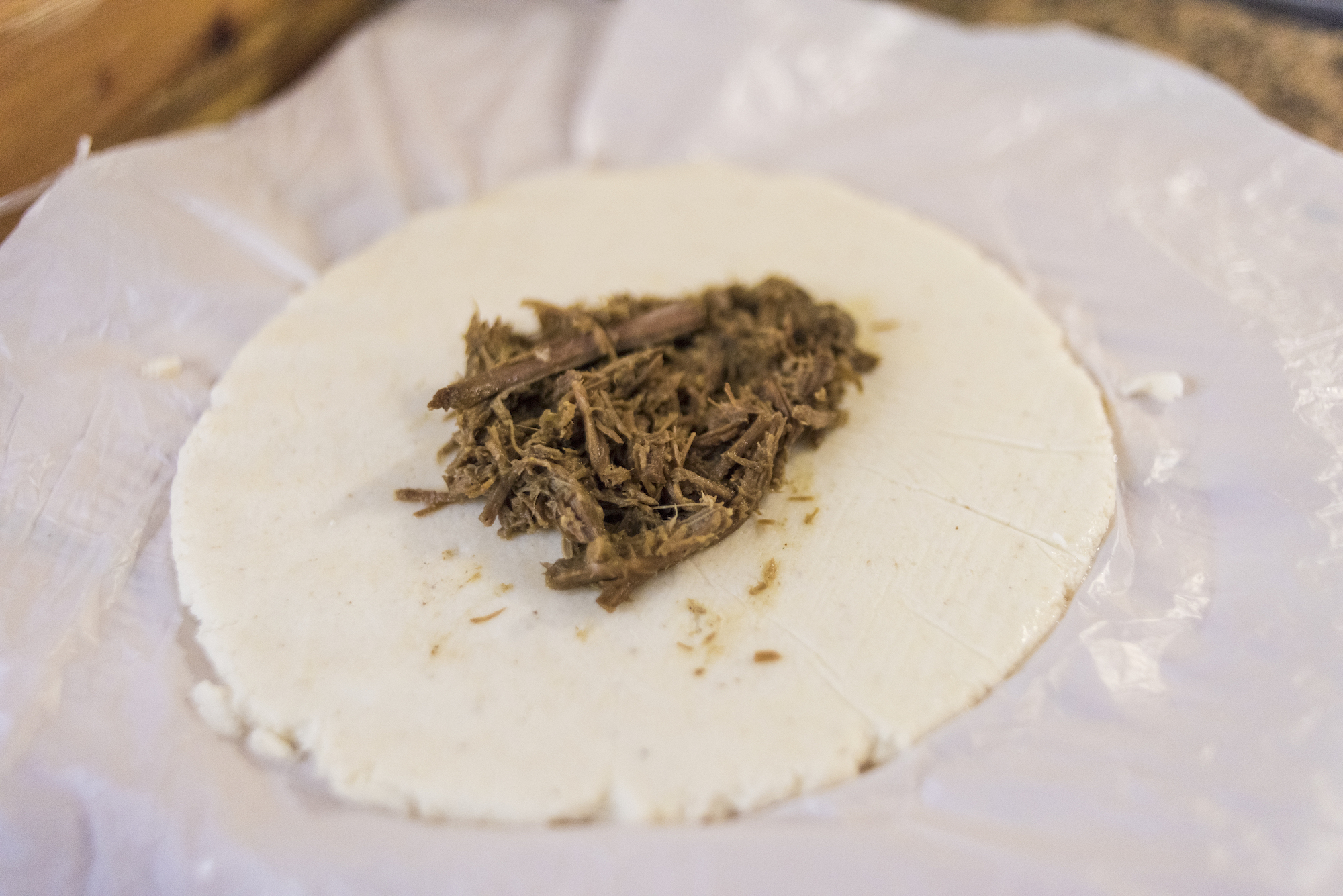 It’s these portable meals that reinforced many of the relationships Gutierrez’s family had begun to establish with members of the Tigers organization and that has led to friendships with Venezuelan players from throughout MLB.

Gutierrez, like most Venezolanos, grew up baseball-obsessed, though he didn’t actually play. A ball to the face during childhood smashed any hope of making it far.

So he opted for soccer.

His family moved to Miami from Caracas in the early 90s. Life in Florida was a struggle though, so when a Dominican friend of his told him about the opportunities in Michigan, the Gutierrez family relocated to Detroit.

While growing his business as a videographer and photographer for weddings and quinceañeras, Gutierrez continued to play soccer for an informal men’s league in the suburbs. After the games, families brought out snacks to feed the weary players. Naturally, the Gutierrezes shared their beloved arepas with teammates, many of whom weren’t familiar with the dish.

Meanwhile, Gutierrez maintained his die-hard devotion to all things Venezuelan baseball, and in 2013 during the Tigers winter caravan in Detroit, he came face-to-face with his hometown idol: longtime Cleveland Indians shortstop and then-Tigers first base coach Omar Vizquel — also a native of Caracas.

“I’m not shy, I don’t care. I started screaming,” says Gutierrez. “I knew [where he was going to be], what time he would come, so I went, I was with a Venezuela T-shirt… I was waiting for him.”

And it was in the cold of January in Detroit that Gutierrez grabbed Vizquel’s attention.

“‘Hey brother! I love you, I’m from Caracas!,'” recalls Gutierrez. “He stopped, he gave me a handshake, ‘I said, I love you, I’ve been following you for forever.'”

Other Tigers members had taken notice of Gutierrez’s dedication to the sport, like Cabrera, who would regularly spot the super fan sitting behind first base at games.

“One day Miggy asked me, ‘hey man, lemme ask you something, I’ve seen you I don’t know how many times for months at all the games. You come with your family, with the flag,’ he said, ‘do you buy your tickets?’ I said, ‘of course. So he said, ‘OK, give me your phone number,’ and I gave him my number,” Gutierrez tells Tostada Magazine.

That was the start of a years-long friendship, with Cabrera inviting the Gutierrez family to home games, and the family bringing over their arepas to the Cabrera home for birthday parties.

The Gutierrezes opened El Rey de las Arepas in 2014, with the blessing of both the soccer teammates and their friends from baseball. 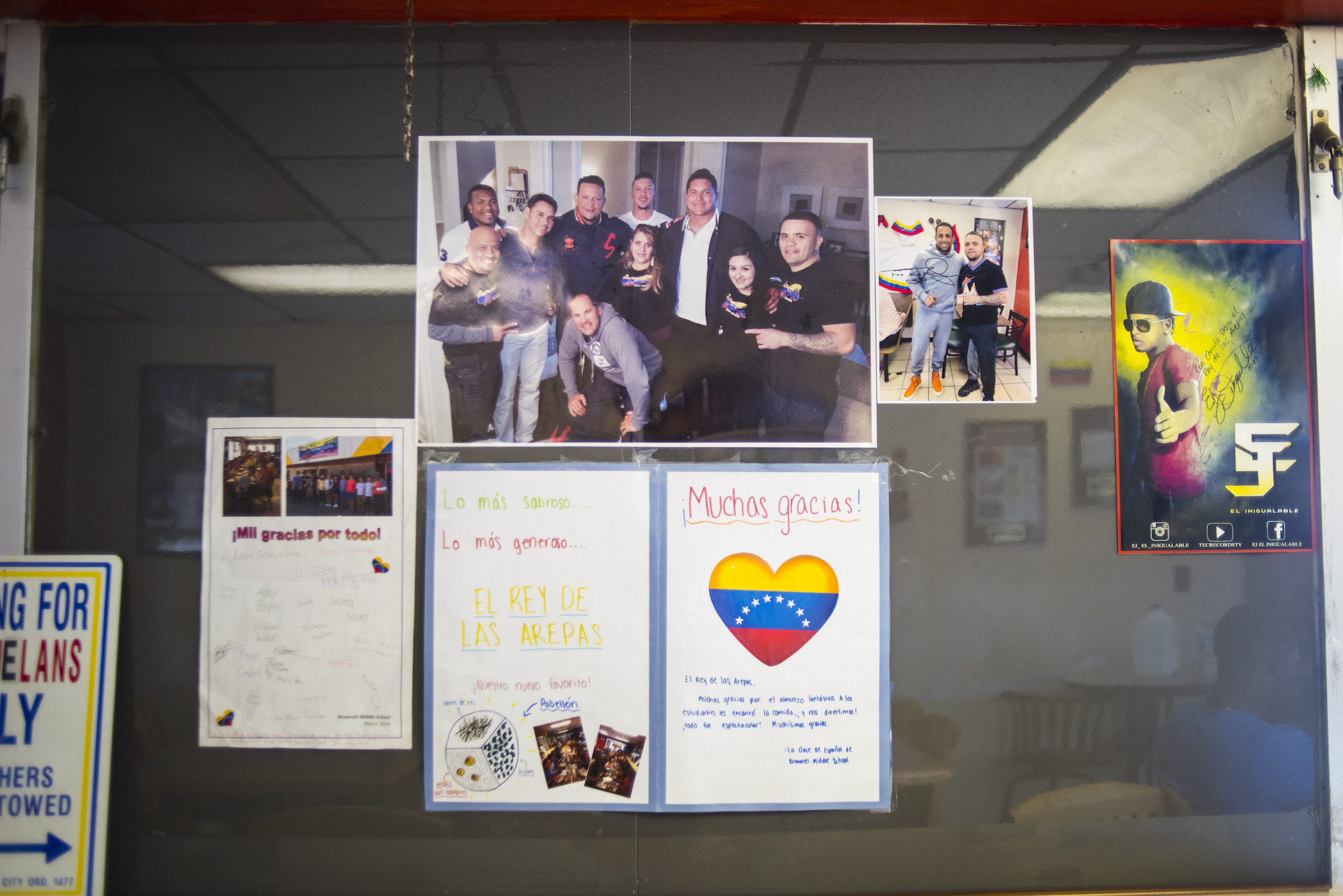 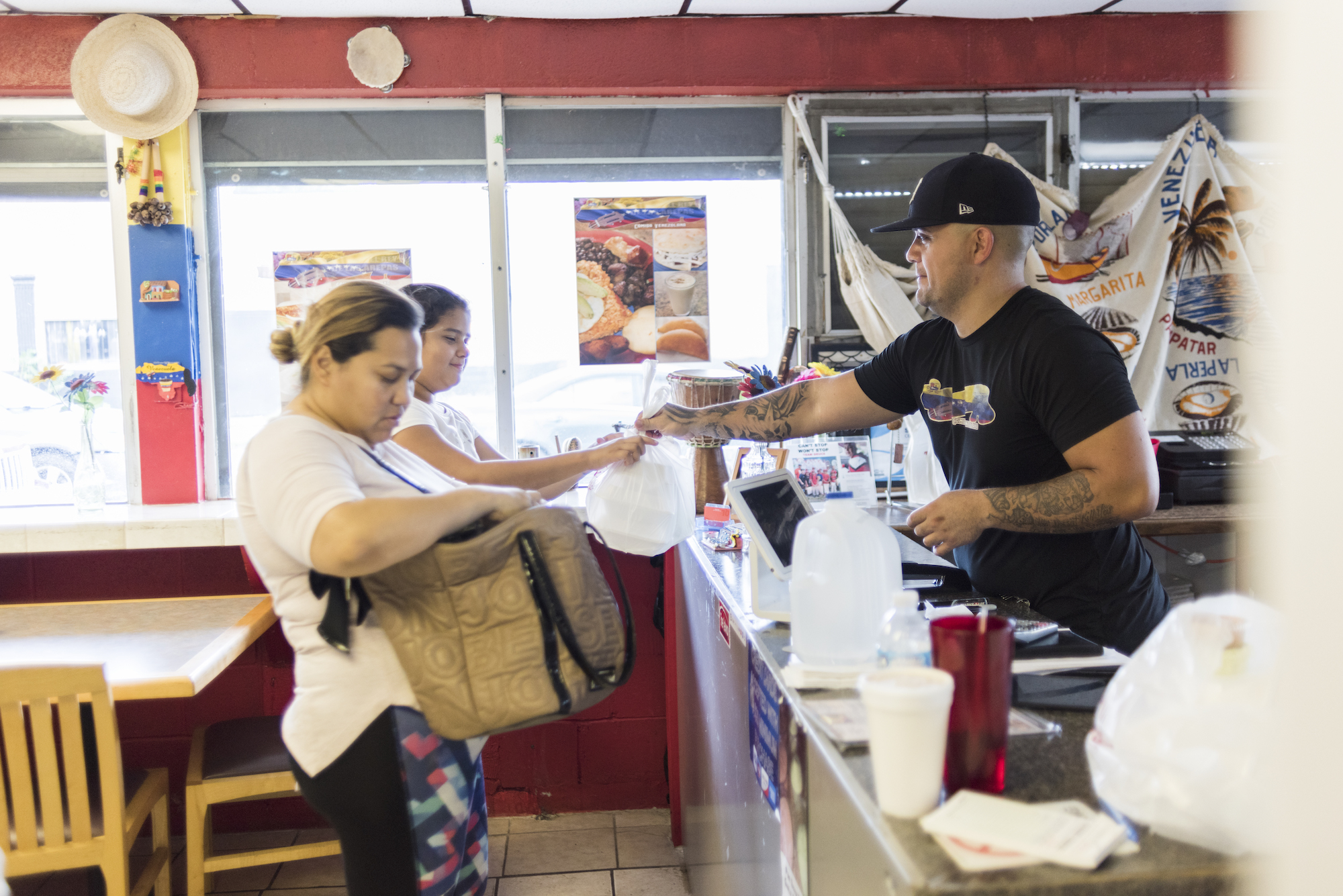 Word-of-mouth about the restaurant spread quietly at first, with one or two visiting players hearing that El Rey was the place to hit up whenever they were in town and had a hankering for a home-style arepa. But quickly, those whispers spread throughout MLB, with Venezolanos passing along Gutierrez’s number like a secret handshake.

Now, members of the Tigers, as well the brass from the White Sox and Cincinnati Reds organizations contact the restaurant directly for their catering needs, sometimes ordering dozens of arepas at a time to satisfy their hungry players. On occasion, Gutierrez says, individual players will call him up for special requests the day before they’re supposed to land at DTW (note, players aren’t necessarily visiting the restaurant themselves, so don’t go waiting around for them to show up).

In Major League Baseball, the pangs of homesickness can set in frequently, as players spend half the year traveling. With just under 30 percent of the league’s players being foreign-born (the most come from the Dominican Republic, followed by Venezuela in second), members have to find creative ways to get their hometown food fix.

In Chicago, for example, Venezolano MLB players frequent BienMeSabe, their photos plastered on the walls of the North Side establishment. Elsewhere, Dominican players have developed a sort of pay-it-forward food exchange to help keep players from missing home too much, according to the Washington Post. Dominicans playing a home game are responsible for sending containers of traditional food to their DR comrades from the visiting team.

This system of watching out for your fellow countryman has turned El Rey into an under-the-radar hotspot in Detroit. Photos of the players line the walls and countertops of the casual establishment. Gutierrez says the family is even considering a move closer to downtown to accommodate the players’ demand.

But more than finding commercial success, Gutierrez says it’s his family’s ability to help their fellow countrymen make that connection to home that really counts.

“I think every single team has at least one or two Venezuelan players and they know us because the boys, they pass it on, like ‘ok, when you go to Detroit call this guy,” he says.