It’s a hot summer day in Grosse Pointe, the kind none of us were bothered by as kids, but can scarcely survive as adults. The Pointes’ proximity to Lake St Clair, the residential municipal pools, the large homes with formal gardens make it the kind of place that absolutely comes into bloom in the summer. Kids on bikes–towels hanging over necks, as they head to the pool, or in baseball uniforms, bats in backpacks, or just roaming around–are a common sight.

But Grosse Pointe is also a land of borders. There are five Pointes, and each of them has its own municipal structure, and slightly different character, though they are all overwhelmingly white and middle-to-upper middle class. Four of the five go all the way Lake St Clair and it’s not uncommon for folks around here to say “if you’re in the lake, you’ve gone too far” when giving directions. The border with neighboring Canada somehow feels less fractious than the border with Detroit.

No border, though, looms as large in our collective conscious these days, as the southern border.

The Trump administration’s policy of separating asylum-seeking families, and the conditions in which they are detained, has shaken many folks to their core, forcing them to re-examine what the boundaries are that they thought separated them from people who are poor, or desperate. The terror of losing our kids resonates hard in Grosse Pointe, which is especially kid-centric. One of the biggest days of the year is the Little League Opening Day, which has a parade to rival any holiday. Pint-sized ball-players throw candy to younger kids, who scream with joy and collect bigger hauls than Halloween.

The carefree energy with which Grosse Pointe kids move through the world is vexed indeed. On one hand, it is the embodiment of middle-class entitlement—kids so safe and wealthy that they just go where they want, do what they feel. However, the flip side of that entitlement is the idea that what they do, the actions they choose to take matters. That their energy isn’t wasted, that they can make their voices heard. 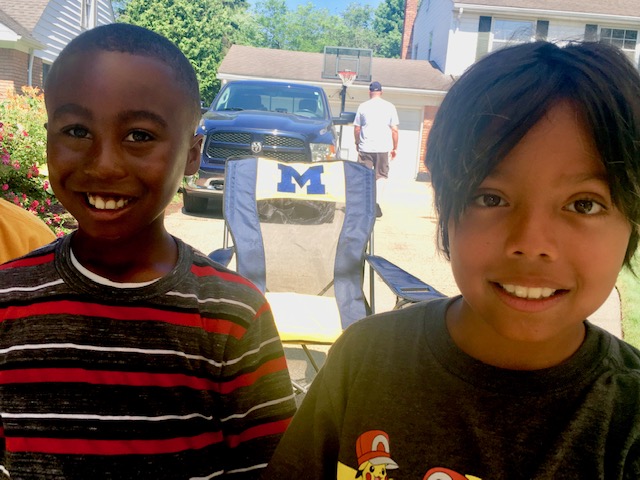 That energy was on full display this month when 13 different lemonade stands – the Kids 4 Kids Community Lemonade Stand and Bake Sale — were held between Friday, July 12 and Sunday, July 13 in support of migrant children who’ve faced separation from their families. Their effort was similar to other lemonade sales held in cities across the country. Seeing all these kids sweating cheerfully in the sun was a rare moment of joy in this time of heightened tensions, immigration raids, and climate anxiety. So much of our energy lately is consumed with managing pain –big and small– that it’s easy to lose sight of hope.

The effort was organized by Welcoming Everyone Grosse Pointe (We GP) — a nonprofit organization that came together in the wake of the 2016 election — and the Michigan Support Circle, helmed by Rosalie Lochner, who saw news reports of the southern border last year and just started making phone calls. According to Shannon Byrne, of WeGP, this effort serves four purposes: to provide funds for Immigrant Families Together, to raise its profile and of the Michigan Support Circle, to provide opportunities for kids to engage in activism, and to build community. 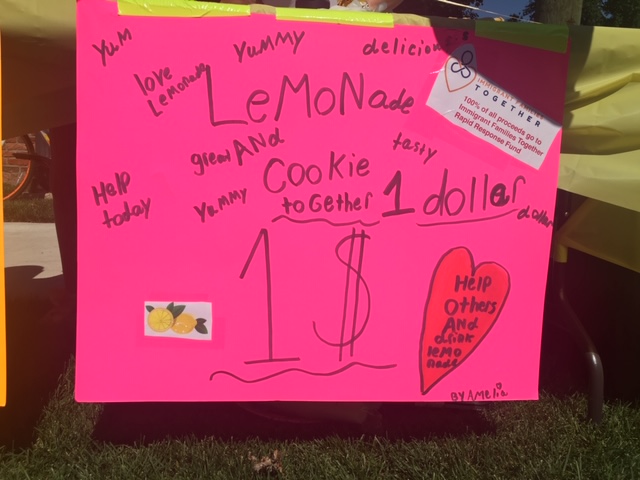 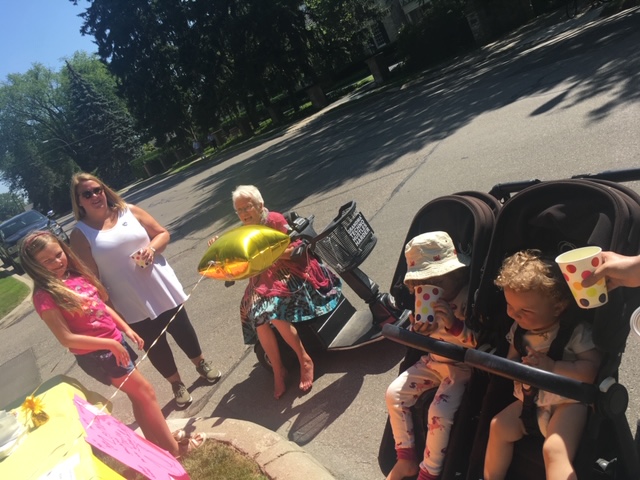 It seems to have worked. Some people, in the most laughable Grosse Pointe fashion, showed up at the lemonade stands armed with $50 bills, while others counted out pennies, nickels, and dimes, in order to contribute something to the work. Unlike kids, adults suffer from defeat fatigue–the burden of knowing that the game is rigged and that the powerful almost always win. But kids–with their instant lemonade, open hearts, and little pouches full of change–they aren’t cynical yet, they don’t have any idea that they can’t change their block or their country or their world. Seeing them sweat, and work, some awkward, some natural salespeople–what a balm. How, if they think their work matters so much, could we ever doubt them? Over the weekend, their lemonade stands raised more than $3,000.

For more information on any of the groups involved in the weekend’s lemonade stands, please visit: