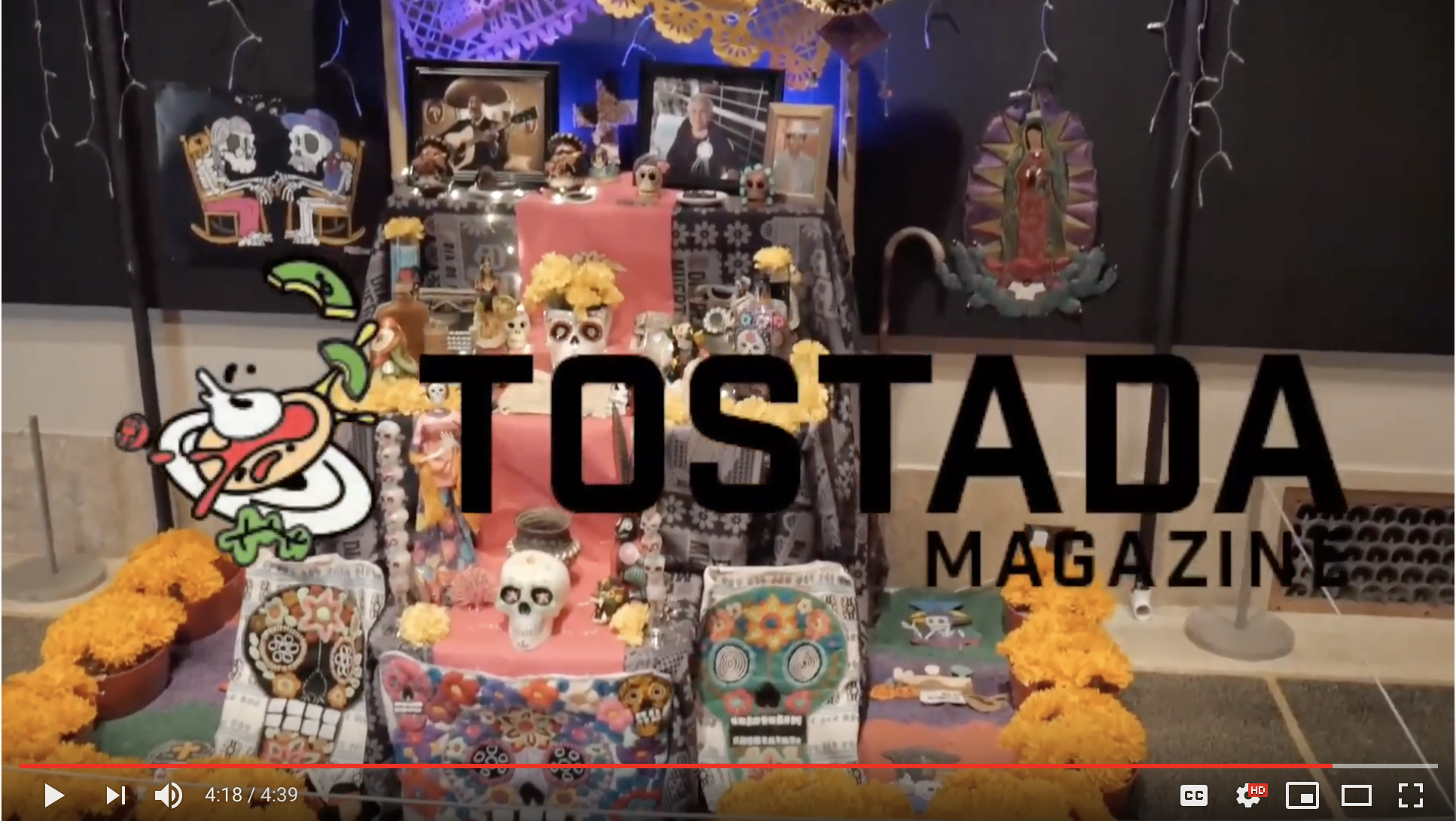 Mexicans have a unique way of dealing with death, and it’s best articulated during Día de los Muertos, Day of the Dead. The holiday, which runs Nov. 1-2 each year, has been the quintessential celebration of death in Mexico for a millennia. And thanks to movies like Coco and The Book of Life, its symbolism has found its way into American pop culture.

The most iconic of the Day of the Dead imagery comes in the form of ofrendas, or altars, which are constructed to honor the dearly departed. Ofrendas can be seen all over Southwest Detroit, such as the giant altar that takes up a back room at Xochi’s Gift Shop, alongside the pastry cases at Mexicantown Bakery, even in the display window at Flamingo Vintage — most donning sugar skulls, cempasúchil flowers — marigolds —  pan de muerto, papel picado, as well as old photos and candles.

At the Detroit Institute of Arts, ofrenda-making has also become a tradition with artists of all backgrounds from all over the state submitting their ideas for altars each year. The ofrendas at the museum range in concept, from the deeply personal honoring deceased relatives to the political.

This year, we took a peek at the ofrendas on display and spoke with a couple of artists who explained what inspired their works of art. As the president of the United States has increasingly targeted immigrant and refugee communities, it came as no surprise that many of the ofrendas were created as a form of protest of the mistreatment of migrant families. While the situation at the border and in ICE detention centers has created what many say is a humanitarian crisis, it’s reassuring that so many Michigan residents used the holiday to show their solidarity with those impacted.

Here, have a look at what we found, with footage from Phresh Flo Films.

The DIA’s ofrendas are on display through Nov. 10, 2019 in the special exhibitions central area next to Rivera Court.