Ivy Kitchen and Cocktails is East Village’s newest restaurant. Serving the eastside of Detroit, owner Nya Marshall is looking to breathe new life into a neighborhood she has known her whole life.

Marshall left a career in the auto industry to fulfill her dream of becoming a business owner in the community she was raised in. After her son graduated from high school, Marshall knew it was her chance to jump.

“It was a life choice. I was going through a transition. My son was graduating high school. I was able to make a decision solely based on me and the rest of my life. It was a decision of choice, not chance,” Marshall says.

Ivy Kitchen and Cocktails, open since December 2019, sits in a neighborhood that has not seen much business in some time. Marshall purchased the building, which sat vacant for 30 years and began the redevelopment phase in November of 2016.

“The redevelopment phase included making the building safe and secure. We had to bring it up to code since it had been vacant,” Marshall says.

In 2018, using her personal savings to fund the renovation, the build-out phase began. It took 13 months to complete the makeover of the 11,000-square-foot space.

“That was years of my work coming to fruition. This was blood, sweat, and tears. It was a great moment when the redevelopment was complete, and I was hiring people who looked like me,” Marshall says. 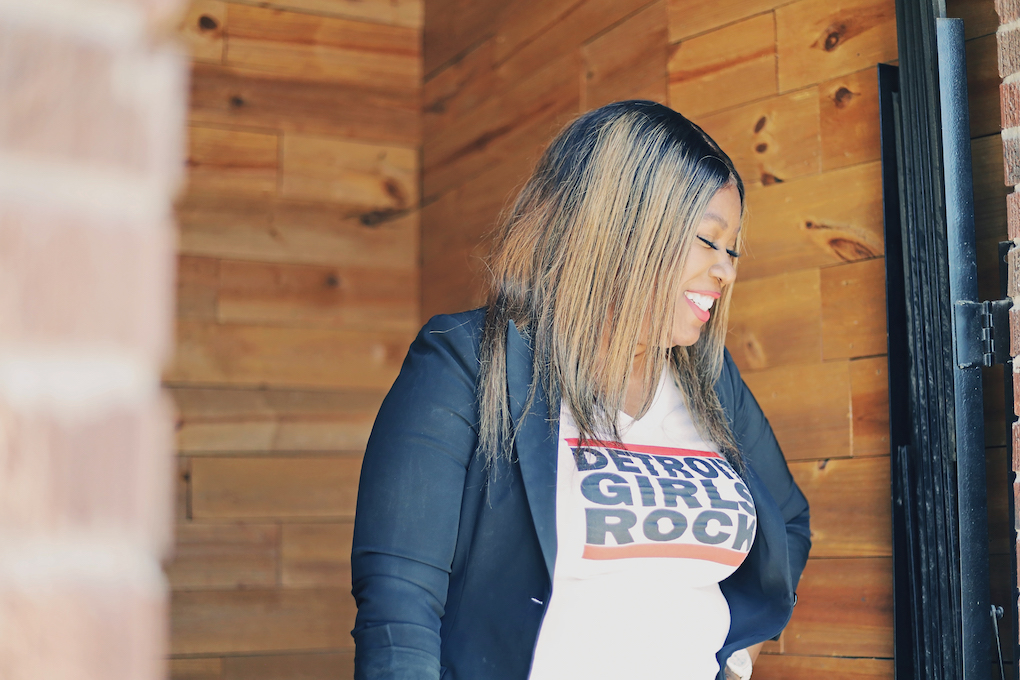 The restaurant provides the community with not only a new dining option but also serves as a means for Marshall to give back.

“I hire people from the community. I partner with the city for training in the hospitality business. I also wanted to partner with Martin Luther King High School students fundraising for athletics and after school activities,“ she says.

What about the food? The menu is described as “All-American Fusion,” featuring Italian, Mediterranean, Asian and American dishes.  Marshall lists one particular item as her favorite dish.

“The branzino roasted whole fish served with couscous. We want to give you a little bit of what you’ve had but with a new flair,” Marshall says. Marshall notes the Rosemary-Blueberry Splash (with an extra kick) is her favorite on the list of cocktails.

Also, on the menu, are pastas and seafood delivered fresh daily. The restaurant, additionally, utilizes its food leftovers for compost.

Beginning this July, Ivy Kitchen and Cocktails will feature its summer menu; complete with homemade spritzers and in-house sodas. Plans to reopen the dining room are underway.

“The first week of July, we plan on opening the dining room and the patio scape. The menu has been modified for a more seasonal menu,” Marshall says.

Since its opening, the community has welcomed Marshall and Ivy KC with open arms.

“I cannot thank the city of Detroit enough, with all my heart. I’ve had older men and women come in and thank me for vesting my time and money,” Marshall shares. “I was always neighborhood-focused, but I never thought about the impact on my elders. I didn’t realize the magnitude for them.”

The onset of COVID-19 had a major effect on Ivy Kitchen & Cocktails as it was open less than 90 days before the pandemic hit. Due to the stay-home order, the restaurant was forced to revamp the way they did business.

“Present-day, we are open for carry-out. We’ve lost about 88% of our business,” Marshall states. To help with funding for the restaurant, Marshall has begun a crowdsourcing campaign to generate donations.

The coronavirus also forced Marshall to make some tough decisions for her staff.

“I had to furlough people. And they are like me, they are from the community. I could only give them two weeks of severance pay. Unemployment wasn’t an option for my employees,” Marshall explains.

“These programs have been very influential in keeping my employees,” she says.

Although Ivy Kitchen and Cocktails has faced some challenges, the future is bright as Marshall is looking to continue to build her brand while continuing to keep Detroiters in the forefront.

“Five years from now there might be another restaurant under the hospitality umbrella. My goal is to employ as many Detroiters as I can,” Marshall shares.

Megan Kirk is a freelance writer from Detroit with a passion for local news. A recent graduate of Michigan State University, she has been featured in Opportunity Detroit as well as The Michigan Chronicle.