You can’t visit a Mexican restaurant in Metro Detroit and not see botana on the menu.  Anywhere else in the world, botana is simply Spanish for appetizer.  But in Detroit, it’s the stuff of legend. Made up of fried tortilla chips, a fatty layer of bean and chorizo mix, and an artful arrangement of onions, sliced avocado, green peppers, tomatoes, and jalapenos, all held together with a mountain of melted Muenster cheese, to Detroiters, it’s just about as ubiquitous to local cuisine as the Coney or square pizza. The creator of the Detroit botana, a Mexican-American from Texas, Armando Galan, dreamed up the iconic dish in the kitchen of his restaurant, Armando’s 45 years ago, setting off a food trend that’s endured for generations.

It could be argued that Galan’s entire career was to be the life of every party. When the Detroit Tigers won the World Series in 1984, Galan hosted the team at Armando’s, locking the doors to the throngs of fans and celebrating all night long. He had political friends in Mayor Coleman Young and City Council members. According to his family, he helped to expand the city’s Cinco de Mayo festivities, making the holiday a cash cow for neighborhood bars and restaurants. Meanwhile, his children have gone on to open several of their own Mexican eateries — all featuring the legendary botana (the ultimate party food) — throughout Metro Detroit.

“He touched a lot of lives. He’s just somebody who you wanted to be around you. He made you happy, he made you smile,” says daughter Linda Galan-Ramirez. “He just had that Midas touch, everything he touched it seemed to turn to gold.”

Galan, who grew up in poverty in the rural community of Big Wells, Texas, and went on to leave a lasting legacy in Southwest Detroit food and culture, died in March 2020 in his home in Puerto Vallarta from what his family believes to be complications related to COVID-19. He was 81.

Galan’s story begins on Texas farm fields. One of five children, he and his family picked cotton.

I spoke to one of Galan’s brothers Ernesto for perspective on Armando’s earlier life. He told me that from an early age, his brother was a hard worker.

“Armando would always tell (our) father, ‘come on, dad, we can do a few more rows. Let’s keep going,’” Ernesto Galan recalled.

He made his way to Detroit in the 1960s, where he began his journey in the restaurant world, first working as a busboy at Carl’s Chop House.

His charisma was apparent, even back then, and he was almost immediately promoted to waiter, his daughter says.

While there, he scrimped and saved until he had enough money to open his own restaurant, a Coney Island in downtown. To create a buzz for the place, he would buy cinnamon rolls from a nearby bakery, cut them in half, add butter, and fry them up to the delight of customers who would line up outside the diner.

In 1967, he moved on to Mexican food with the opening of Armando’s Taco House. In its early days, the space was only comprised of the current carryout section. But he slowly began to purchase the empty lots next door to build out the two dining rooms and bar area. For a time, the restaurant featured a seafood buffet and live music. As for the menu, it has very much of a Tex-Mex vibe with cheesy enchiladas, fajitas, and mini burritos, a nod to Galan’s Lone Star upbringing.

In 1975, Galan sealed his fate in Detroit food history when he added the botana to the menu. Over the years, Galan created other specialties like his panchitos, crispy flour tortilla chips topped with chorizo, cheese, guacamole, and tomatoes, and the Mexican sandwich (not to be confused with a torta), made up of a stack of three giant flour tortillas, with chunky beef (or some other kind of meat), veggies, beans and more of that Muenster cheese sandwiched between each layer. But it was the botana that would catch on as a Detroit favorite. 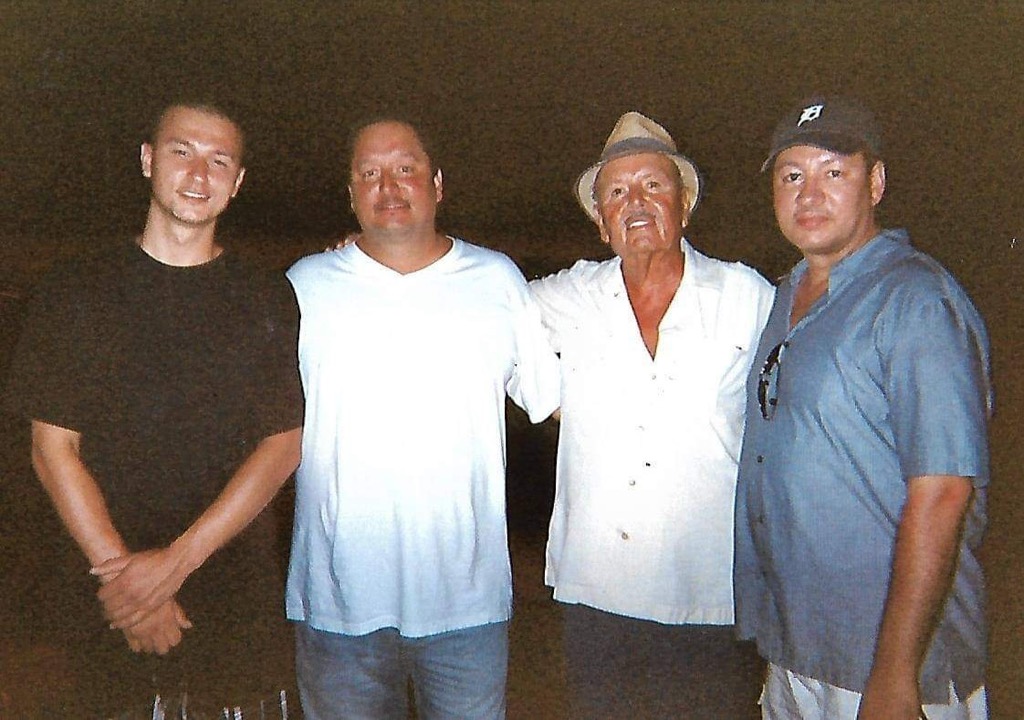 Galan-Ramirez says her father was always on the move, he never settled with one project. In the 1970s, he ran a fruit market on Vernor and opened at least three other Armando’s locations in Howell, Farmington Hills, and in downtown Detroit. As the Armando’s brand grew, so too did the popularity of the botana, which over time began showing up on the menu of just about every Mexican restaurant in the region. At Xochimilco, an entire wall is dedicated to photos of pregnant women who’ve downed the botana, which according to restaurant lore, is said to induce labor. The original recipe has been tweaked to keep up with changing tastes in Mexican food. Customers at Mi Pueblo, for example, can swap out the chorizo-bean mix for suadero de res, lengua, or even portobello mushrooms.

I first got to know Galan in the years he was trying to open Los Galanes on Bagley and 23rd in the early 1990s. I worked in a delinquency prevention program housed at the Western YMCA on Clark where he worked out regularly. We would discuss the best approach to the parking wars, getting the restaurant open.

He told me the property was hotly contested in several ways after the previous owner, AA Gonzalez died suddenly.

This is when Galan got himself entwined in an epic feud that still remains the stuff of chisme throughout the neighborhood.

Galan planned to open Los Galanes at the location, but the owner of El Zocalo, Victor Cordoba, at the former Las Vegas Club spot across the street had plans for it, too. Cordoba bought up part of the lots, making it impossible for Armando to get the requisite parking for his restaurant. The parking lot battle became elevated to infamy level in Southwest Detroit, when one day the two men began arguing and Galan pulled out a gun and pistol-whipped Cordova, landing him a two-year prison sentence. From that point, Galan could no longer have a liquor license, so his former wife Joyce and his son, James took over operations.

Legal drama aside, building out Los Galanes was a struggle. Son James Galan told me his father lived upstairs while he worked on getting the space ready to open. The basement always flooded and it took two years to get the city to come out and stop the flooding.

“There were days he drove to the building on fumes, with no money coming in, and barely enough to buy nails. But nothing got him down. No matter how bad things got, no matter how broke he was, he would keep going. Always optimistic.”

Los Galanes began gaining popularity during Cinco de Mayo when Galan started hosting elaborate festivals around the holiday, Galan-Ramirez says. Each year, the event got bigger and bigger and competing restaurants began to throw parties of their own. Beer companies started sponsoring the parties, and, accompanied with the long-running Cinco de Mayo parade, the festivities are as big a draw as Opening Day or the St. Patrick’s Day Parade where thousands of revelers take over Vernor for miles.

Galan eventually got out of the restaurant business. Well, mostly. He sold Armando’s to the Hernandez family in the 1980s and his son took over operations full-time at Los Galanes. Meanwhile, Galan-Ramirez owns two restaurants called Angelina’s in Southgate and Allen Park, while his other son, Ricardo, and his former wife Joyce run Blue Margarita in Woodhaven. About 15 years ago, Galan took a vacation to Puerto Vallarta. When he returned, he announced to his family that he was packing his bags and retiring to the Mexican resort town. True to character, he couldn’t sit still for long and dipped his toes in the restaurant business there.

Galan is survived by his three children James, Ricardo, and, Linda, and five grandchildren.

From the cotton fields of Big Wells, to Detroit and Puerto Vallarta, Galan made a mark on the world.

Adios, dear friend. Thank you for all you have been to us. You left us a fine legacy.

Note: Sadly, the Galan family says that because of the many floods in Los Galanes’ basement, very few photos documenting Armando Galan’s exploits exist. If you have any photos of him, the restaurants, the Tigers visits, or anything else from back in the day, please contact us at info@tostadamagazine.com.