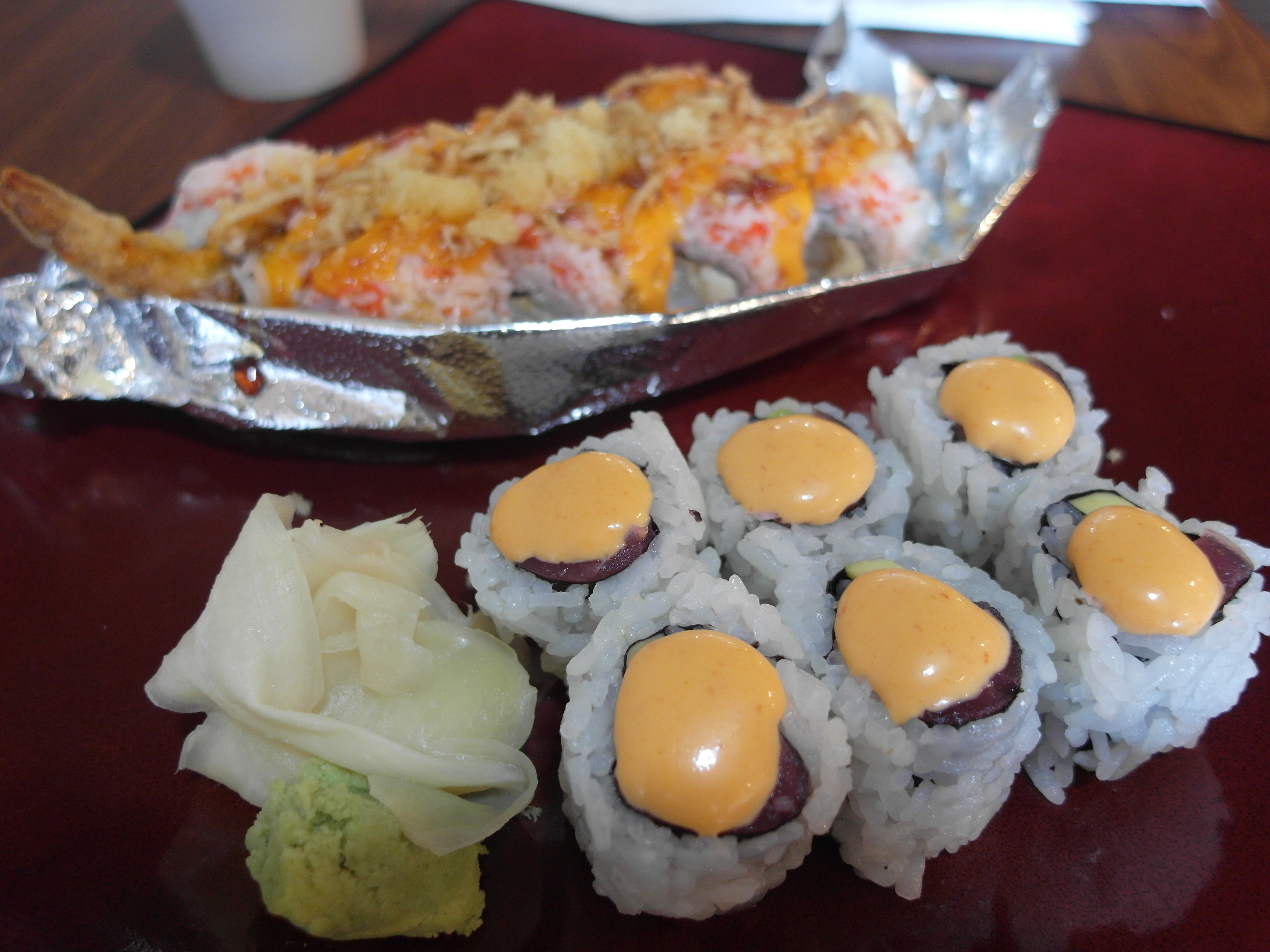 Hamtramck has welcomed the latest in its already diverse dining scene when Fat Salmon Sushi launched inside the former Rock City Eatery earlier this month.

The only sushi spot in town, it’s already become a favorite among fans for its rolls, Korean bibimbap, and udon noodles, so much so, that many have reported multiple visits since its doors swung open Feb. 9.

The biggest draw: the menu’s affordability.

We stopped in Monday (Feb. 20) to see if the eatery lives up to the initial hype. So far, we can’t argue with the value and can see this becoming a popular dining destination, especially during lunch.

Lim had longed to open his own restaurant, but with the responsibilities of raising a growing family, he put it off, he tells Tostada Magazine in his native Korean (with translating help from Baek). Instead, he’s spent the past 15 years running the Custom Cleaners dry cleaning business across the street.

The 51-year-old native of Seoul in South Korea was able to realize his dream after Rock City made its move to Midtown in 2016. While the space’s basic layout and design has remained the same as how its previous tenant left – most notably the exposed plywood and brick walls and open kitchen Fat Salmon replaces RCE’s rocker posters with personal touches, like a large flat-screen TV that displays a continual loop of splashy bubblegum K-Pop videos. The restaurant’s servers, which include Baek and two of her four sisters, wear playful robes with colorful anime-style prints, a fun departure from the dark wash denim aprons and jeans that seem to dominate most new establishments these days.

As for the food, this isn’t your extravagant sushi bar. You won’t find fancy nigiri or sashimi pieces. Instead chef Yang Ahn (previously at Oyaki Sushi in Dearborn Heights) has created an economical, takeout-friendly menu (rolls range from $4-$10) featuring a tasty array of unapologetic Americanized rolls, with fish sourced by True World Foods (one of the country’s largest suppliers of sushi fish). There’s a classic California roll to wackier combinations like a chili shrimp roll with tempura shrimp and cream cheese and topped with crab salad, and chili sauce.

We tried that chili shrimp roll ($10), a spicy tuna selection ($4), with avocado and that chili sauce, and a bite of a friend’s spicy scallop variety ($5). The rolls are smaller than what you might get at other sushi bars, but we found that a good thing in that we had no problem finishing the two for lunch.

The tuna tasted smooth and fresh and worked well with the avocado. The shrimp tempura has a light crunchy batter, not too oily, and the meat maintains its firmness, and the layer of crab salad offers a bit of complexity in textures.

Our friend who ordered the spicy scallop wasn’t a fan of the consistency of the raw scallop (comparing it to a boba tapioca pearl, sans the fruity taste explosion), so be forewarned if you’re the type who is wary of squishy food.

The chili sauce dolloped on all three rolls, it’s more like a spicy mayo, not too overbearing and somewhat creamy. As for the all-important rice, it’s sticky enough not to crumble in your chopsticks, yet not mushy.

For the non-seafood folks in your party, a bountiful chicken teriyaki entree ($9) with white rice and salad with ginger dressing, a generous bowl of bibimbap ($9), or a steamy serving of udon noodles ($7-$8) with your choice of veggies or proteins – all do the trick. Other standard sides like miso soup, seaweed salad, and gyoza round out the menu.

To drink, on top of regular pop and green tea, there’s also a selection of unique bottled beverages, including hard-to-find Japanese Ramune soda (sold in a distinctive glass bottle, sealed with a marble). And if you’re in the mood for booze, the crew just might look the other way if you bring in a beer from Euro Mart next door.

While signage suggests the food is prepared in the Islamic halal tradition in recognition of the city’s large Muslim population, Baek tells us there hasn’t been enough demand for it so the kitchen has ditched the effort.

With the myriad of global cuisine already on hand in Hamtramck, the idea of a sushi spot might seem out of place, perhaps more suitable for downtown Detroit. The immediate warm reception for Fat Salmon proves the city is well-suited for even more variety.

Know of a hidden gem you think we should review? Send all tips to tostadamag@gmail.com