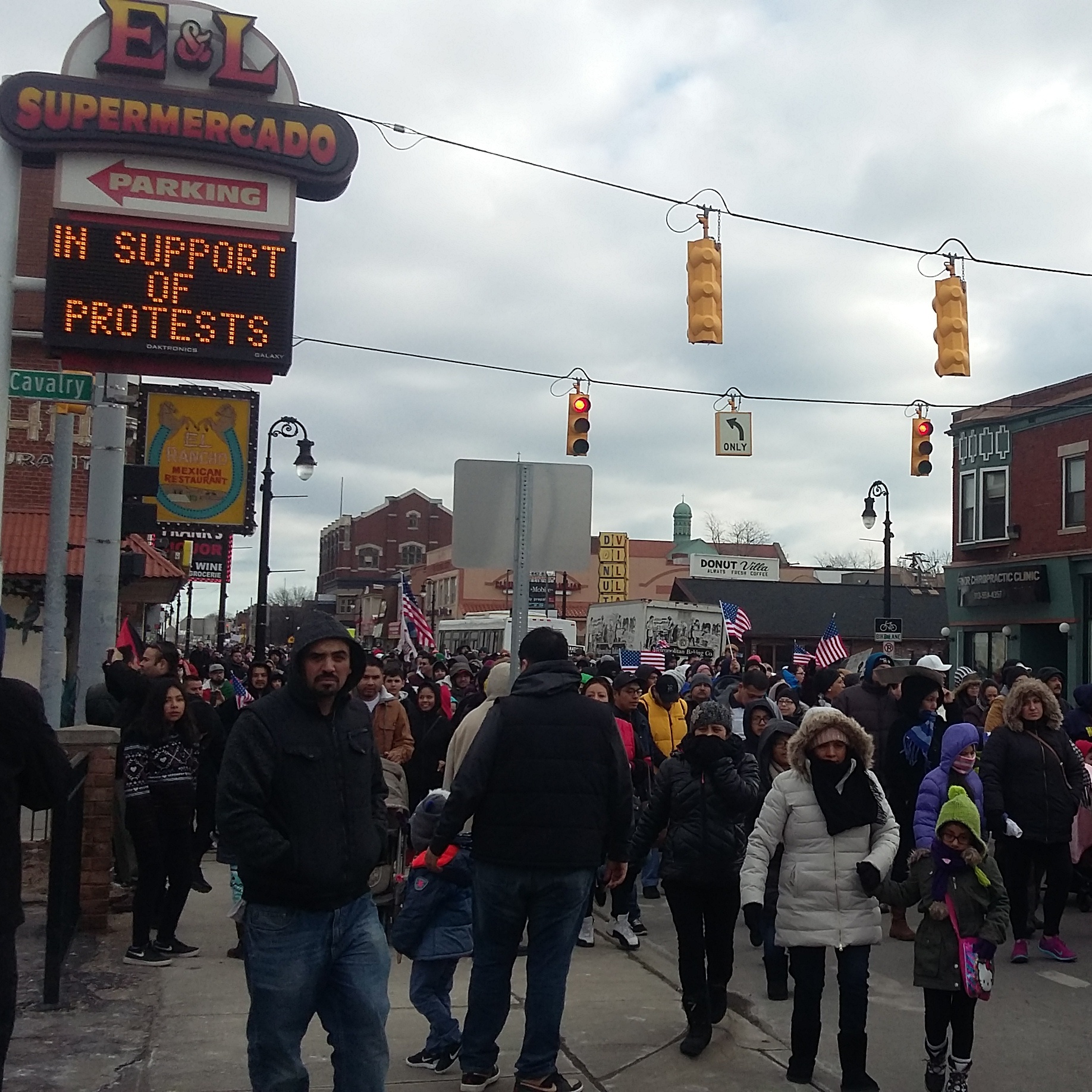 In the first few months of his administration, Trump has twice called for a travel ban for immigrants from 6-7 Muslim-majority countries, has continued to insist that Mexico pay for a multi-billion-dollar border wall, and have vowed to amp up deportations of millions of people who lack legal documentation to reside in the country.

All of this is leaving people across the United States on edge, including in southwest Detroit – home to a majority of Michigan’s Latino immigrant community. Residents are reporting a spike in stops by Immigration and Customs Enforcement officials and phones at a number of area advocacy organizations have been ringing off the hook lately, with families in need of legal representation in the event that a loved one is unexpectedly detained or deported.

To help ease some of the fear, a network of faith-based organizations have banded together to provide legal, financial and even housing options for folks who’ve found themselves in threat of removal.

This week, NPR’s Latino USA talked to organizers of the new sanctuary movement. It’s being likened to a modern-day “underground railroad.” For more, read here.

The announcement is just the latest in a series of acts of resistance within Detroit’s immigrant community. reports that thousands of Detroiters took to the streets last month to demonstrate in a national “Day Without Immigrants” boycott, wherein people called in sick from work or closed their businesses for a day to illustrate the contributions of an immigrant workforce. Click here for more.

(Photo by Serena Maria Daniels. Thousands of protesters marched in southwest Detroit in support of the nationwide “Day Without Immigrants” boycott on Feb. 16, 2017)

Chef, writer Tunde Wey to host dinner and a side of immigration discourse