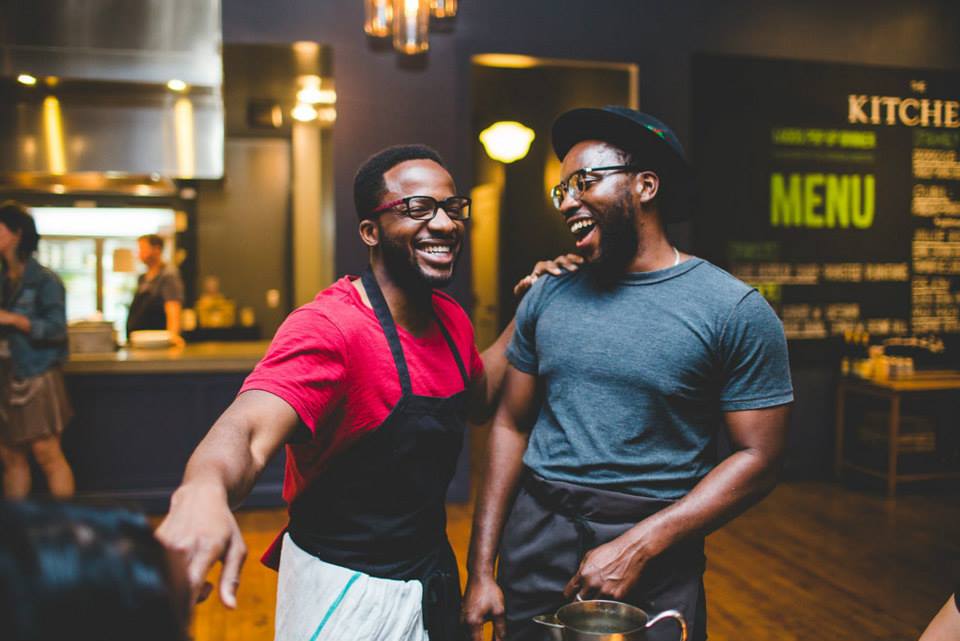 For the past year, the Nigerian-born former Detroiter has hosted his roaming “Blackness in America” dining series which pairs his native cuisine with dialogue aimed at confronting bias and identity. And at the start of 2017, he and Tostada founder Serena Maria Daniels joined in a panel talk about how marginalized communities are left out of Detroit’s new dining scene.

Come April 3 at Supino Pizzeria in Detroit, Wey will infuse a discussion on immigration in the United States into his latest dinner event, 1882 (named after the 1882 Chinese Exclusion Act, the first major U.S. law enacted to restrict immigration).

Wey – who himself faces a hearing in November to address his own undocumented status in the United States – says he wants to shift the conversation to focus on integration from the perspective of immigrants themselves, using his own experiences as a jumping off point.

“The paradigm (in talking about immigrants) is either of being valuable economic assets or as problems that need fixing or refuge,” Wey tells Tostada. “It requires a more complex narrative. I’m hoping with this dinner we can explore that.”

The six-course dinner – featuring Wey’s signature cuisine  (dodo & shito – plantains and gelee and isi ewu – braised goat head, to name a couple entrees) – has already been sold out in Detroit, but more meals are planned elsewhere, including on May 10 at El Buen Comer in San Francisco. Tickets for the SF event available here.

The dining event is just the latest of similar efforts from immigrant chefs across the country who are using cooking as a means of confronting Trump administration’s hard stance on immigration. In February, for example, Mana Heshmati, founder of the “low profit” Peace Meal Kitchen pop-up eatery served traditional Iranian food at Detroit City Distillery as a means of supporting people impacted by a travel ban from several Muslim majority nations – which has since been blocked by judges in several states.

The culinary forms of protest come at a particularly crucial juncture, as fears over deportation, a border wall, and further proposed restrictions on Muslim Americans continue to be stoked nationwide.

In the spirit of inclusiveness, Wey tells Tostada that he’s reserving a limited number of spots at the Detroit event for folks who can’t afford the $65 ticket fee.

If you want to be a part of the conversation and would like to be considered for these seats, contact us at tostadamag@gmail.com and we’ll try our best to get you on the guest list. Availability is first come, first serve.