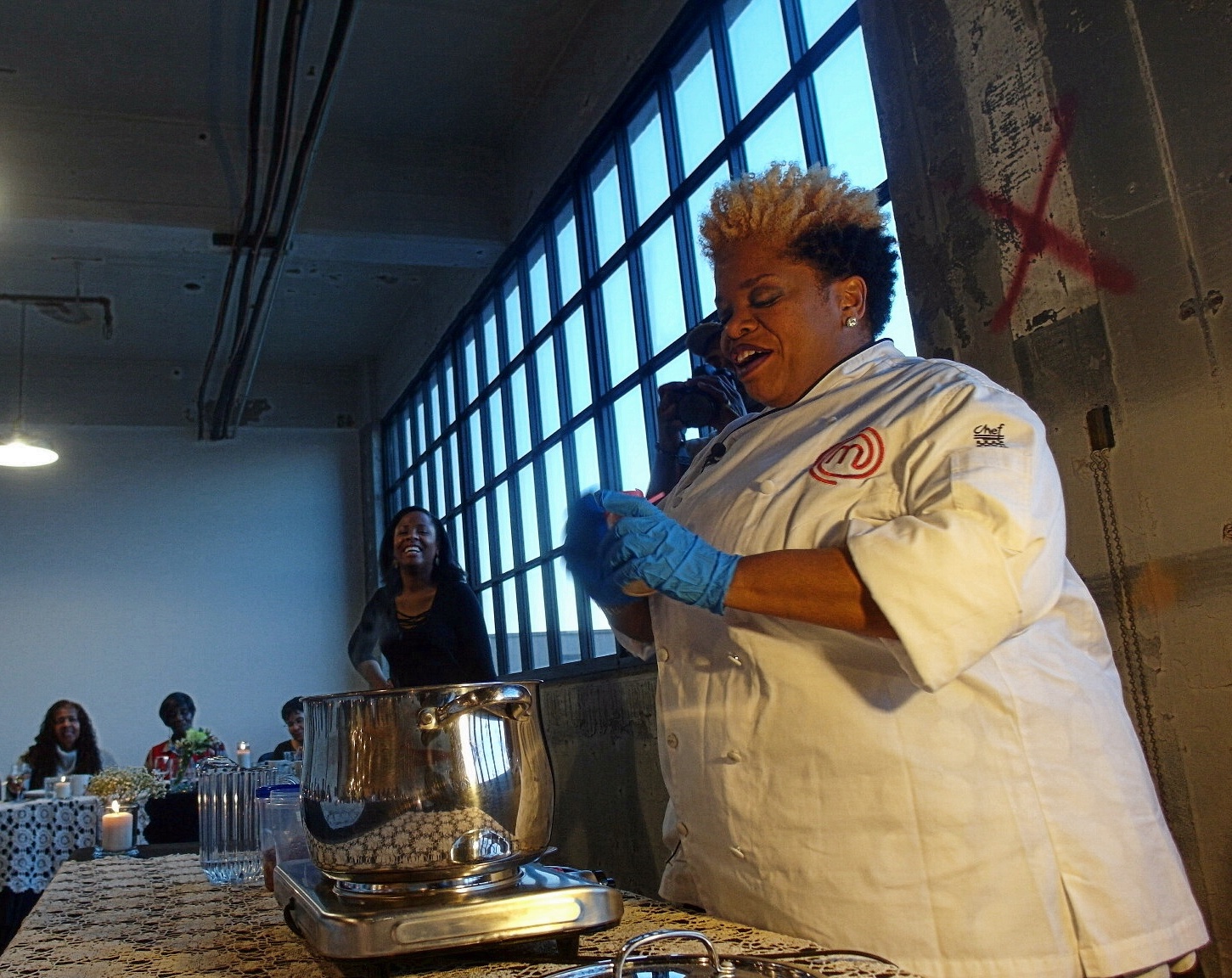 It’s a Friday night and the dinner guests are trickling into a not-quite-finished space on the second floor of TechTown in Detroit’s New Center neighborhood. They’re greeted by a host who hands them a “human Bingo” card, which requires folks to go around the room, introduce themselves and find out what they have in common with each other.

Coats are hung, wine is poured. To the side, a delectable tray of vegan red velvet cupcakes are on display.

Partygoers awkwardly make their way from person to person, asking each other what year they were born, if they live outside the city, what their favorite color is. The first person to cross out five consecutive squares, the card’s instructions read, wins. In this case, it’s a trio of Detroit-centric books like the popular How to Live in Detroit Without Being A Jackass, by Aaron Foley.

Winning at Bingo isn’t really the point of the event though. It’s more of a warmup for what’s to come.

“This is a celebration, y’all,” says Cornetta Lane, the host for the evening’s event, “Dinner for 30.”

The premise behind “Dinner for 30,” a five-part dining series dreamed up by Detroiter Cornetta Lane, is to invite guests and a local cook to come together to build bridges over food and conversation. 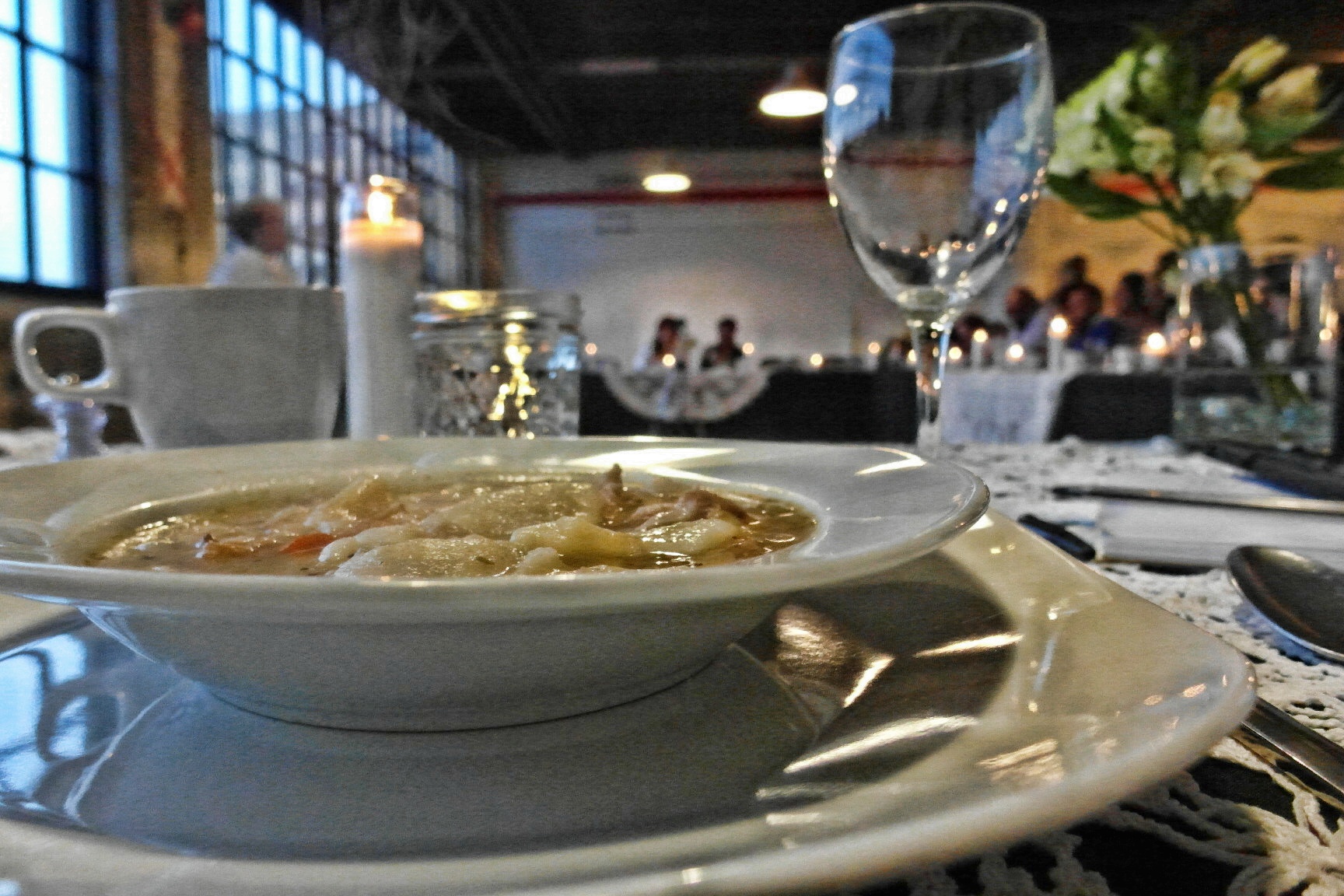 Each dinner is held in spaces otherwise considered unconventional for a dinner party by a cook who is invited to prepare a cherished food dish that is connected a fond memory. She or he then tells a story about that meal. The dinners are all filmed and brief trailers on each event are later posted on a YouTube channel. At the conclusion of the series, a Detroit story cookbook will also be released.

The season’s kickoff was held at the Norwest Gallery of Art in Grandmont Rosedale. The chef for the evening, Ederique Goudia of the forthcoming Cajun-inspired Gabriel Hall in West Village. A June event will feature community health and healing expert Adela Nieves Martinez, who will prepare a meal traditional to her indigenous Taino heritage at the Alley Project in Southwest Detroit.

The idea, get to know the people behind the meal — with a particular focus on communities of color — in an intimate neighborhood setting, far removed from the hype of greater downtown.

“Dinner for 30 is an attempt to find stories that provide a more whole narrative about Detroit,” Lane tells Tostada Magazine.

Lane isn’t new to this format of marrying storytelling with community.  For the past few years, she’s designed a number of opportunities for residents to craft their own narratives around identity, culture, and history through Stories & (___). Last year, Lane’s Pedal to Porch project won a $30,000 grant from the Knight Foundation to create a citywide bike ride where residents used their front porches as a stage to tell their stories.

She sought funding support from the Knight Foundation to get “Dinner for 30” going, but when she didn’t win, she instead raised more than $8,000 on her own through a Kickstarter campaign last fall. Depending on how much they were able to contribute, donors had the chance to receive dinner tickets or a copy of the cookbook once it publishes.

The March event featured Yachecia Holston, a Top 5 finalist in season 8 of Fox’s MasterChef reality series. Holston, who was born in Nashville but raised in Detroit’s North End, shared her earliest food memories inspired by her Southern roots.

“We went to Nashville every summer, and like immediately, the first thing we did that weekend after school was out, we packed up, got in the car at… (mumbles, laughs) o’clock in the morning and drove to Nashville every summer, it was the most amazing time of my life,” she tells an audience as they indulge in scoopfuls of her chicken and dumplings. “Once we got there, it was just like, bang, we got out of the car, we walked in the house and there was this table just loaded with food. 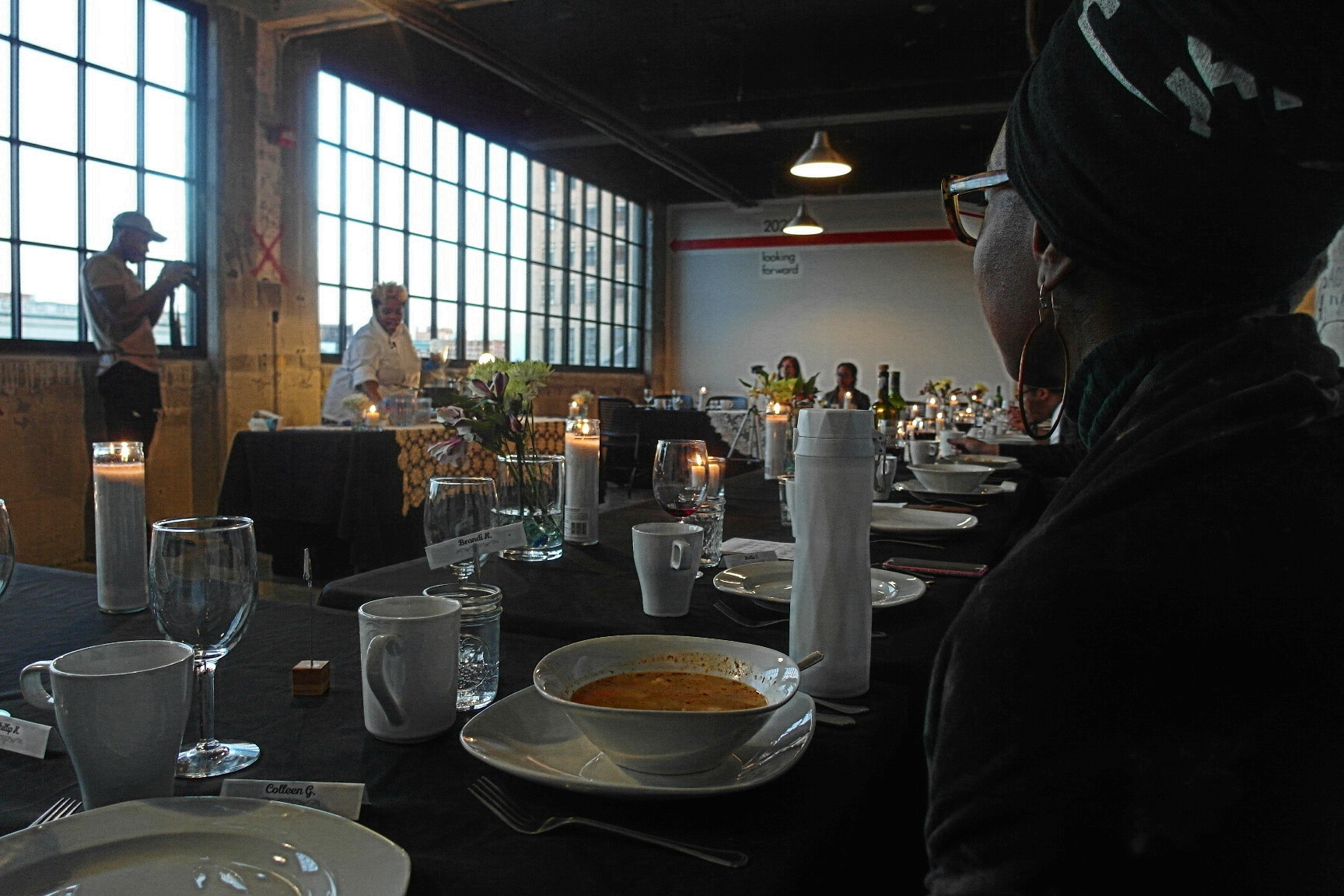 “It was just something that did something for me,” she adds.

Holston, also a local minister, went on to describe the twists and turns that led to a lifelong journey in cooking that eventually landed her a spot on MasterChef and learning alongside the show’s flamboyant celebrity chef Gordon Ramsay.

Toward the conclusion of the event, guests were treated to details about what’s in store for Holston, which include moving to Nashville, opening a food truck and eventually a possible brick and mortar restaurant that will feature vegan takes on her cuisine, which she describes as “Sassy Southern Fusion.”

Of her joy of cooking for others: “Food is love and that should shine through from the first bite,” Holston said. “I want it to be me on a plate, I want you to see me.”

For more information about “Dinner for 30” events, click here.