For many Detroit residents, finding a safe, inviting place for little ones to play can be a challenge. At least it was for Danielle North, who was living in Grandmont Rosedale with her young son when he asked to go play at an indoor playground in the suburbs.

The spot quickly became one of his favorites to socialize with other children and release his energy. Unfortunately, it wasn’t anywhere close to home. North wondered if she could find something similar nearby in Grandmont Rosedale. A quick Google search found nothing. North wondered again: Why should something so abundant outside of Detroit’s city limits be nonexistent in her neighborhood – let alone the entire city?

North started daydreaming about the type of space she, herself would create. She imagined something with colorful, kid-friendly playground equipment and a little lounge where parents could hang out – all indoors, so it could be enjoyed year-round.

Having recently left her job with Detroit Public Schools as well as operating her own K-12 consulting firm, North realized she was well-positioned to turn her daydream into reality.

“I said, I’m going to open an indoor playground for my kids. It doesn’t exist and we deserve it,” North says. “And all the kids in the neighborhood deserve it as well.”

North began researching how such a space might fare in Detroit. She consulted data gathered by the Grandmont Rosedale Development Corporation to determine how many families lived in the area. She looked at its proximity to other neighboring Detroit communities, as well as its vicinity to freeways, which could make it appealing to folks in the suburbs. Finally, in 2016, North launched Kidz Kingdom – a children’s play center housed inside a 2,600-square-foot space in the Grandland Shopping Center on Fenkell at Grand River.

Since opening five years ago, North’s journey as the owner of Kidz Kingdom has been full of twists and turns. She is often educating families on what the space is, who frequently confuse it for a daycare. Others wonder if they can drop off their kids while they went shopping in the plaza next door? (Oh, and is it free?)

North learned to address all these questions and pivot her business as needed in her efforts to make the business thrive. She hired a licensed preschool staff member. She added a drop-in option for folks wanting to run errands and not have to worry about cranky kids. She started a date night feature, where parents could have a place where their youngsters could play while they wined and dined without worry. Parents could also rent out the space for private parties.

“I believe I’ve needed to pivot, reinvent myself and fight for my business all along since 2016, literally from the very moment of having a brick and mortar business,” North says. 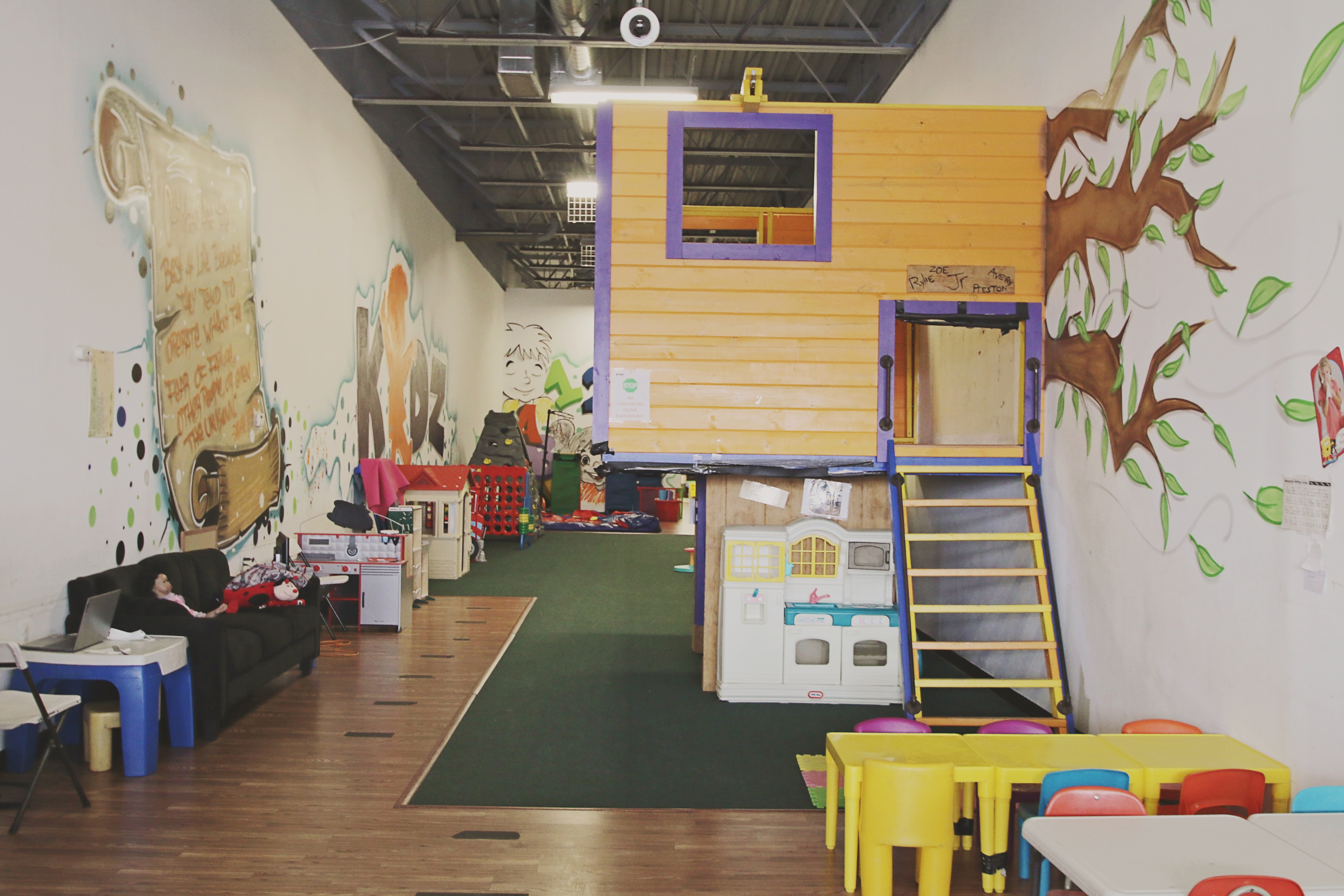 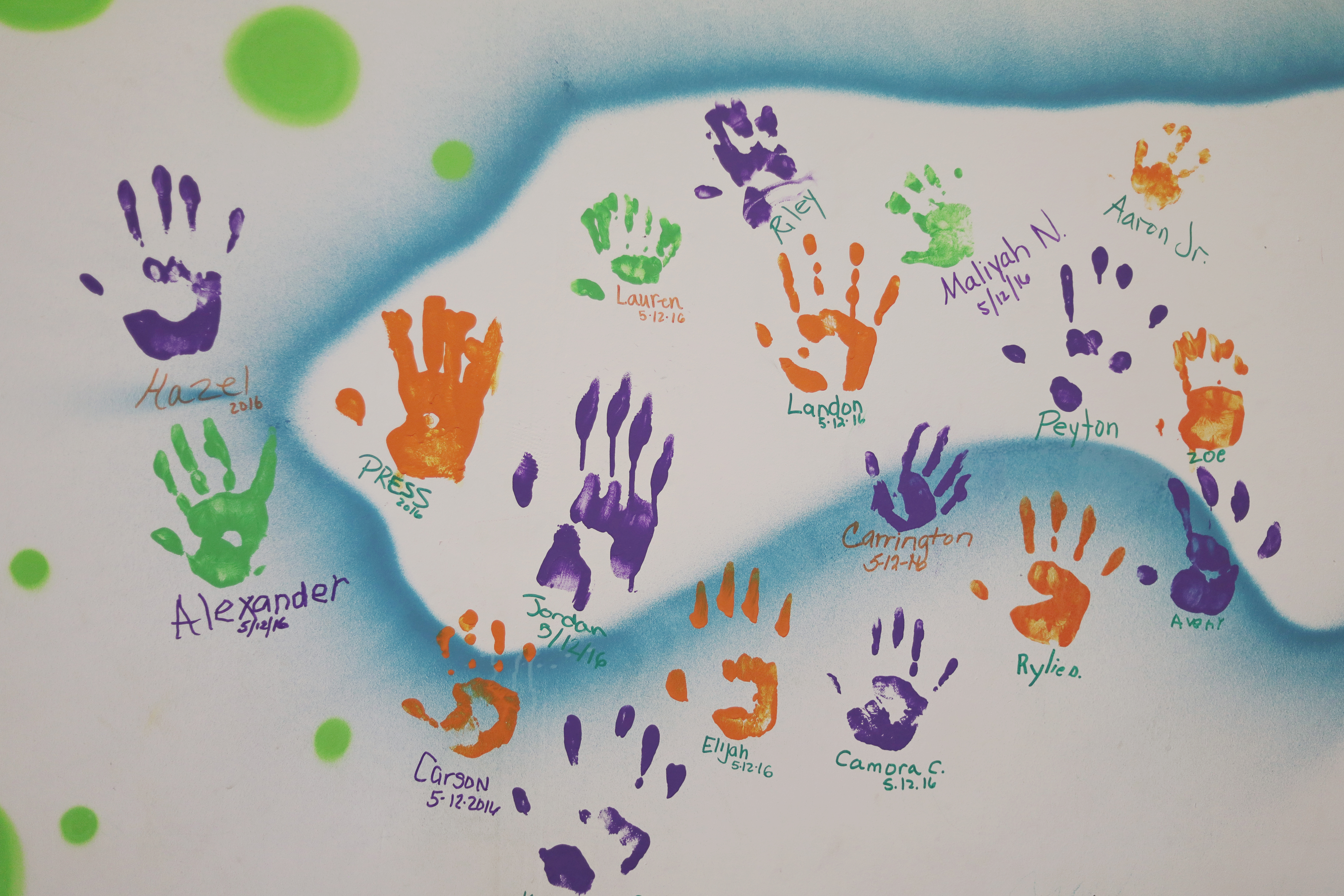 Those quick adjustments began to pay off, but she still faced challenges, including a constant battle with her landlord, a Europe-based developer who, she says, has no connection or interest in what was going on in Grandmont Rosedale, let alone the mission of Kidz Kingdom.

“It’s just really difficult and frustrating. We actually need more programs in place to discourage landlords from being predatory against small business owners in the city of Detroit,”

North knew that land ownership would be vital if Kidz Kingdom was going to continue – another challenge in a market where buyers are frequently offering $500,000 in cash on properties that would meet her needs while others, as North has noticed, don’t even have walls.

On top of the challenges to lock in a deal on a new home for Kidz Kingdom, the COVID-19 pandemic hit.

Immediately, income from date nights and private parties evaporated, leaving the bulk of North’s revenue tied to the childcare base. The end result: Kidz Kingdom closed for several months in 2020, while North, pivoting yet again, sought resources in the forms of philanthropy and grants, particularly as a licensed childcare provider.

Kidz Kingdom’s designation as a licensed childcare provider helped tremendously when the state of Michigan’s Department of Health and Human Service began providing subsidies to childcare providers to assist families in need of childcare services during the pandemic. Kidz Kingdom also was able to receive PPP, Economic Injury Disaster lending from the Small Business Administration, loan forgiveness for a loan that North received through ProsperUS Detroit, and a few months of rent forgiveness.

“That was just groundbreaking, you don’t see that (kind of support) as a business owner,” says North. “While COVID has been, oh boy, we’ve been hard hit it’s also been somewhat of a blessing in disguise because we would have never seen this kind of support. It took business owners to go through a pandemic for the world to realize that, you know, business owners need help. They struggle. We’ve always needed low-interest loans.

Indeed, COVID-19 demonstrated how necessary it is for small business owners to be able to access low-interest loans, grants, and other sources of backup to deal with the uncertainties of landlords, or, even other unforeseen matters like a global health crisis. Having those resources in place helped North navigate the early months of the pandemic.

“I’m confident that we’re going to pull through because I’m not going to give up, but I see that this isn’t going to be an easy hill to climb,” North says.

As for the immediate future, North sys that she was getting ready to sign a four-month extension on her lease, which was set to expire in March. In February, she said that she was hoping to make some progress in identifying and securing a loan on the ideal property in her community to build a permanent home for Kidz Kingdom.

In the meantime, North has also developed other ways to bring playtime to families who can’t make it out to the playground. In December, she launched an online toy store featuring multicultural toys, books, games, and activities that promote acceptance of other cultures and education through play. Among the items on inventory is a book North wrote, “American Families & ‘The Talk,’” based on an op-ed she penned for the Detroit Free Press. The book addresses the difficult conversations that many families – such as her own – have recently had on the topic of racial justice in response to the events that took place in communities across the country last summer. 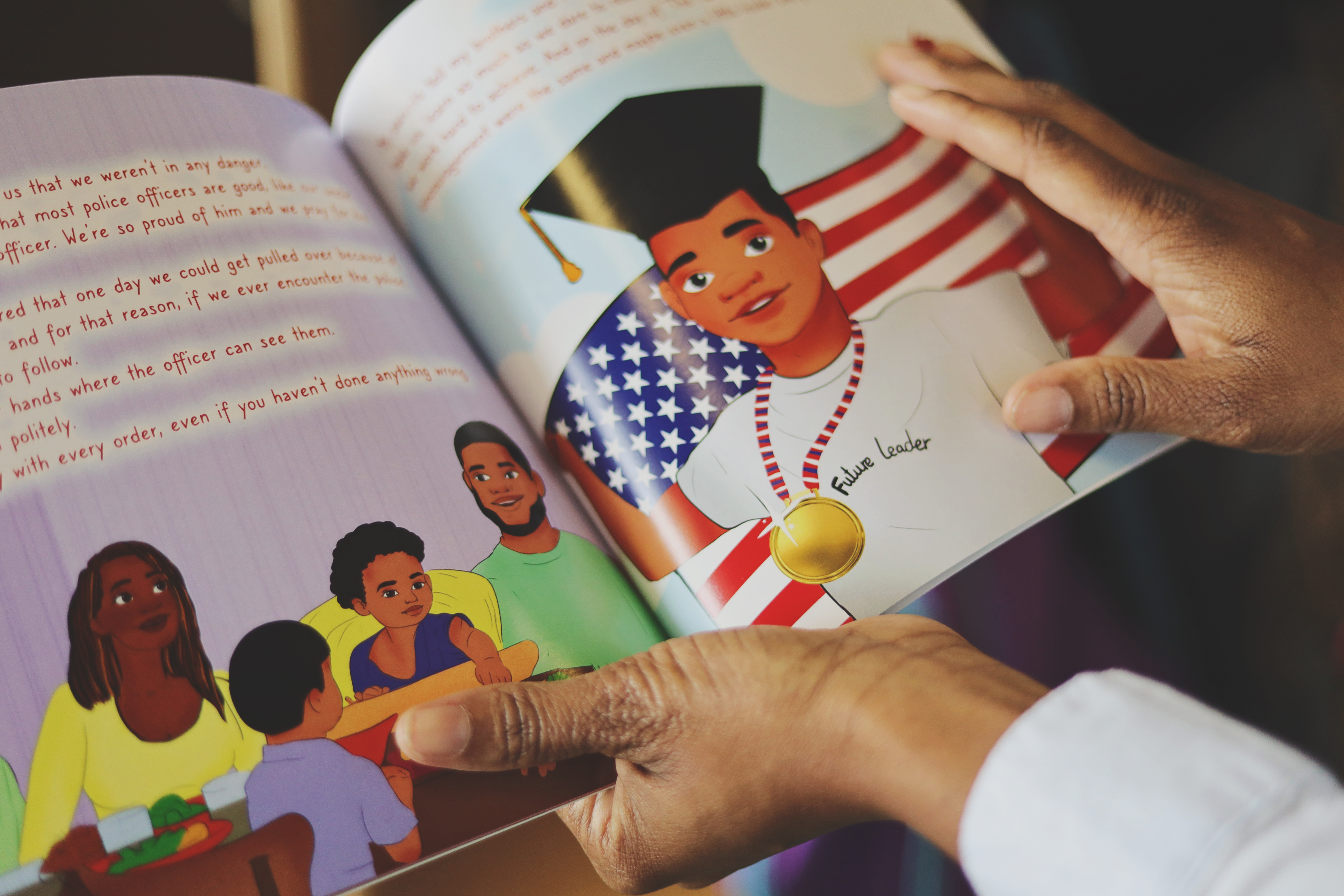 As North continues her mission to support children and families in her community, she has no doubt that she will keep pivoting to meet needs as they arise, whether through a book, a toy store, or – in the case of Kidz Kingdom – a multi-faceted place that kids and parents alike can enjoy.