The month of Ramadan is a time of self-reflection, giving back to one’s community, and sacrifice, sure. But make no mistake, it’s also a season to celebrate.

And in Metro Detroit, some of the most elaborate scenes where families revel — especially after sunset — is Dearborn. Home to possibly the largest Arab-American population in the United States, many of the city’s restaurants, cafes and sweet shops stay open late during the Holy Month so that the faithful can snack once the daily fast breaks.

Increasingly, food makers and community organizers are taking it up a few notches with elaborate pop-up food festivals, where kids and parents alike can unwind for a few hours between prayers. The Ramadan Suhoor Festival, in Dearborn Heights for example, drew in more than 8,000 revelers in its first weekend, according to Crain’s.

This year, Cheat Treats at 5838 Schaefer Road joined in on the action with its Bab El Hara food festival, which took place late May 18 until about 3 the next morning. The sweet shop’s owner, Ali Hachem, transformed an adjoining parking lot into an outdoor pop-up food court, where hundreds of families got to dig in on halal burgers, Mexican seafood, hookahs, unicorn ice cream, and Lebanese markouk saj bread. For folks who couldn’t fight the traffic at the much larger Suhoor festival a few miles away, the Cheat Treats affair offered an indulgent alternative.

Tostada editor Serena Maria Daniels and photographer Rosa María Zamarron stopped by the event to share a preview of the action in photos. 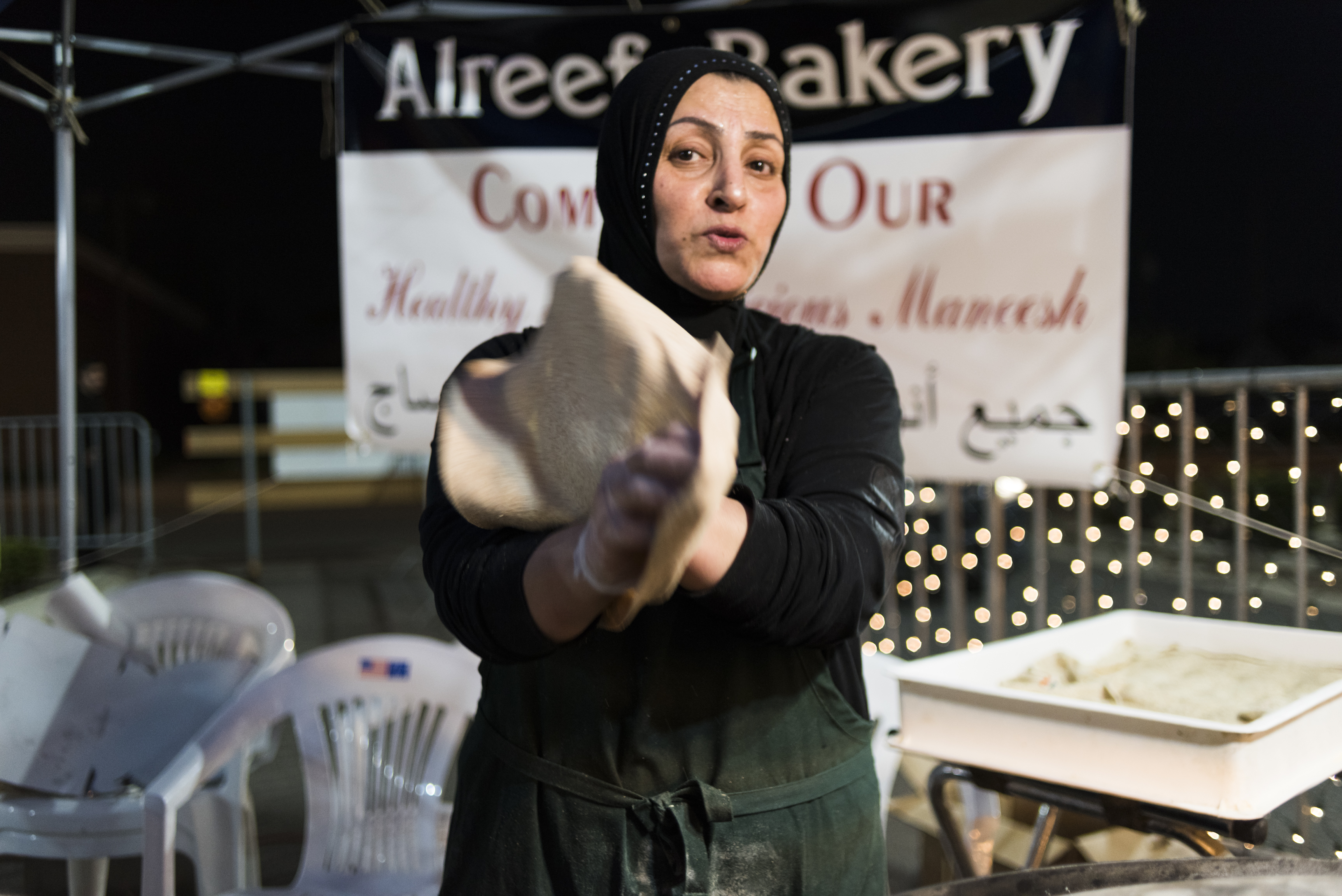 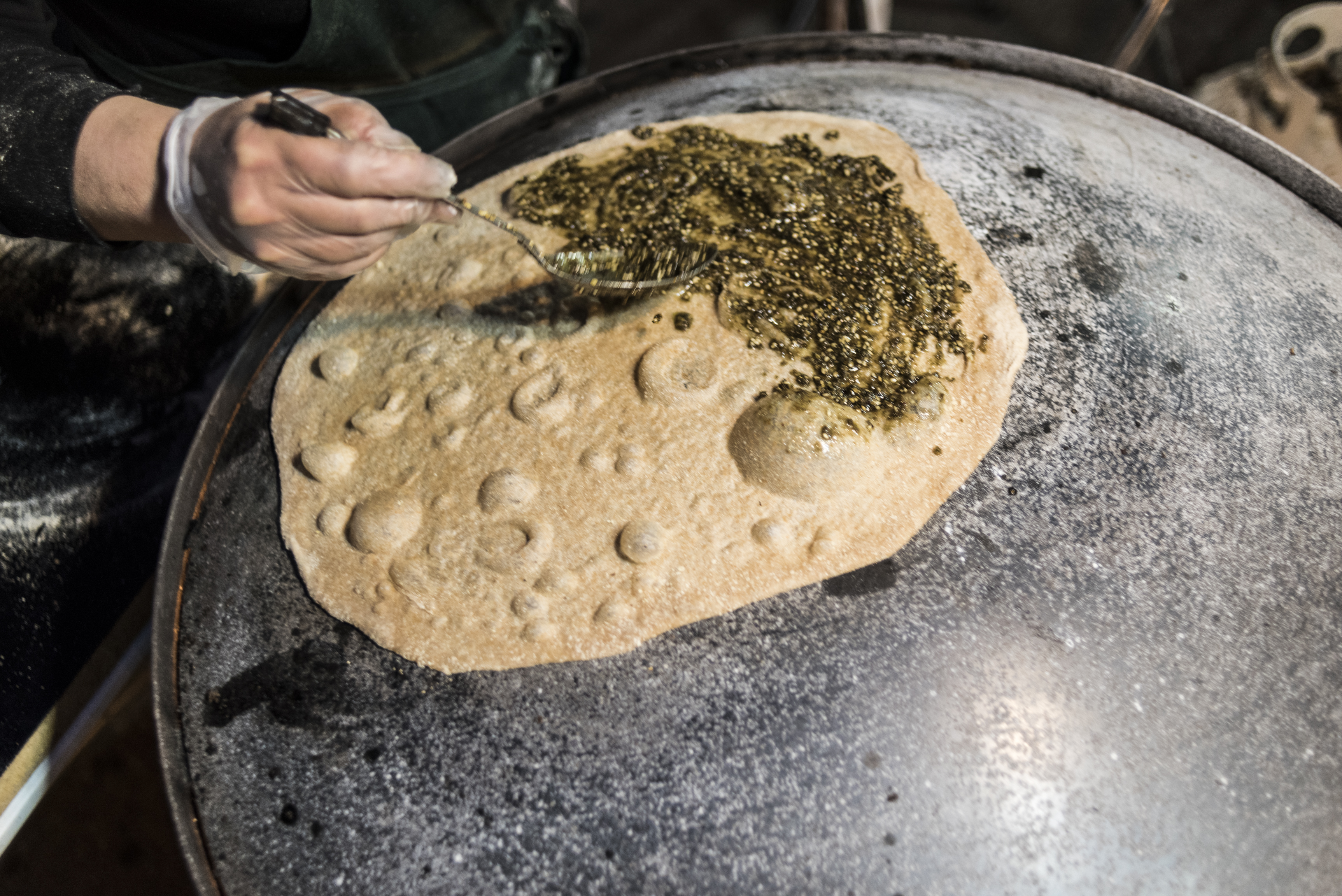 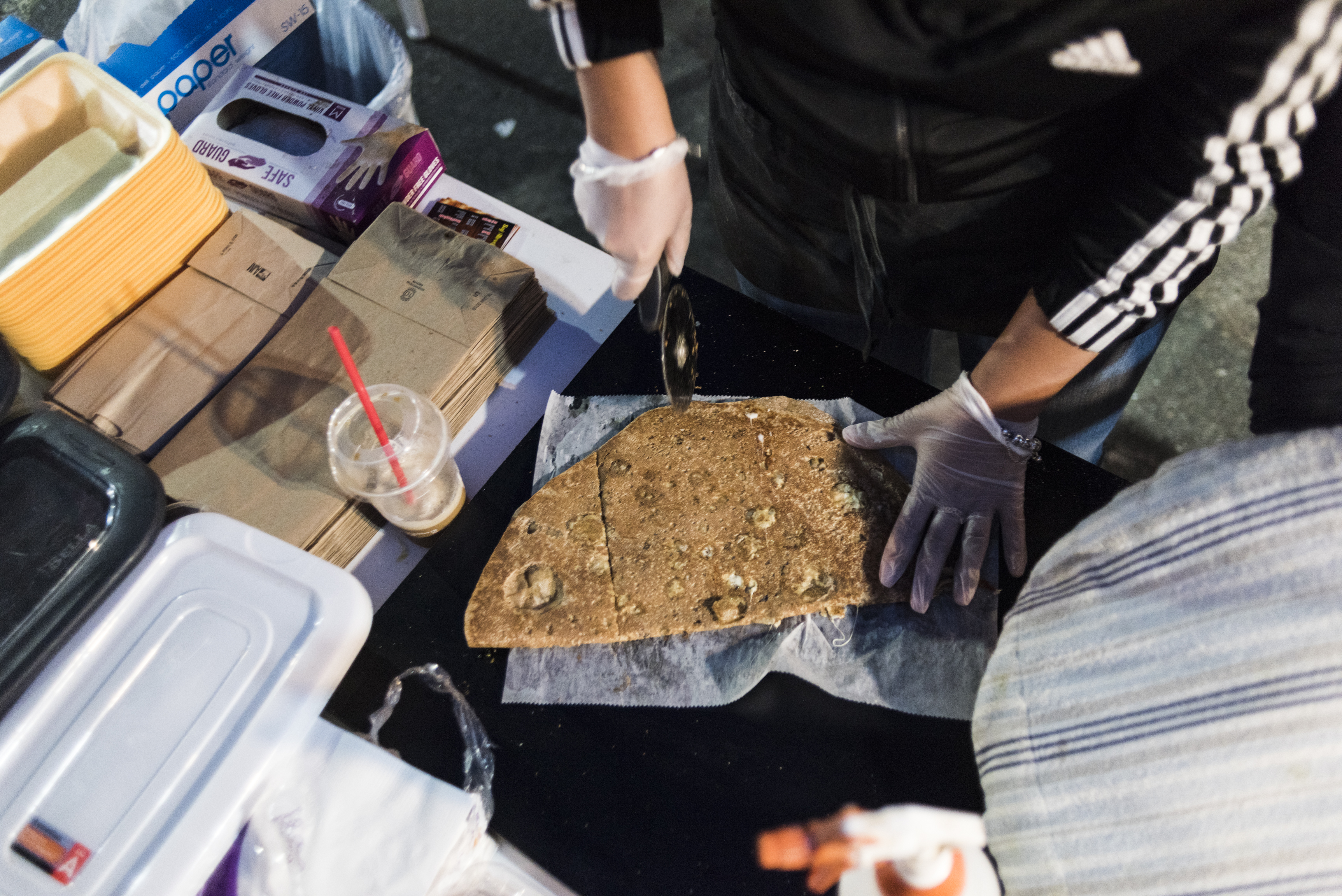 A mother and daughter sell traditional Lebanese markouk saj bread from Saj Al-Reef Bakery. The bread is prepared on a sajj, a concave oven, using wheat dough that’s first rounded and flattened before being placed on the heat source. The bread is topped with a choice of mozzarella cheese, zaatar, or deli meats, folded in half and sliced into thirds. 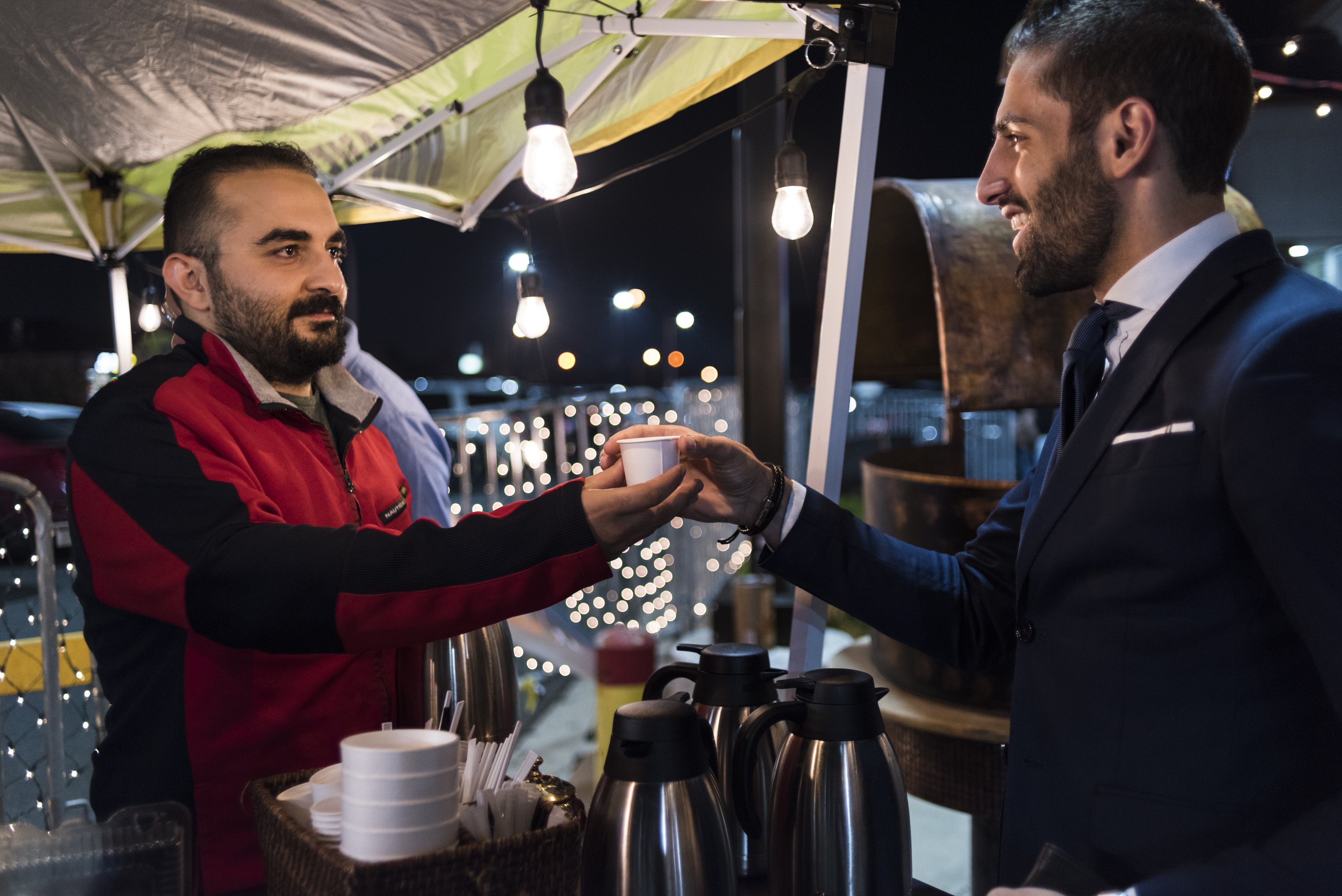 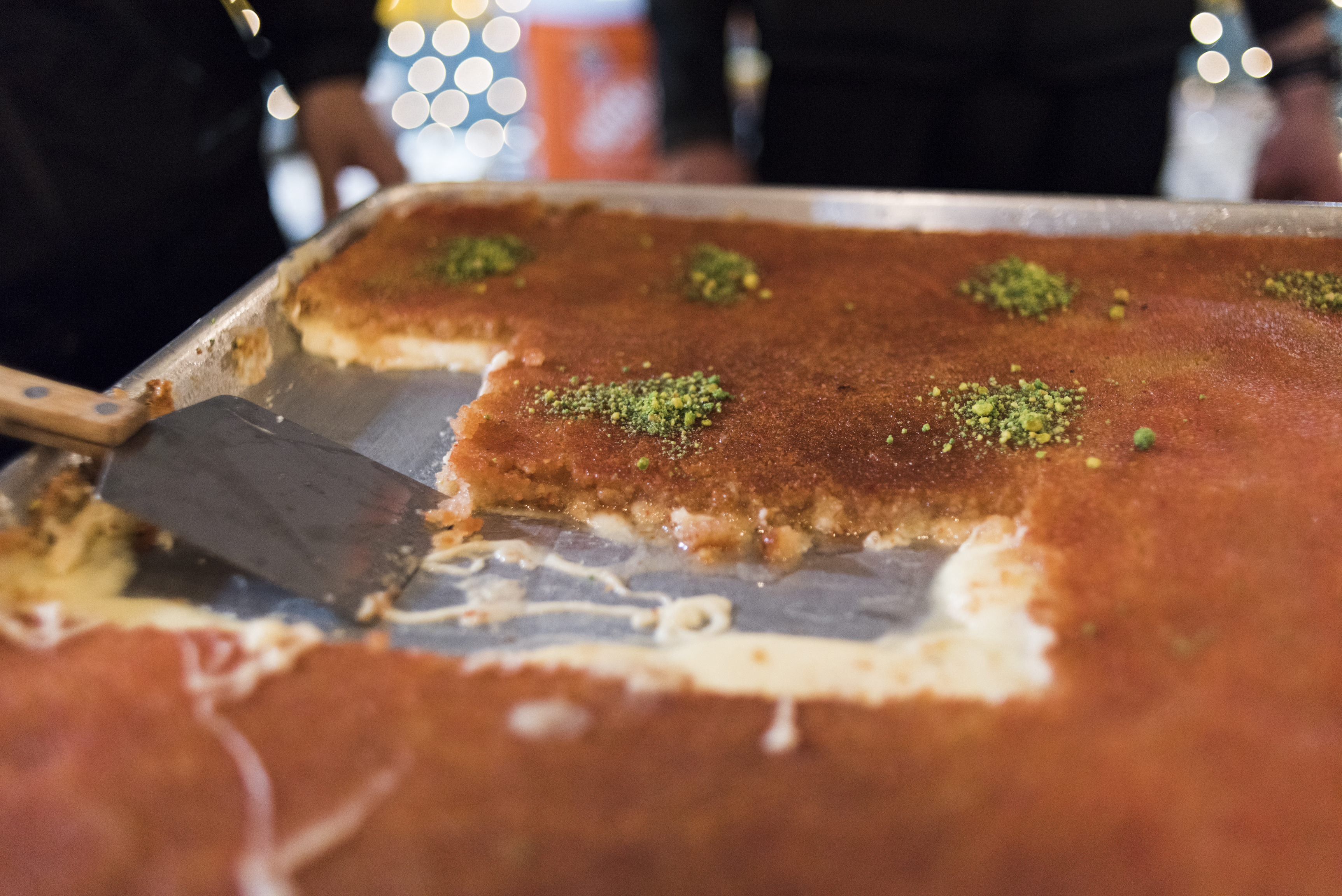 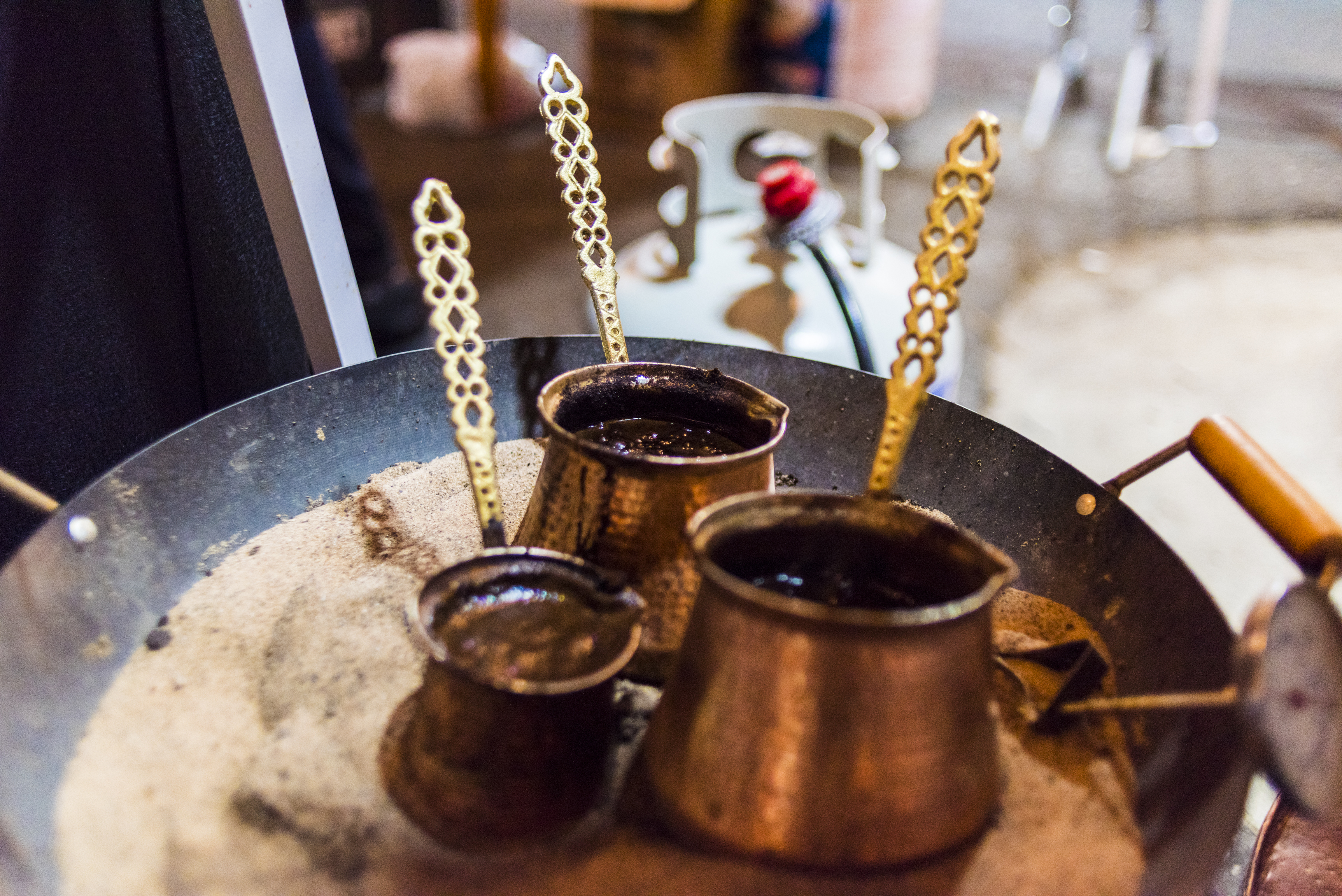 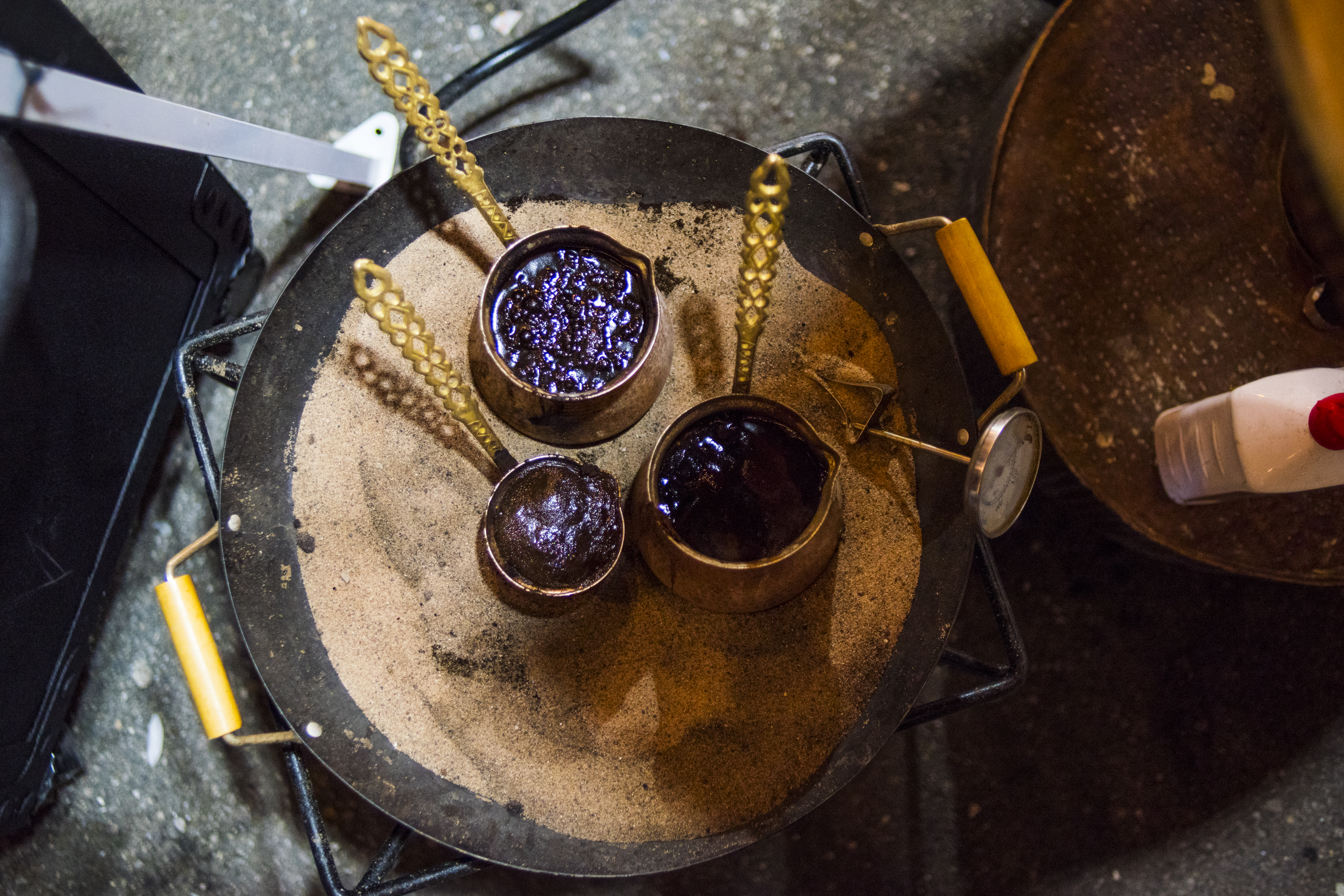 The Turkish and Arabic coffees, kanafeh pastries, and Turkish ice cream from The Kunafa catering company simply cannot be resisted. 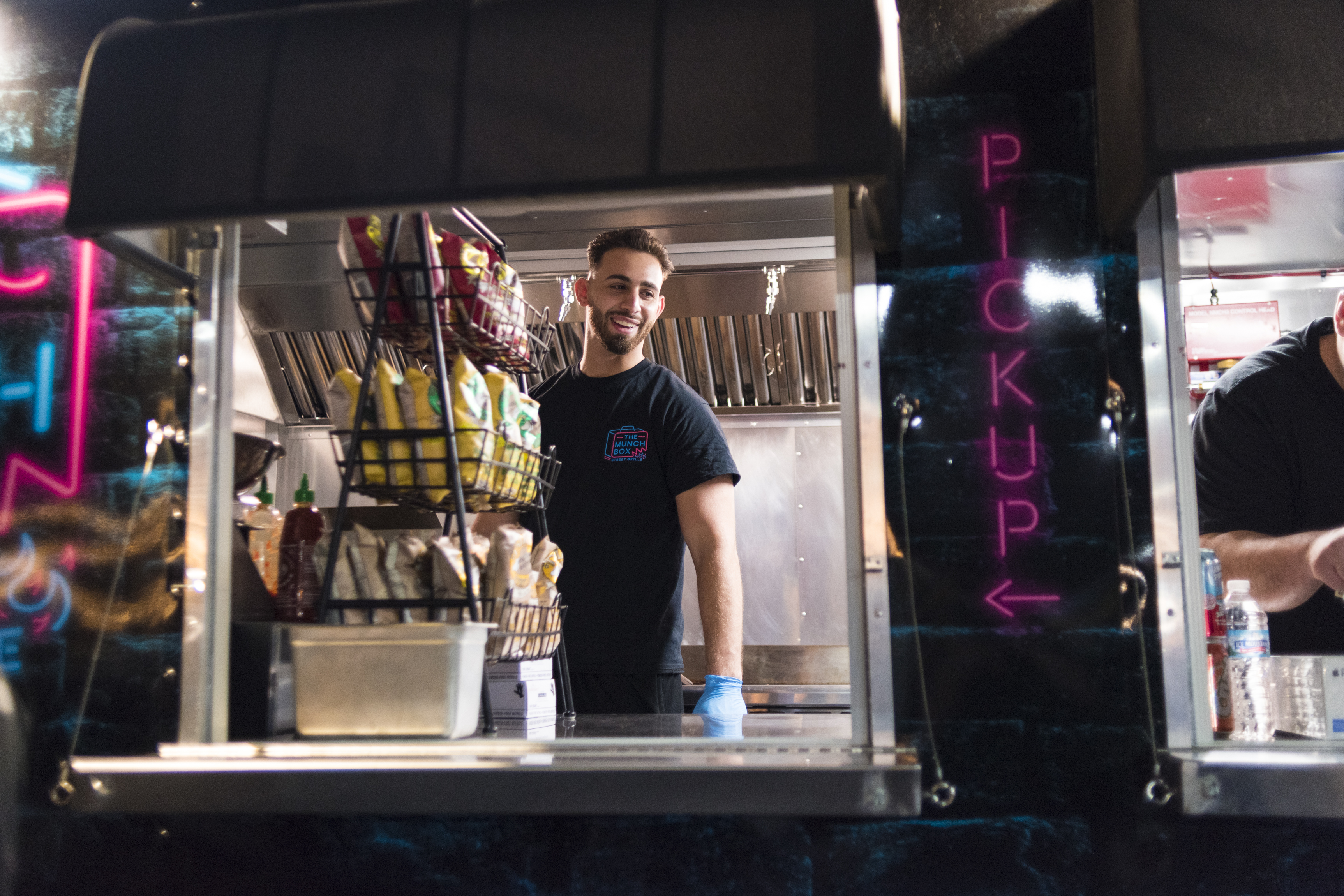 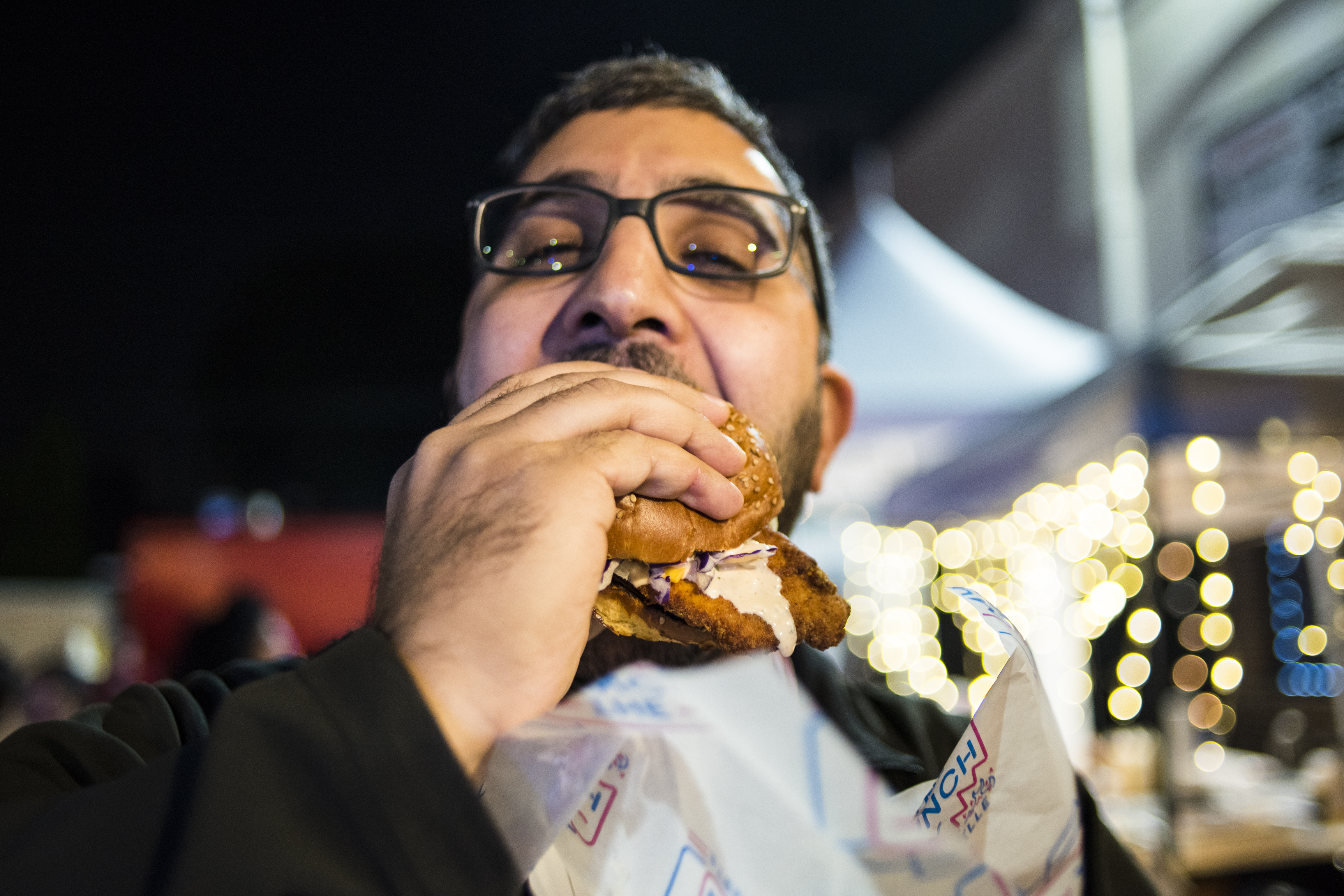 After fasting all day, nothing beats a “Mother Clucka” chicken sandwich from the all-halal Munch Box food truck. 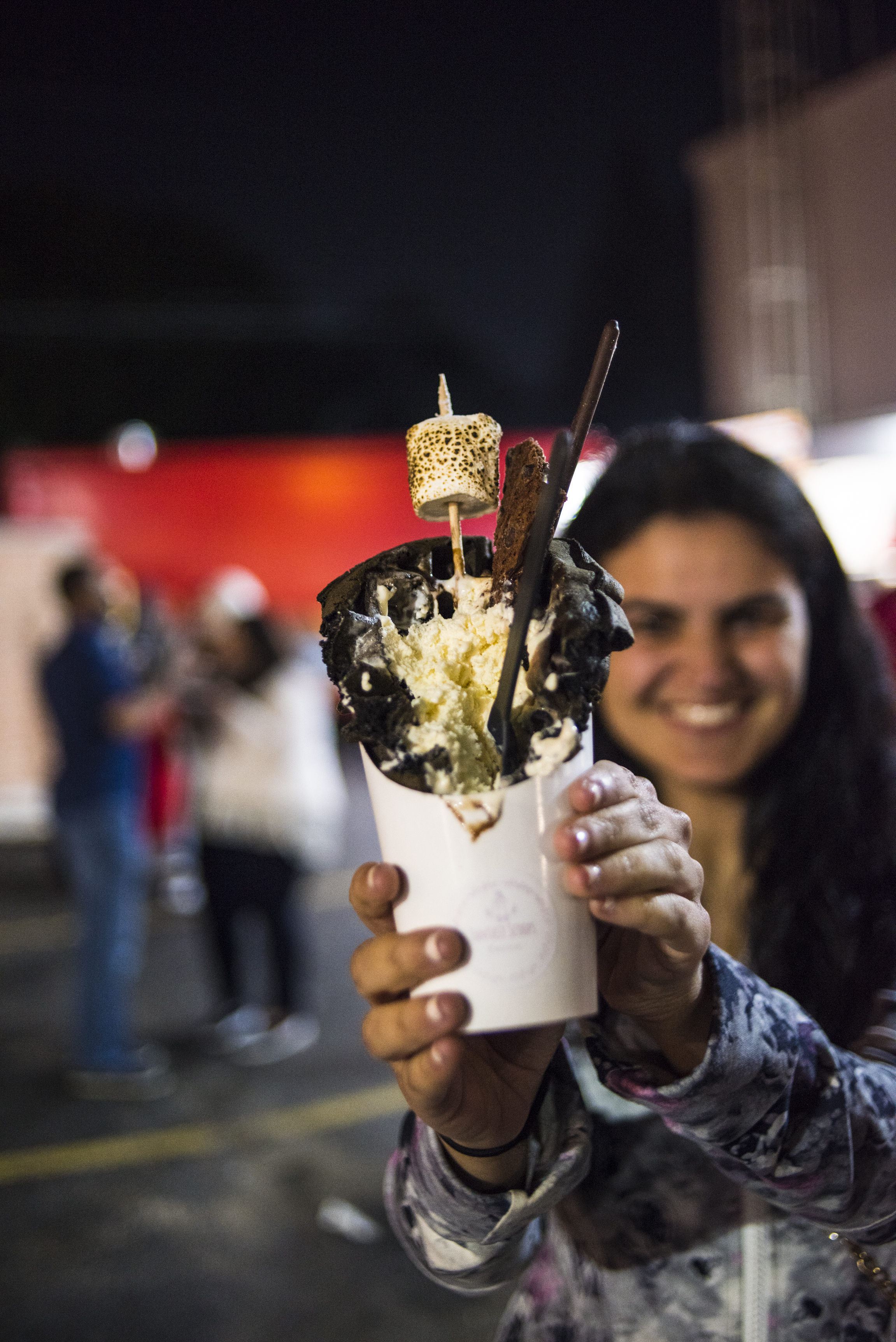 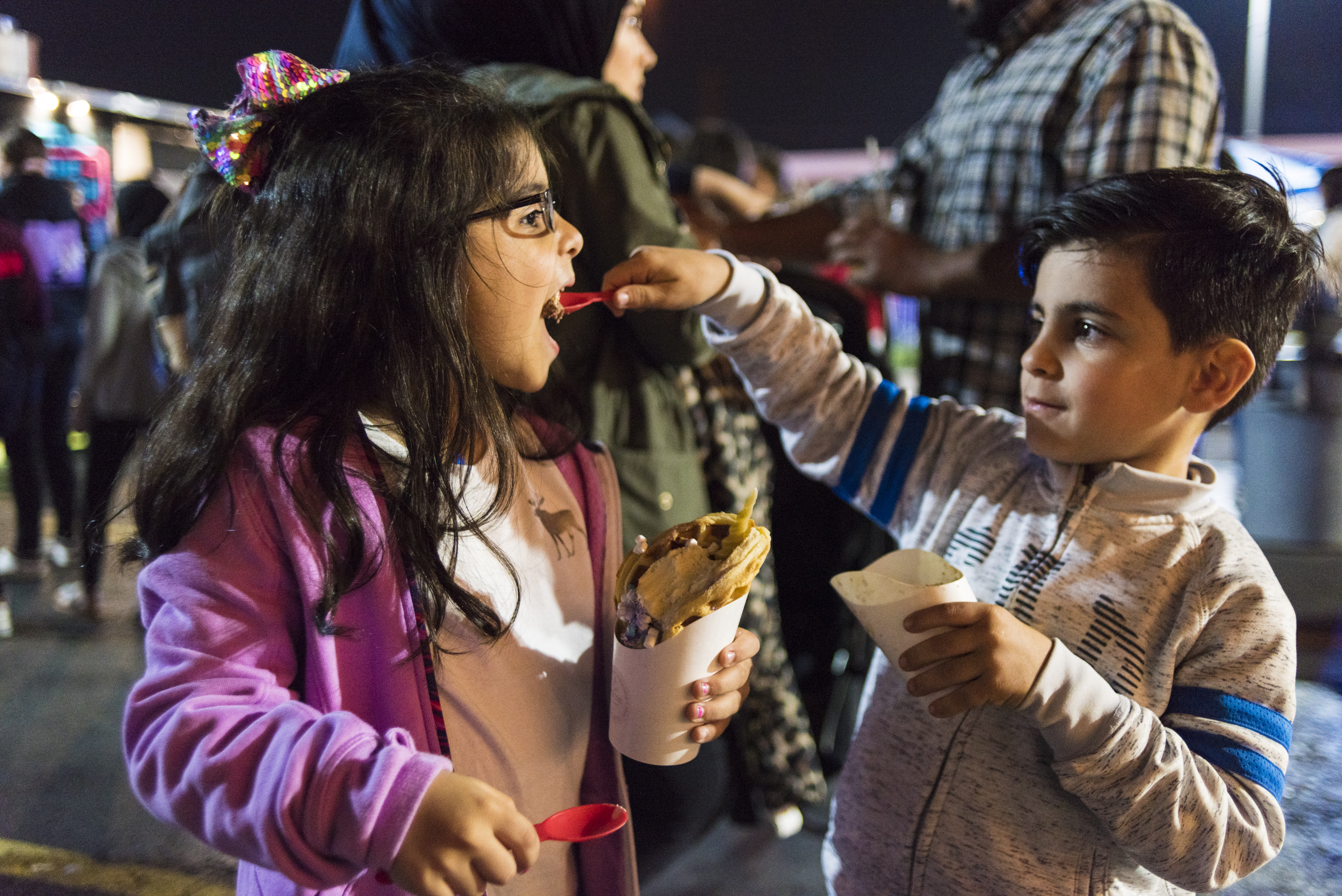 Above, Suzanne Berro, and Hala, 7, and Hassan, 5, of Dearborn. Not pictured, Hanan Saheli, 30, mother of Hala and Hassan, who tells us that the family had iftar at home before coming out for dessert at Fantasy Scoops. “Everyone is full right now. Wait until after midnight, this place is going to be packed,” she says. 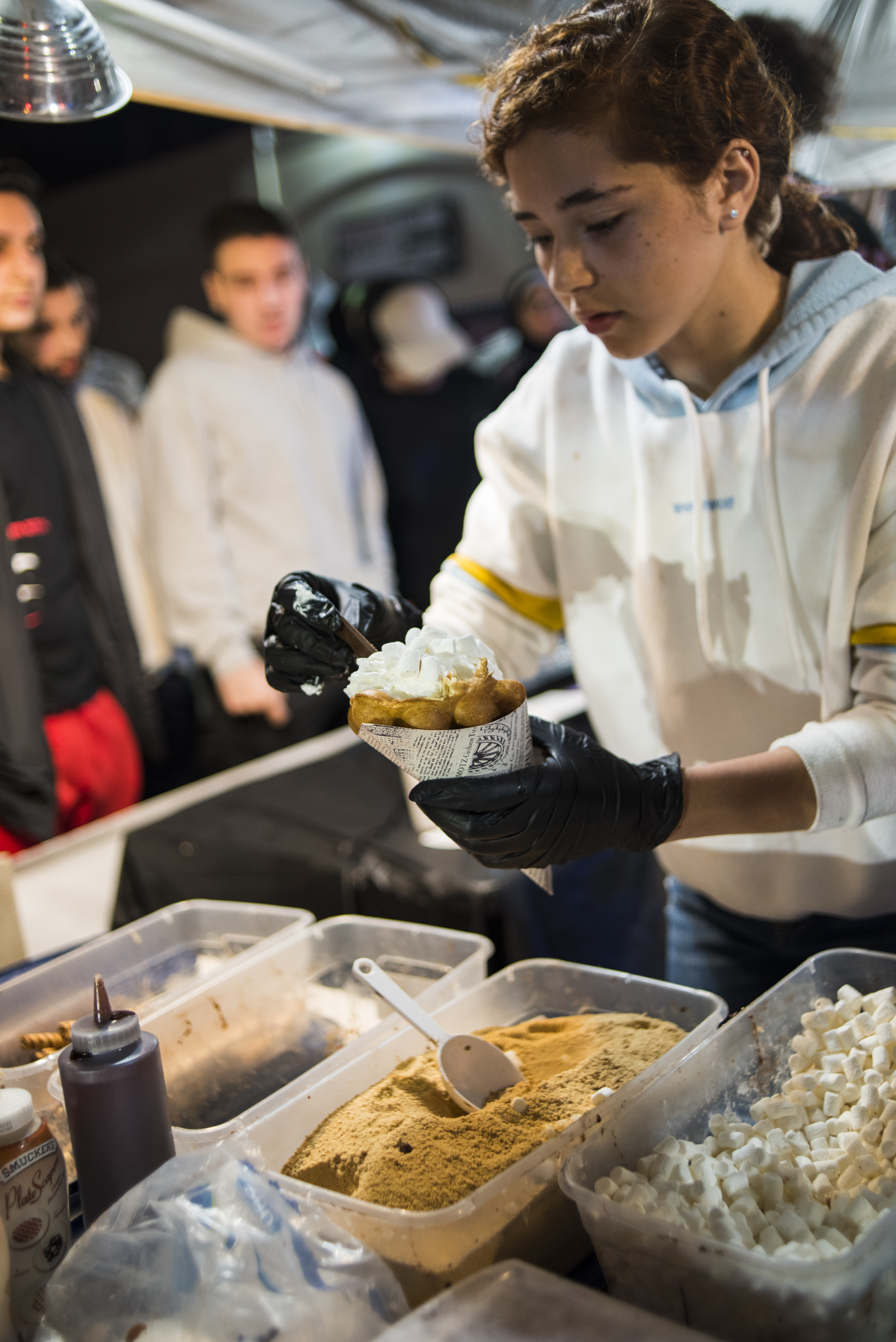 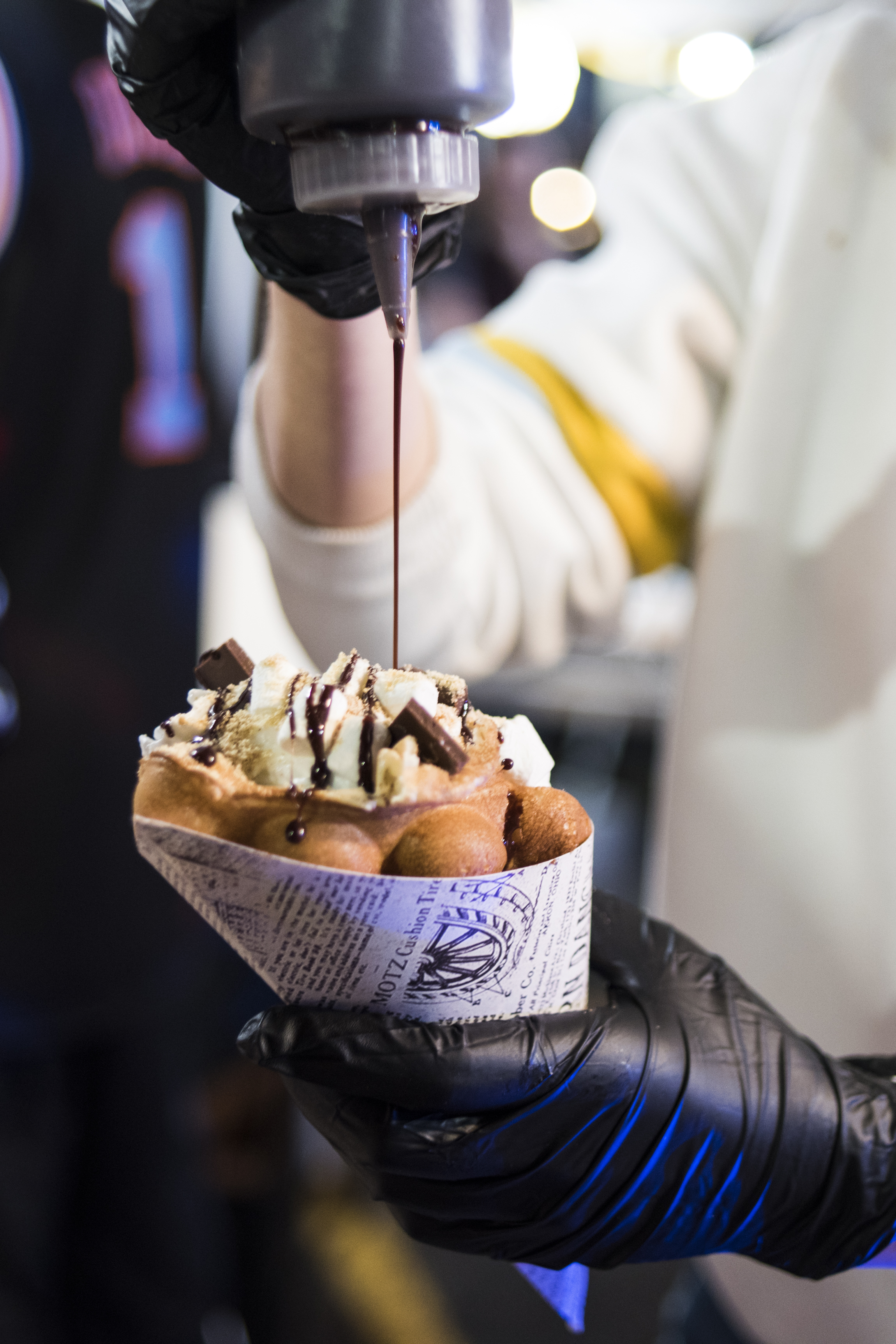 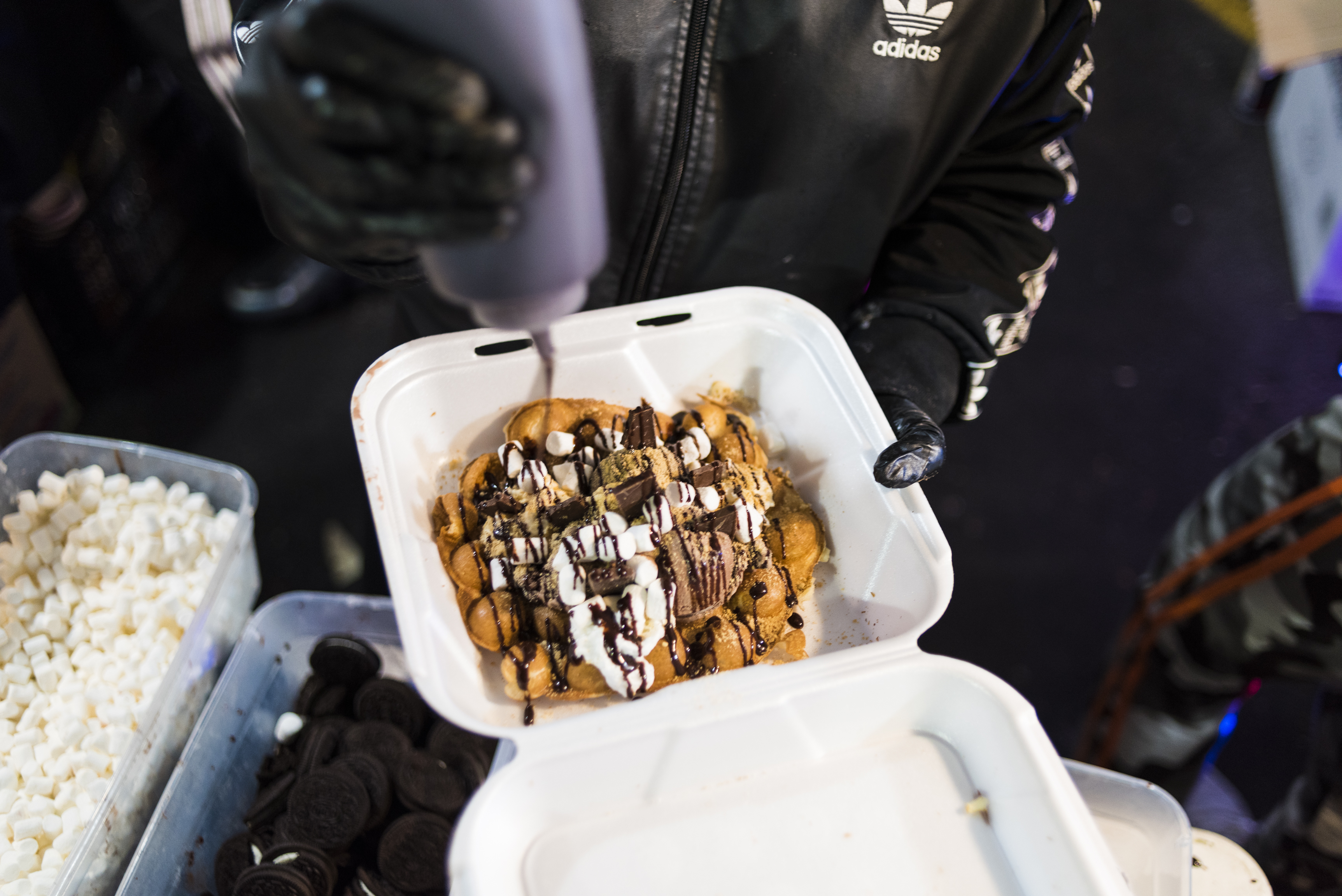 Speaking of dessert, the bubble waffle cones — loaded with ice cream, cookies, marshmallows, and more — from Dip N’ Drip has festival-goers lined up all night. 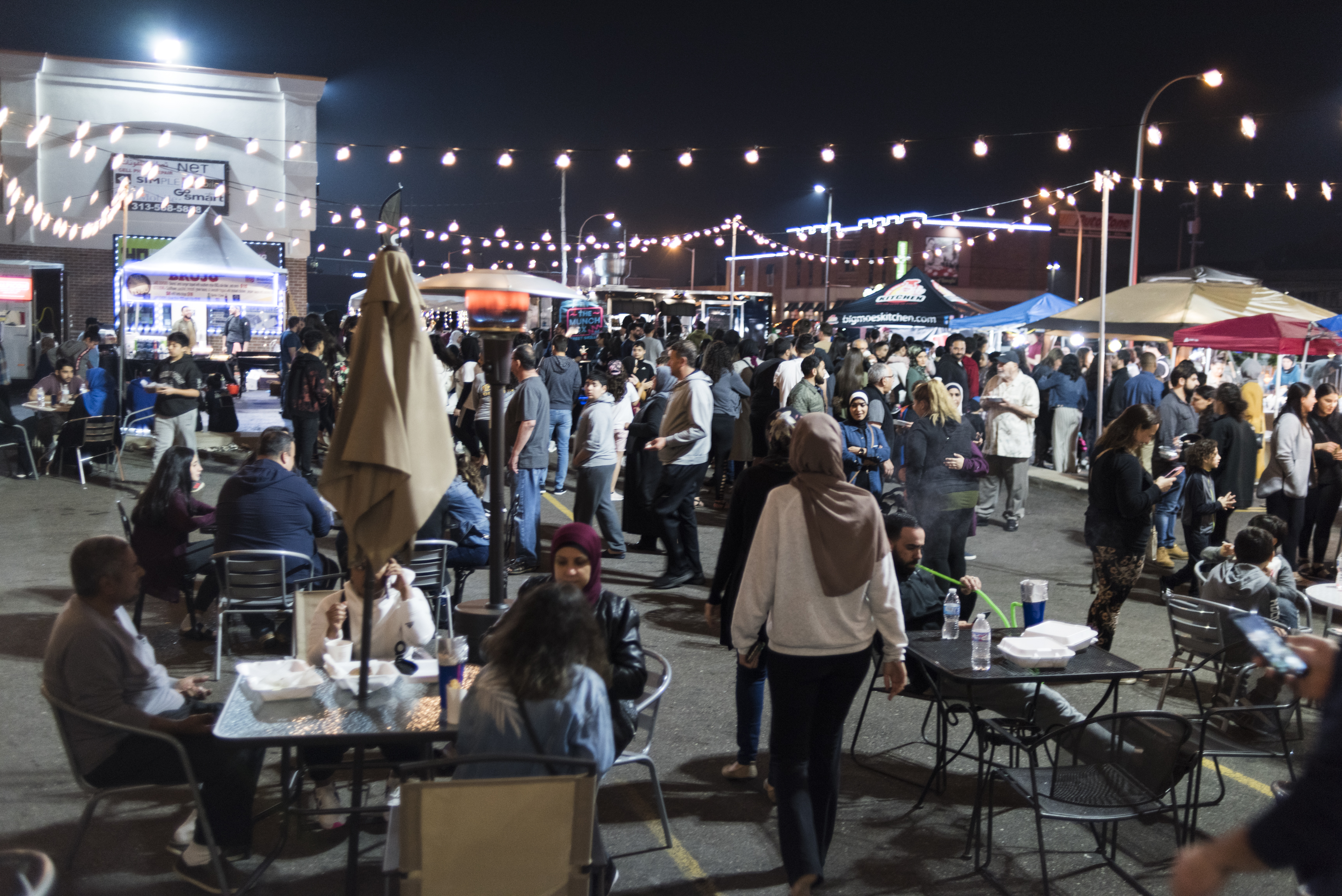 The crowd outside of Cheat Treats, above, was relatively mild, compared to the snarls of traffic surrounding the Ramadan Suhoor Festival on Warren Avenue in Dearborn Heights just a few miles away. Crain’s says upwards of 8,500 people were in attendance there earlier this month. 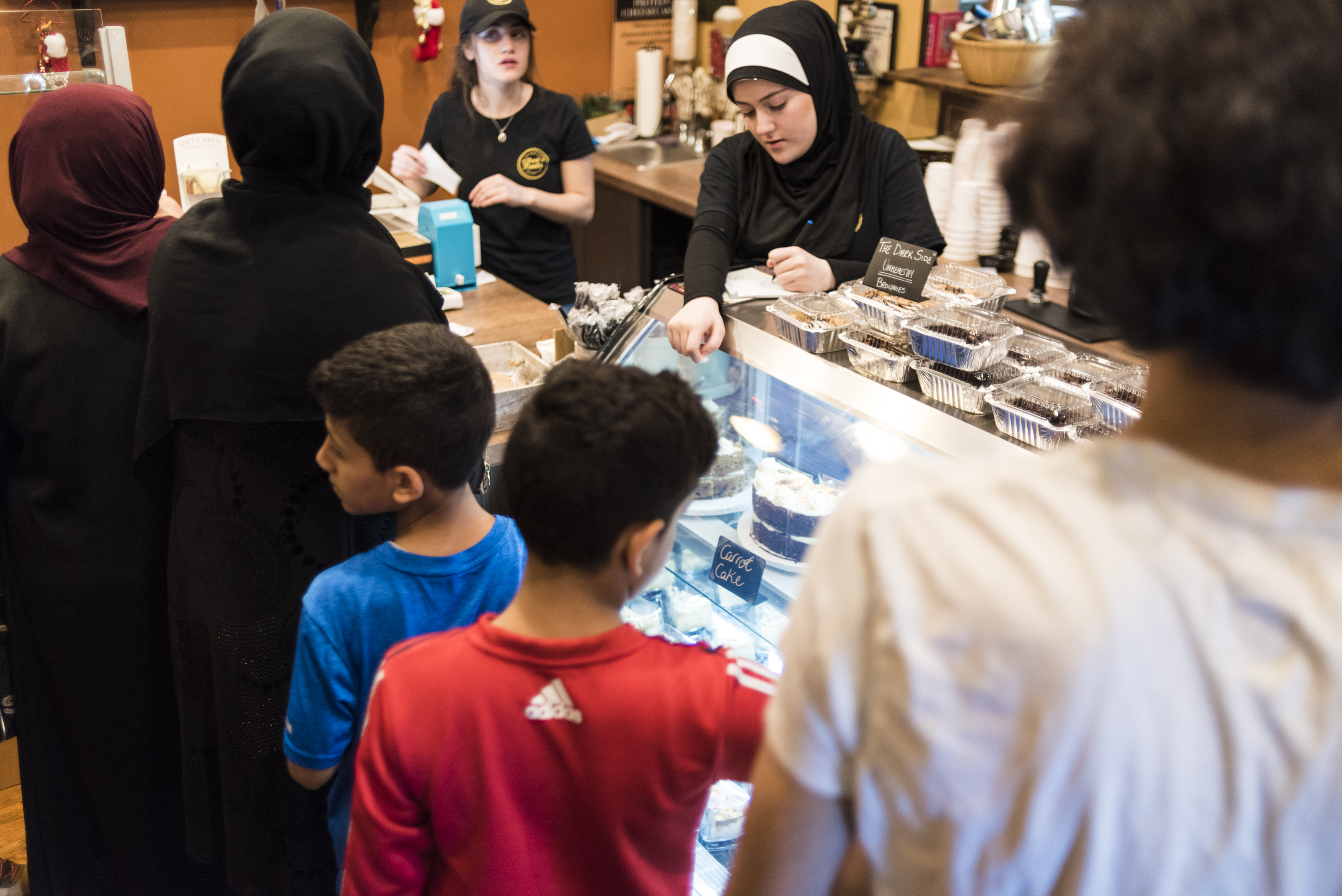 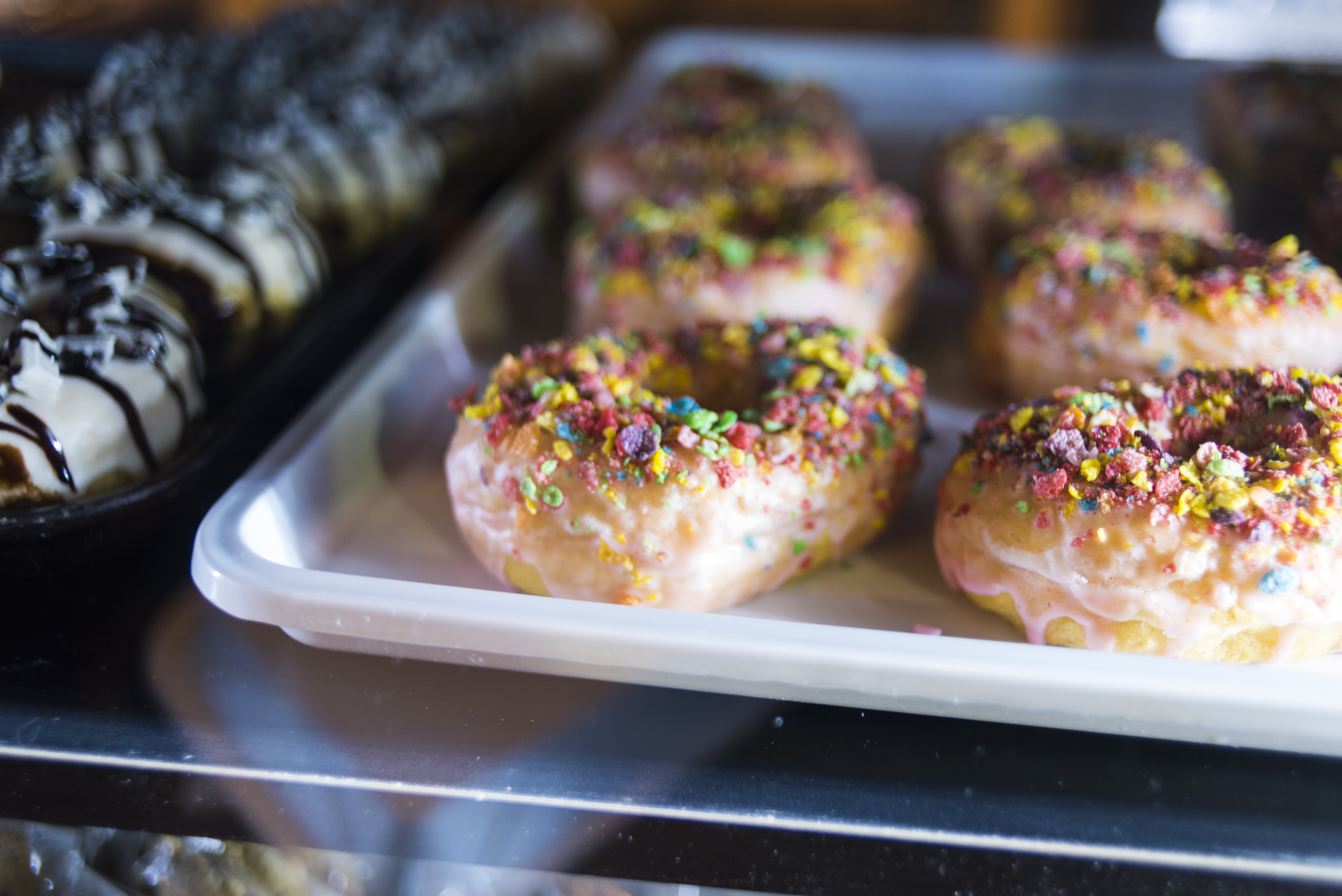 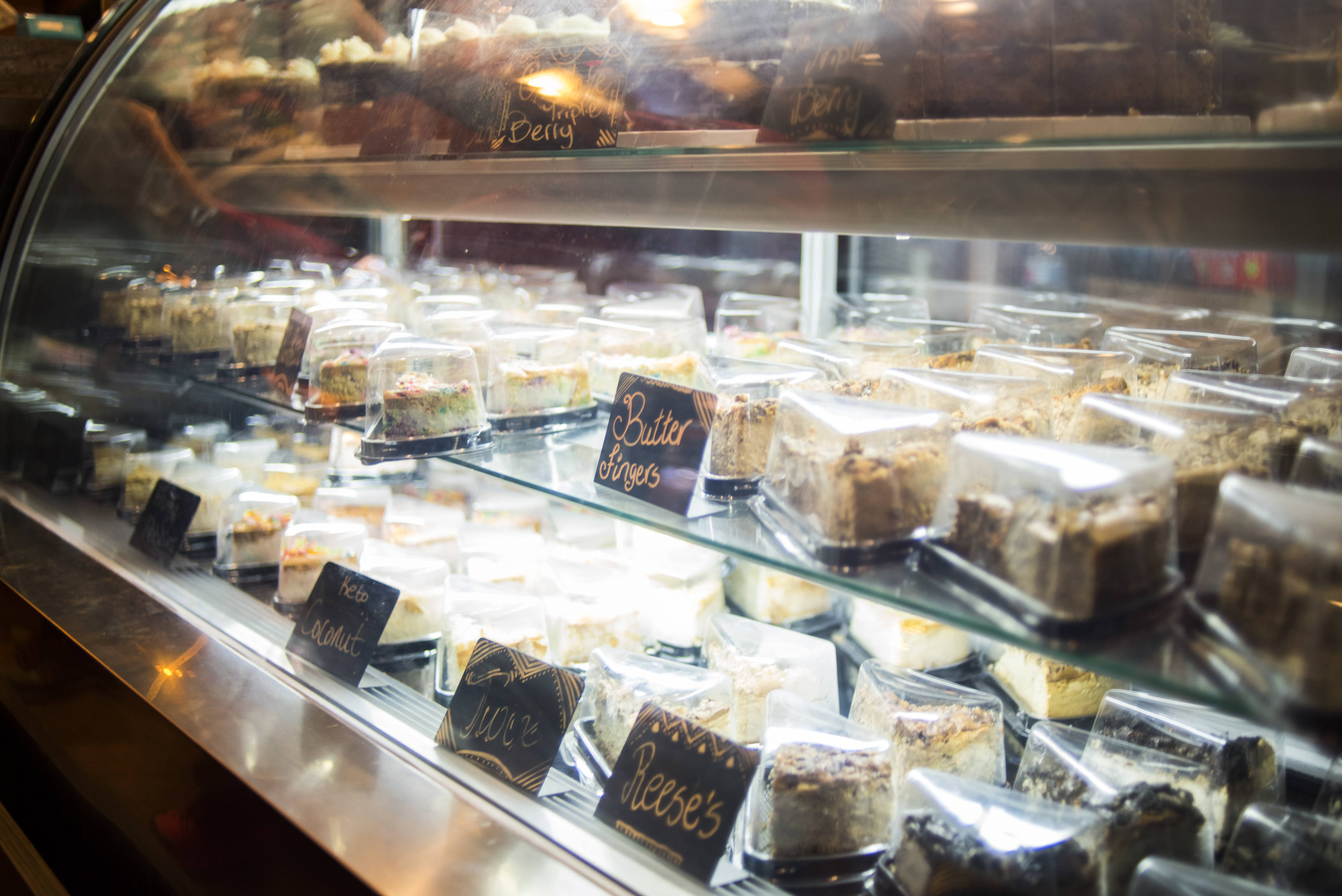 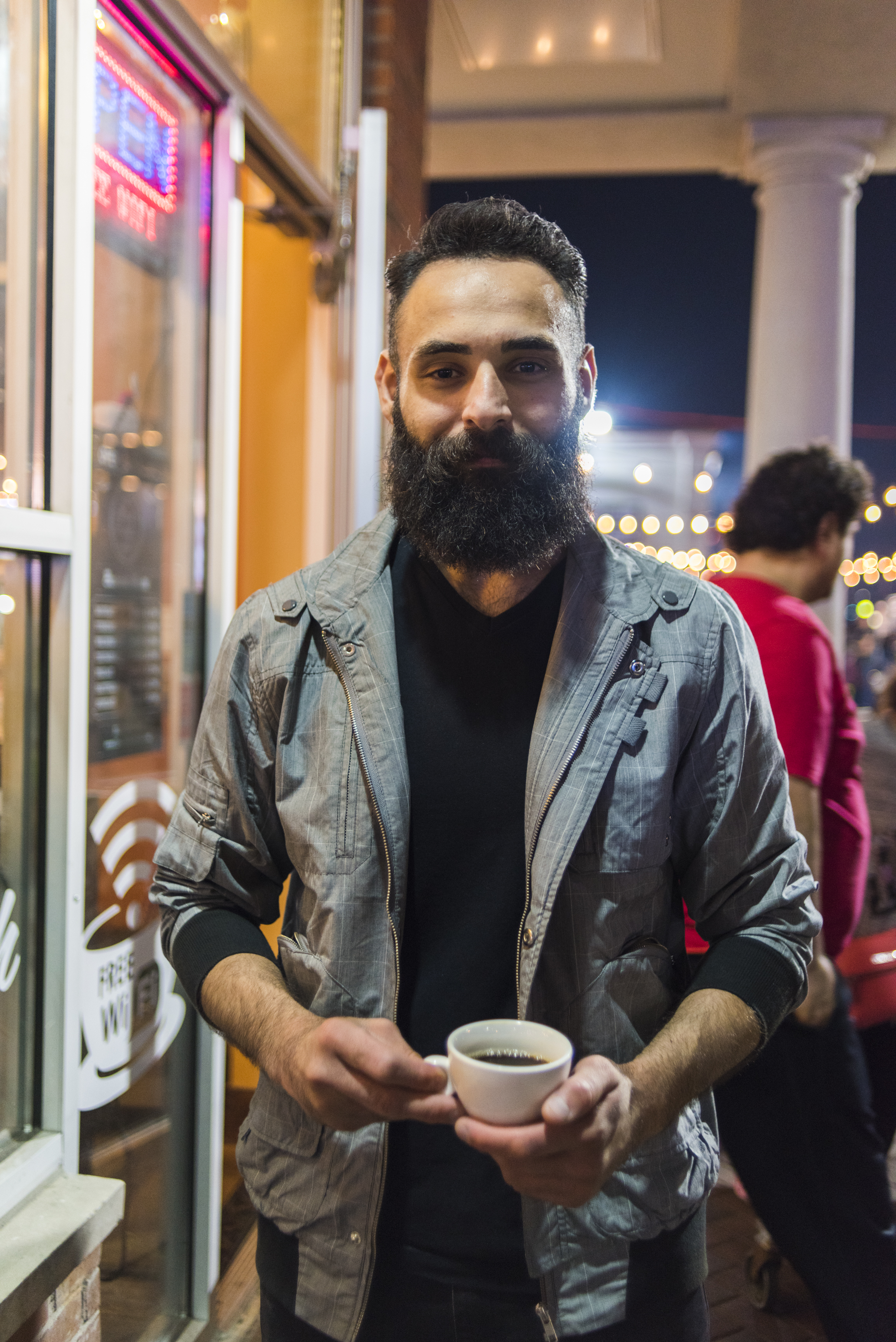 Cheat Treats, which opened its brick and mortar location just over a year ago, is the creation of Ali Hachem, above. He said his business came alive in 2013 when he started making cheesecakes out of his basement. He posted his creations on Instagram and soon was accumulating a cult following. The shop specialized in outrageous doughnuts topped with cereal and some stuffed with whole candy bars, shakes loaded with whole cookies and candy toppings, liquid nitrogen ice cream, edible cookie dough, and of course, his signature cheesecakes. Offerings also include vegan cookies and sweets that comply with the Keto diet.

This article is part of the Ramadan in Detroit storytelling series and was made possible by the Insight Surgical Hospital of Warren and Wheelhouse Detroit Bike Shop, with locations in Detroit and Hamtramck.