Join us at 6 p.m., December 8, at PizzaPlex at 4458 Vernor Highway to enjoy a meal of wood-fired Neapolitan pizza, salad and a special side — all crafted by PizzaPlex and Make Food Not Waste chefs using healthy ingredients that too often go to the landfill. Tickets are $50 and proceeds go to support the journalism of Tostada Magazine and Planet Detroit, who’ve teamed up to report a new series exploring food waste solutions in Detroit. This is the first in the series. To purchase your ticket, click here.

One thing you might not notice right away about PizzaPlex, nestled inside a nondescript brown brick building along Vernor Highway in southwest Detroit and a stone’s throw away from a barbershop, is its commitment to limiting the pizzeria’s carbon footprint.

You’d be forgiven. There are so many other features to capture your attention – like the karaoke bar, a wine-tasting series, or its Sospeso Collective, which invites customers to purchase food on behalf of others experiencing food access challenges.

But fighting climate change by reducing food waste is ever-present in the minds of PizzaPlex’s team. And it all starts with the menu.

Co-owner Alessandra Carreon and her team have been making intentional choices about which dishes stay and go since the restaurant opened about five years ago, driven by a desire to avoid sending edible items to the landfill. Careful menu planning is the crux of PizzaPlex’s source reduction strategy—actions taken to eliminate or prevent food waste.

Carreon and her small but mighty kitchen team hope that by practicing source reduction, they can divorce themselves from contributing to the mountains of food waste contaminating landfills and driving up greenhouse gas emissions each year.

The key to source reduction, Carreon says, is limiting the restaurant’s menu. Over the years, the menu at PizzaPlex has undergone waves of change.

Their approach to source reduction focuses mostly on pizza toppings and the sides the restaurant offers. In the beginning, there were struggles. The restaurant was “overdesigned,” Carreon said, by being open for too many hours and offering too many sides that people weren’t buying, which ended up becoming food waste.

Now, when a new menu item is introduced, they’ll serve those dishes for as long as they have the ingredients on hand. Once that trial period ends, if a dish hasn’t sold well, that’s when the team will amend the menu.

Recently, PizzaPlex stopped offering a side of white beans after sales began to dwindle. And it was a relatively swift decision. “If people don’t order it, then we remove it altogether from the menu,” Carreon said. “People will buy it once in a while, but not enough to justify carrying something.”

When cooking pizzas, the team makes only enough dough as needed, a process that’s been refined over the years as they’ve learned which versions are the best sellers. This way, tracking the amount of ingredients purchased and knowing exactly how they’ll be translated into products eliminates the opportunity for food waste.

PizzaPlex’s attentive menu planning has brought relief to its pocketbook. “You’re not overspending on something that doesn’t even get purchased,” Carreon said.

Additionally, the restaurant’s participation in The PLEDGE on Food Waste — an international, third-party certification program that trains businesses how to reduce the amount of food they throw away — is bringing them closer to performing another source reduction measure called a waste audit. A waste audit involves tracking and measuring how much food waste occurs, down to weighing specific food use. Measuring waste helps businesses recalibrate their behaviors and processes and prevents future waste. Right now, all leftover food — whether produced from food preparation or if a customer doesn’t finish a meal — goes into a compost bin. Carreon hopes the restaurant will take on the data-driven approach to tracking food waste in the near future.

Local food scrap management company My Green Michigan picks up the restaurant’s leftover food scraps in order to compost them. The paint on the walls is devoid of harmful volatile organic compounds and the bar was constructed from salvaged wood. When diners want to take one of the restaurant’s certified, Neapolitan pizzas home, the pies are enclosed in white boxes made from recyclable materials, avoiding the damage wrought by plastic food containers with chemicals that can leach into foods or groundwater and soil while slowly degrading.

And as much as possible, PizzaPlex sources fresh produce locally, which food waste reduction advocates say points to an oncoming era of food regionalization as supply chain challenges and labor shortages persist.

While PizzaPlex is rooted in food sustainability principles, source reduction has still been a process of trial and error.

“There’s a tricky balance there,” Carreon said. “Because, on the one hand, we want to be able to offer a diverse set of items on the menu. But with that comes potentially carrying more ingredients that may be ordered.”

As they charge ahead, Carreon and her team will still be navigating that tight balancing act: managing the demands of the sustainability mission and the reality of running a restaurant.

“We want to be able to offer a variety of things,” Carreon said. “But not at the expense of making more waste.” 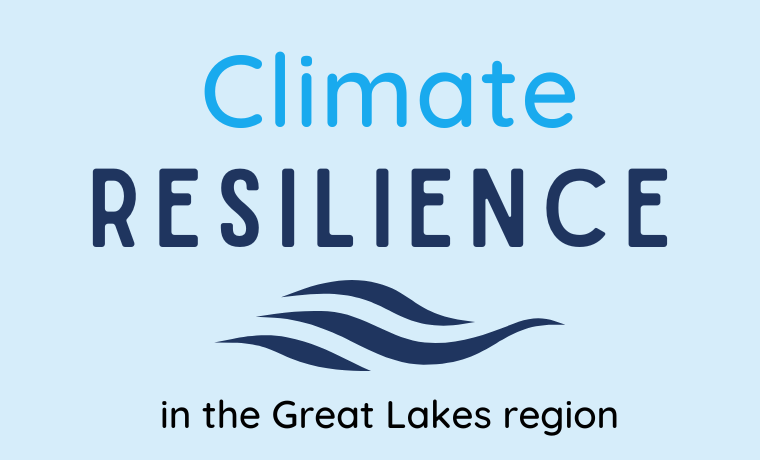 This story is part of a collaborative series from the Institute for Nonprofit News, Planet Detroit, Tostada Magazine, Midwest Energy News, The Land, and Borderless Magazine examining climate resilience across the Great Lakes. This reporting was made possible with support from the Joyce Foundation.