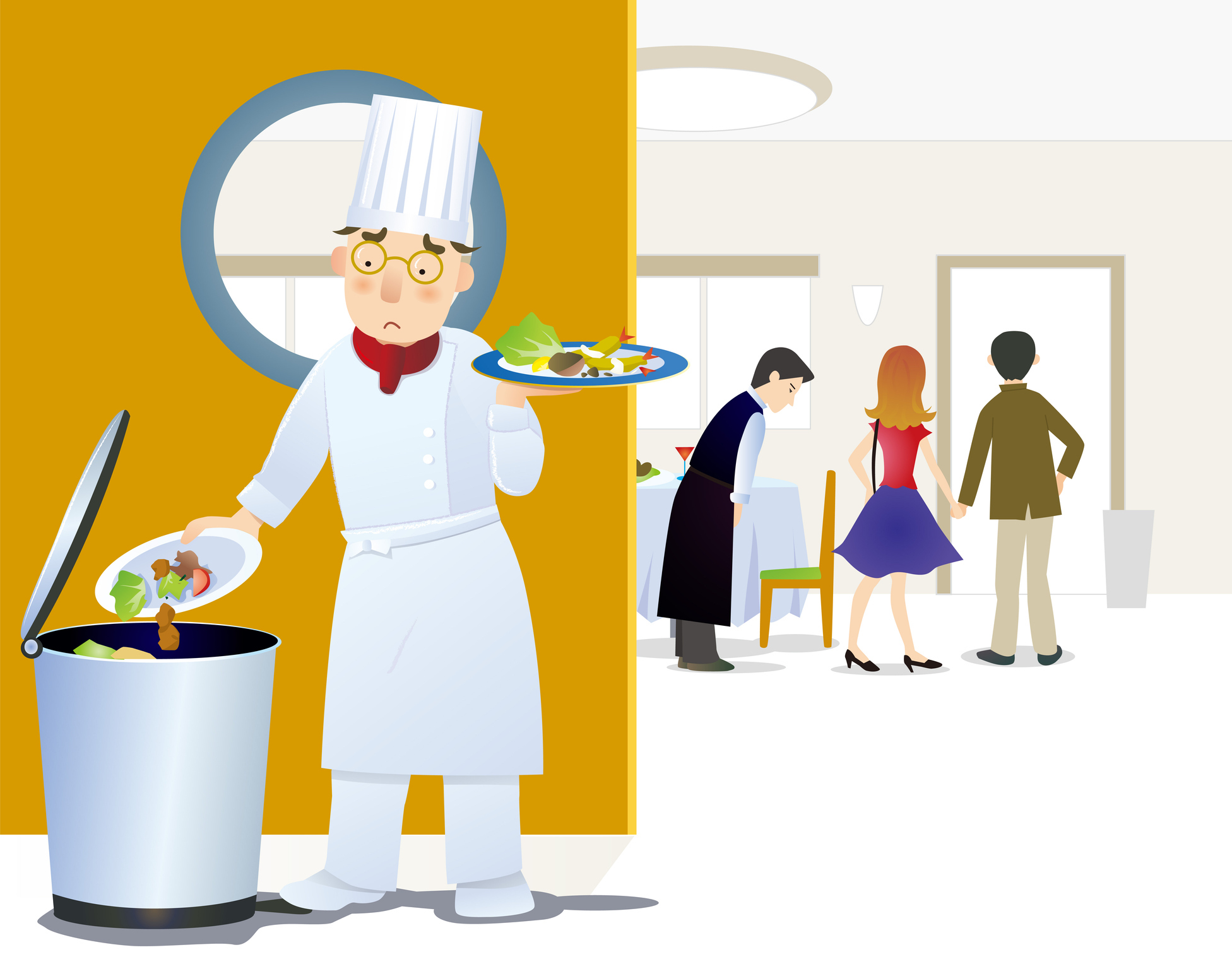 When it comes to wasting food, America is among the world leaders. According to a 2021 report by the United Nations, Americans waste more than 45 billion tons of food –  more than 138 tons – every year.

Americans waste approximately 30-40 percent of our food supply, according to the United States Department of Agriculture. And our food waste per capita is higher than the world’s top two food wasters– China at 125 and India at 93 tons per person per year.

Food is wasted at every step of our increasingly lengthy, complicated, and industrialized food supply chain. During production, food is lost through spoilage and pest damage. More loss occurs during processing and delivery, equipment malfunction, over-ordering, and tossing of nutritional-but-blemished fruits and vegetables. At home or in a restaurant, we overbuy and order too much.

And most of that wasted food ends up in a landfill, which has implications for climate change.

“There is a direct link between landfilled food and a hotter planet,” says Danielle Todd, founder and executive director of the local nonprofit advocacy group Make Food Not Waste. “Decomposing food in landfills releases methane, a powerful gas that traps heat in the atmosphere. And because we throw away so much food into the garbage, we’re essentially constantly pumping methane into the atmosphere.”

One of the worst culprits is the restaurant and hospitality sector, which accounts for about 40 percent of all food waste at a cost of $376 billion.

“A lot of that comes from the consumer side, what’s called plate waste,” Todd said, “That can come from eaters not finishing everything on their plates, from buffets, or catering. But it can also come from the kitchen if the staff isn’t careful in ordering the right amount, storing food properly, or overproducing.”

To address this issue, Make Food Not Waste launched a program earlier this year designed to encourage local restaurants and hospitality businesses to take concrete steps towards reducing their food waste. So far, 30 Detroit restaurants have signed on to The PLEDGE which aims to help them pinpoint and eliminate sources of food waste within their day-to-day operations.

Some of the project’s greatest successes so far have involved french fries.

“We’ve heard from a few restaurants that the servers or dishwashers have flagged certain foods that consistently come back without being completely eaten – like french fries,” she said. “Now that they’re looking for it, it helps them make portion size changes.”

But it’s not all as easy as that. Todd notes that making changes requires thought – and the staff to have those great ideas.

“The greatest challenge is having the mental space to change habits, especially during staff shortages. It’s hard for the restaurant industry right now and lots of businesses are working overtime to stay open. It can be hard to take the time to put new processes in place.”

There are easy options any restaurant or food service operation can take. Todd advises getting set up with a food rescue partner like Food Rescue US Detroit or Metro Food Rescue.

“They’ll come pick up any size donation you have and get it to people who can use it,” she said. “The next easiest thing to do is contract with a compost service.” Local composting services include Midtown Compost and My Green Michigan.

Darraugh Collins founded Food Rescue US Detroit in 2019 as a local chapter of the national app-based food rescue organization Food Rescue US. Since launch, Collins said the organization, which relies on volunteer drivers to pick up items from local grocery stores and restaurants and deliver them to social service organizations and food pantries, has kept 8 million pounds of food from the landfill. So far in 2022, volunteers have completed over 4,000 rescues.

“Donating wholesome unused food and signing up for commercial composting service are the easiest ways to start reducing food waste. Every business has an option here in Metro Detroit,” Collins said. “Changing long-standing behaviors is often the hardest, but source reduction is the most important thing we can do for long-term climate change reduction. There are many tools available now to help better manage efficiencies in these industries, we need to demand that it happens.”

The best thing you can do is “have eyes on the food you are tossing,” Todd said. “Weigh it and write down why it went to waste. Did it spoil? Did it come from prep? Did you over-portion? Once you know why it happens, you can make changes to prevent it from happening again.”

State and federal agencies are also offering some resources to assist entities in adopting source reduction practices. In Michigan, the Department of Environment, Great Lakes and Energy offers a guide on sustainable food management, and wasting less, or “produce, purchase, and put on your plate only what you need,” stands at the top of the hierarchy.

Todd would like to see Michigan join the handful of states that have banned food from landfills. “That’s the holy grail of food waste reduction because it ensures a level playing field and encourages the development of the necessary infrastructure to handle it,” she said.

Until then, she encourages food retailers to see what they can do with the resources they’ve got.

“The best thing about not throwing food away is that it’s not a sacrifice. Sure, it might mean flexing those creativity muscles a little bit but you’ll save a lot of money,” she said. “It’s pretty easy not to throw away food. Buy less. Eat what you buy. Compost the rest.”

This series profiles three restaurants that have signed on to Make Food Not Waste’s PLEDGE, each working to reduce food waste in its unique ways.