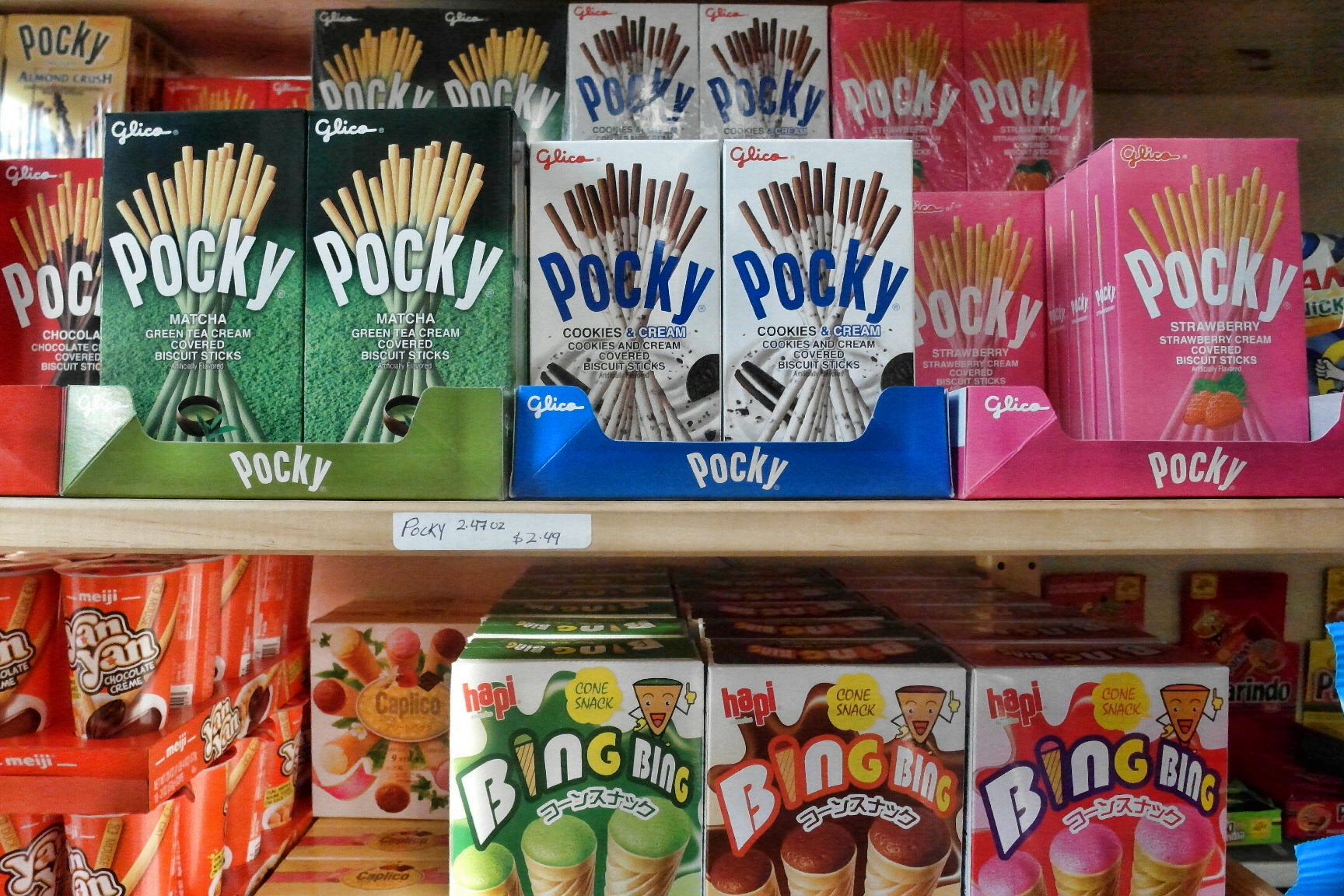 For me, as a Chinese-American, there is no other space in America than the community Chinese grocery store where I can buy Pocky, fermented soybean, ​and​ ​get yelled at by a Chinese auntie at the register. It’s a truly wonderful and magical thing to experience. At my local Chinese grocer – Way 1 Supermarket in Ann Arbor – signs are posted along the register in Chinese with notices that affect our community, whether that be voter registration, health care reform updates, or news about what is happening in the motherland. It is a congregation of individuals within a larger community, rather than just a place to pick up your weekly produce. For the Asian-American community, these grocery stores can be a place for connecting back culture, whether that be accessing ingredients and foods specific to one’s heritage, or simply engaging in an Asian-dominant space.

Elsewhere, there’s H-Mart in Troy, One World Market in Novi, Patel Brothers with locations across Metro Detroit and 168 Asian Mart, the largest Asian supermarket in the Midwest, a favorite among hotshot young chefs in search of unique ingredients. Trendiness aside, the presence of Asian specialty grocery stores is not unique to any one group, ethnicity or location. Studies have shown Asian groceries pop up as a​ ​by-product of diaspora​,​ ​becoming a cornerstone of ethnic communities to exchange transnational information. For many immigrant Asian communities, Asian-American grocery stores have proved themselves as a ​vehicle to accessing community affiliation​ ​and culture, as it offers a space for individuals and families to stay cook and eat their authentic traditional food.

While their importance cannot be underestimated, these cultural hubs date back to one of the darkest periods in Asian American history. Asian Pacific Islander American (APIA) Studies lecturer at the University of Michigan, Roland Hwang, says that Chinese immigrants first appeared in Detroit around 1872 with just a few people. It was a trickle at first, and it was mostly men. In fact, the Chinese male-to-female ratio was akin to 30 to 1, common after the Chinese Exclusion Act of 1882, and a reflection of a ban on immigration of Chinese women “to eliminate prostitution,” Hwang tells ​Tostada Magazine​. “Immigration was very uneven. The Chinese Exclusion Act was renewed in 1892, and made permanent in 1902. It was repealed in 1943 when China was a US ally during WWII. Immigration was limited to 105 per year until the Immigration Reform Act of 1965.”

During this period of exclusion, there was an exception — a small number of Chinese business owners could obtain merchant visas that allowed them to bring in employees from China. And with that, the beginnings of Asian food businesses.

“Of course, Asian Pacific Islander American food retail thrives best when it is near a population that caters to them. Consumption of Asian foods is an element of our culture,” says Hwang

In Metro Detroit, that center is concentrated around John R and Dequindre, between 13 and 14 Mile Roads given the proximity of the large Asian American populations in Troy and Sterling Heights. While the shops, restaurants and supermarkets in this area are representative of several Asian countries, this shopping district is heavily rooted in the Vietnamese refugee population that started making their way to the region following the Vietnam War in the 1970s. The community has since expanded with more recent waves of immigration from China, India, Korea, the Philippines and Bangladesh. In Wayne, Macomb and Oakland, Asian immigrant populations saw an ​83 percent increase between 1990 and 2000​ ​alone.

As Hwang explains, “Asian Pacific American grocery stores are important for the reason that the foodstuffs and ingredients are usually not carried by the Krogers’, Meijers’ and Walmarts of the region. Do we expect to find baby bok choy, winter melon, and mock chicken at one of those places? “​ ​[Food] is an element of connection. If one maintains some or all of the elements of Asian life, eating ethnic (heritage) foods and diet, maintaining a heritage language, maintaining social contacts in the Asian American community, etc., we are richer for it. On the other hand, some would say we maintain our cultural silos.”

Over the past few years, there’s been an increasing perception of Asian foods as ​‘trendy’​, ​drawing a demographic of white people to Asian groceries, as they search for the ‘latest superfood’ that your mother has been serving you since before you could walk. ​Food gentrification​ ​can have harmful impacts, but especially within the context of Metro-Detroit, it can be difficult to untangle the aspects that go into the business of

these establishments. But as elements of the Asian-American experience are taken on with a more critical lens, this might be the perfect time to segue the conversation into how to raise awareness around this backstory, and how to preserve and share a traditional culture without necessarily having it poached. Considering the most basic and mundane aspects of our experiences, like where we get our groceries, might seem a bit arbitrary, but there is so much history within our tight-knit communities that has yet to be highlighted. This May, in light of Asian Pacific Islander American Heritage Month, I encourage you to shop at your local Asian grocery markets mindfully, being aware that it serves as a community space in addition to a produce supplier, and celebrating these cultures with an open mindset and a bit of curiosity.