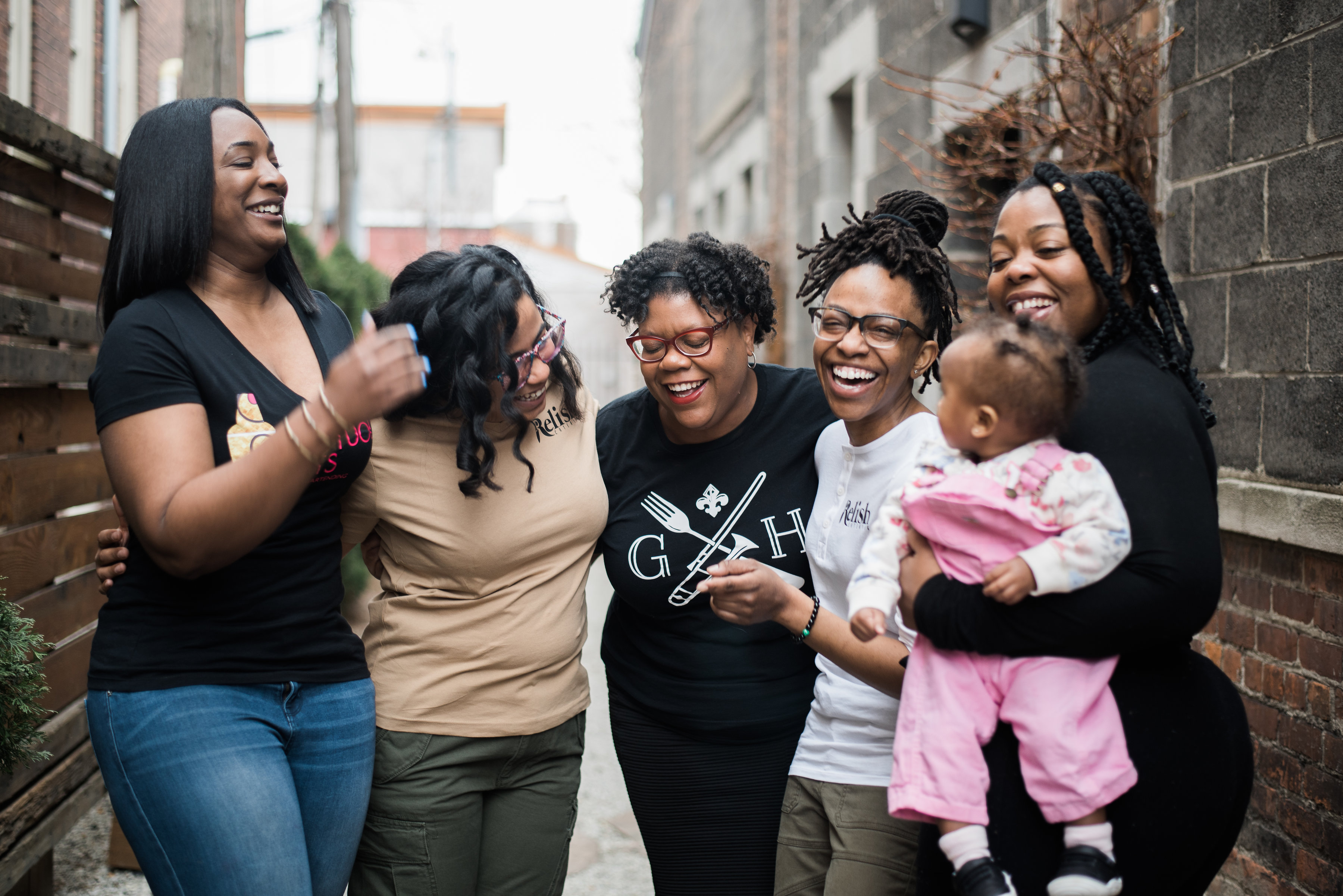 So often when developing a new business, women of color find it especially daunting to find the same level of success as other entrepreneurs.

Study after study shows that the growth of startups owned by black and Latinx women far outpaces that of white-owned businesses. On the surface, that’s good news. It means that more WoC are taking matters into their own hands to combat the lack of fair pay and promotions and family-friendly policies in corporate America.

Yet, despite these gains, black and brown women continue to struggle with growth. That has a lot to do with the lack of financial support and mentorship. For Ederique Goudia, co-owner of Gabriel Hall — a New Orleans-inspired eatery coming soon to Detroit’s West Village neighborhood — mentorship from others like her have made all the difference in the four-plus years that the restaurant has been in the works.

“I think that it’s not that we don’t seek it out, it’s not knowing how to or where to find it,” Goudia tells Tostada Magazine.

It’s these reasons that Goudia decided to hold space for other black female food business owners in a pair of collaborative pop-up dinners taking place April 24 at Brooklyn Street Local. On the lineup for a four-course meal will be Goudia, Brittiany Peeler and Le’Genevieve Squires from Relish Catering, Viana Rickett of Simple Goodness and Lauren Daniels of Sumptuous Spirits. Each owner will share not only a signature dish but also the personal stories behind their food.

“There are so many black women businesses that inspire me, you have Sweet Potato Sensations, which has been around for so long, there’s Kirsten Ussery and Erika Boyd from Detroit Vegan Soul… All these women who have supported me, so I want to pay it forward.”

The pop-up event is just one part of Goudia’s work as a veteran in the food industry. She’s also a program associate at FoodLab Detroit, a nonprofit that supports a community of entrepreneurs whose companies emphasize social responsibility, environmental sustainability economic impact (all the women included in Tuesday’s pop-up are FoodLab members). She also co-founded the consultancy firm In the Business of Food, which helps owners find practical resources like web design and photography.

Not asking for help — whether it’s because business owners are too busy in the grind of their development or don’t know where to turn for guidance — has real consequences in a company’s longevity. WoC entrepreneurs tend to have less profitability and are less likely to survive than their white and/or male counterparts.

Goudia hopes Tuesday’s event will be one more way to change that trend by getting the participants’ names and cuisine out to more potential customers.

“This could be the beginning of many collaborations, not just pop-ups , but other events, as well as when Gabriel Hall opens its doors,” she says.