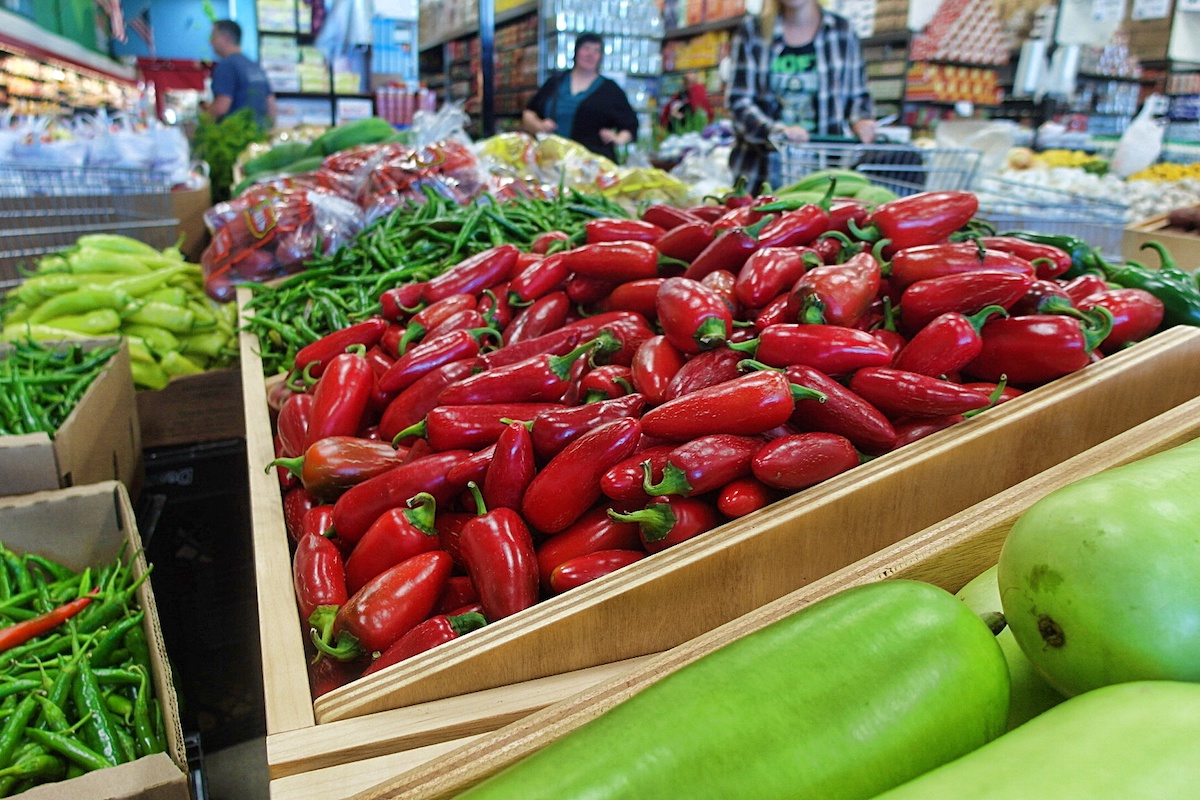 There’s something so… claustrophobic, yet simultaneously so captivating about the original Al-Haramain International Foods situated in a pair of tiny former storefronts in Hamtramck.

The aisles are so jam-packed with humanity — representing diaspora from Yemen, Bangladesh, Poland, Bosnia and beyond — that politeness to get past one another goes out the window. Excuse me’s aren’t necessary here though. When you get a look at the mounds of star fruit, pomegranates, dates, prickly pears and figs you’ll forgive your fellow shopper if they forget to pardon themselves as they maneuver their way through the narrow aisles.

Fans of the wildly popular market have been rewarded for that patience with much larger digs in a second location on the other side of town. Al-Haramain quietly soft-opened Friday in the 16,400-square-foot former Value World in the Town Center shopping plaza at Joseph Campau and Holbrook. A grand opening is supposed to take place Sept. 21. 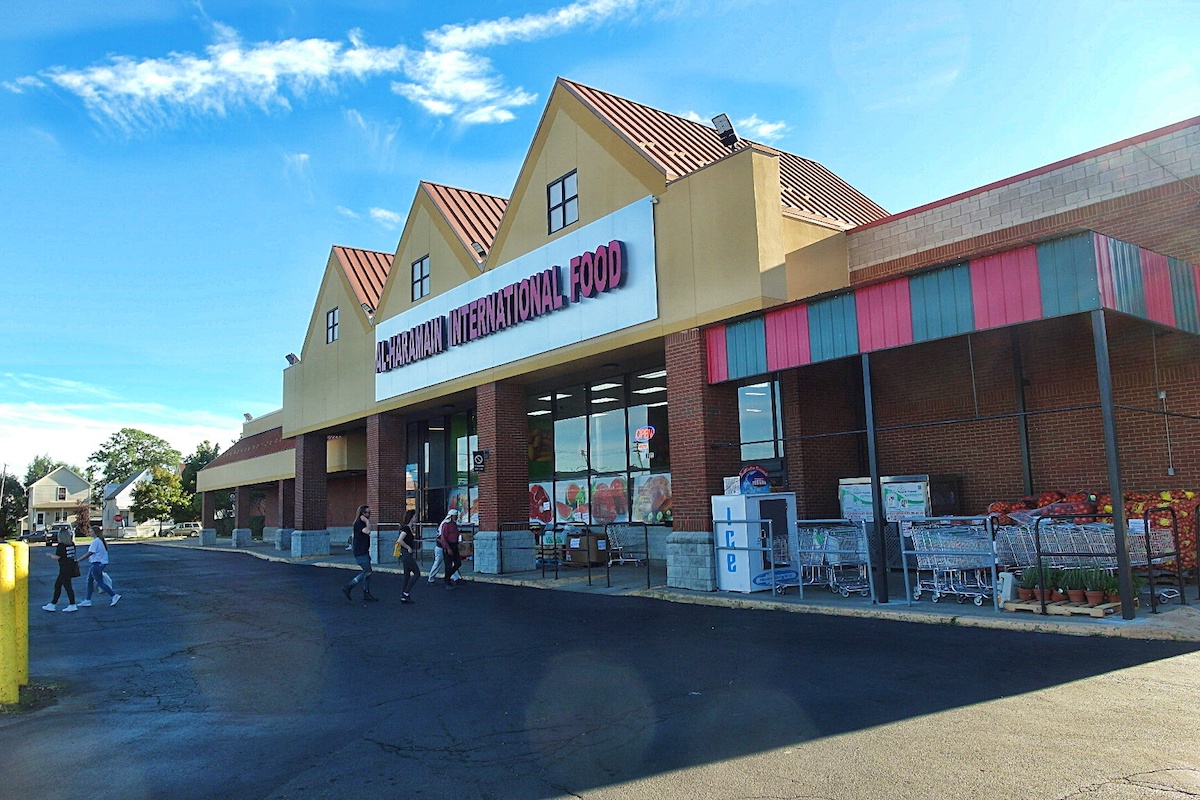 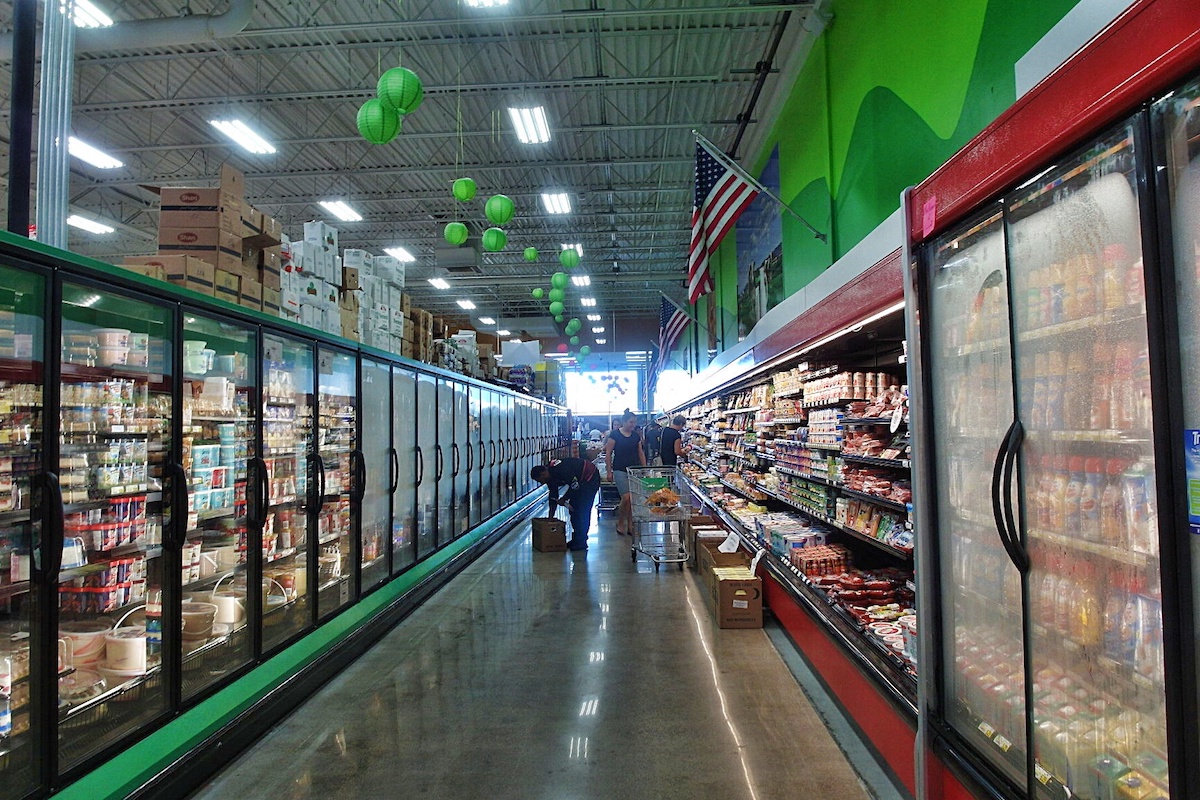 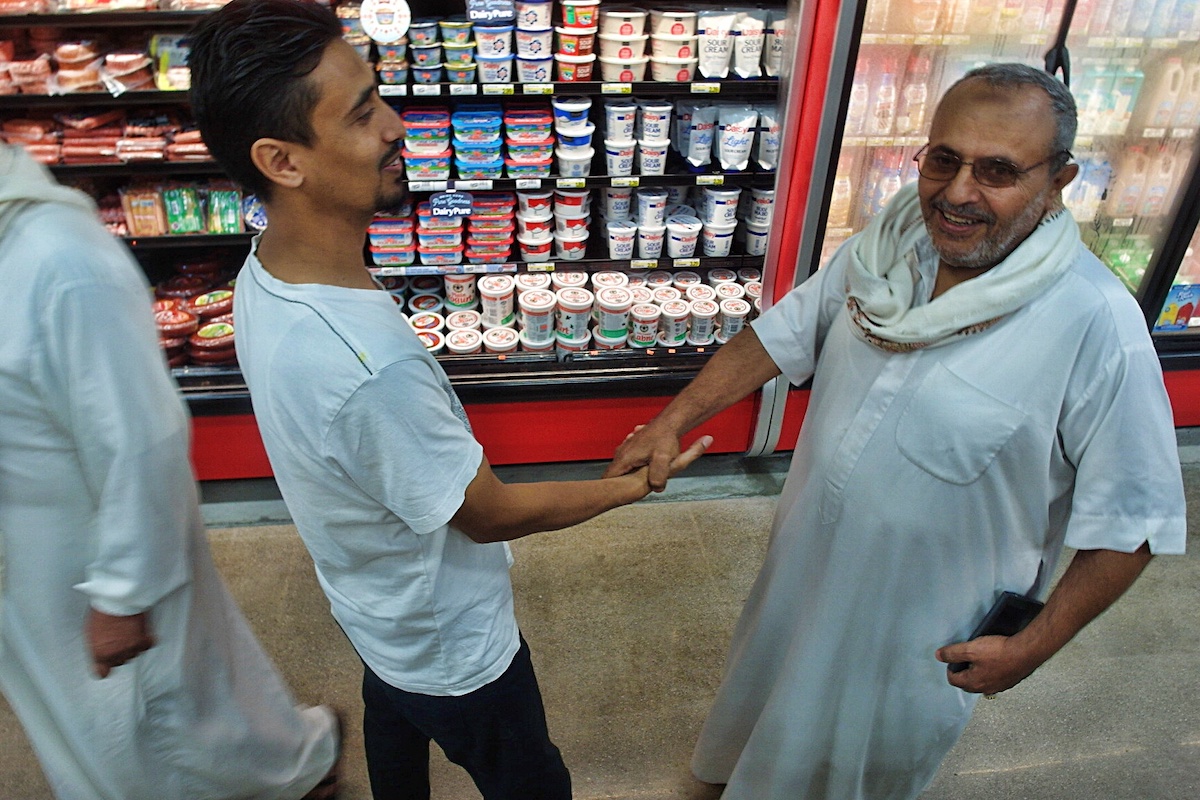 Aside from more elbow room (and a much larger parking lot), the new location boasts several upgrades: a carry-out restaurant with prepared hot food like rotisserie chicken, shawarma and pastas; a massive olive and salad bar; a full-service, all-halal butcher; and a bulk and packaged spice section.

The expansion into the new space took more than a year, but marks a decades-long evolution in Hamtramck.

The founders of the store are Yemeni-born business partners, Ali Alaudi and Abdo Nasher, who first opened a produce market in Dearborn, store manager Raed Nuseibeh tells Tostada Magazine. In 2003, the store moved to Hamtramck in a former dollar that Nuseibeh says was likely no more than 3,000 square feet. The produce market quickly expanded to include a halal butcher’s counter and then groceries and eventually Al-Haramain took over an adjoining liquor store. A few years later, the partners opened Royal Kabob, a Lebanese-style restaurant, directly across the street. They sold that business but continued to grow the grocery store, finding ways to squeeze in as much merchandise into the compact business as possible. Knowing the local market — a polyglot of languages, religions and culinary traditions — the store became known for offering a wide variety of Arabic, Mediterranean, American and European staples. That meant an aromatic spice section, where you can find anything from yellow curry to ground sumac, to turmeric and cardamom. Choice of naan, pita, roti, croissants or loaves of white or wheat. An olive bar stocked with hummus, stuffed grapes and marinated mushrooms. Produce that can be otherwise hard to find in other area markets. And, of course, the plethora of sweets like Kinder eggs, baklava and Ferrero Rocher. 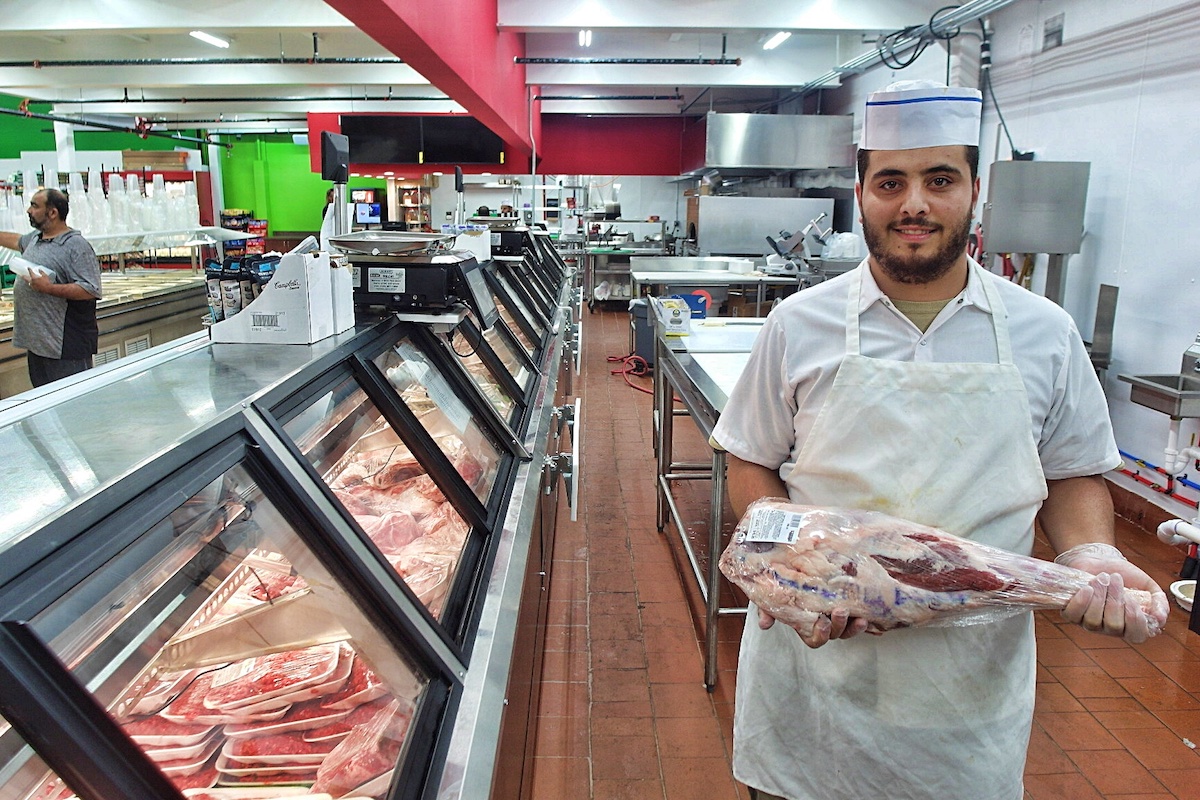 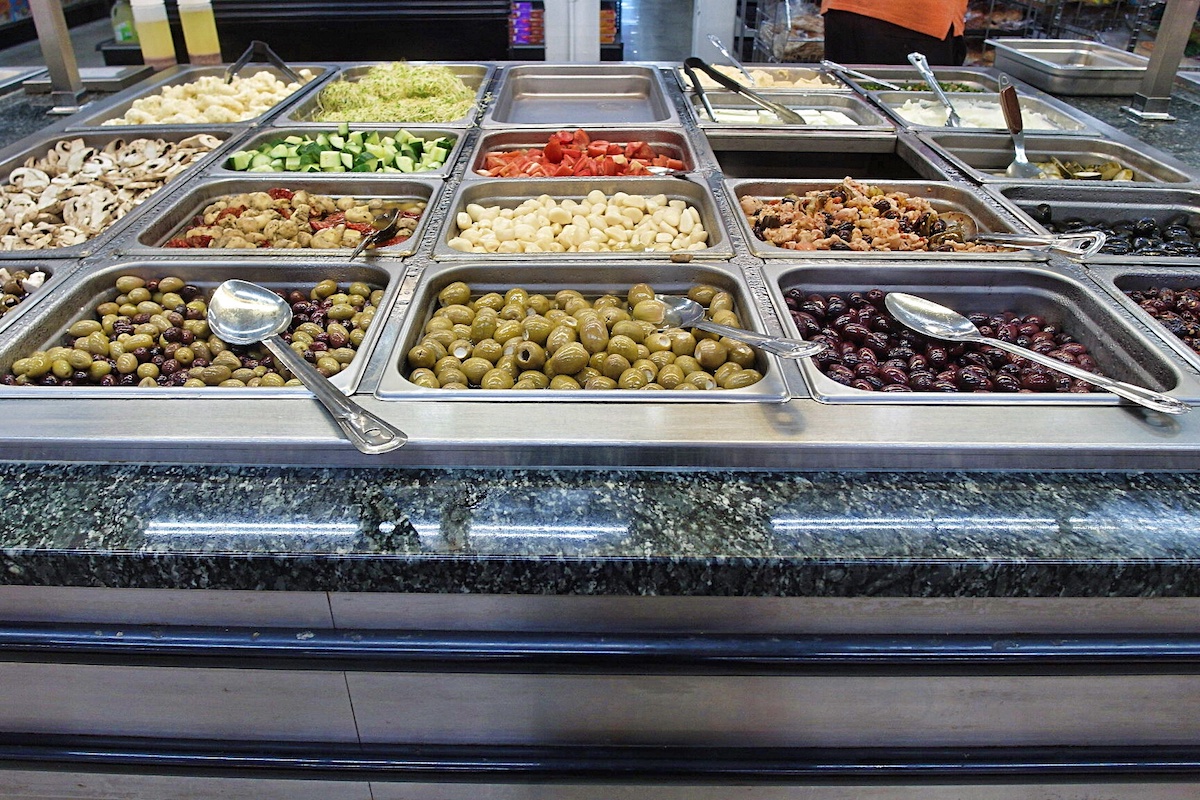 In a building formerly equipped to house little more than potato chips, pop, booze, lotto tickets and cigarettes, Al-Haramain established itself as an international food emporium whose every square inch was stocked to maximum capacity that attracted shoppers from all over Metro Detroit (hence, the claustrophobia).

It was evident though that that location wasn’t enough.

“Now we noticed that we needed more space for parking, that’s why we thought about this space,” says Nuseibeh. “It’s bigger and more comfortable for our customers to come and shop. It makes it easy for them — easy in, easy out.”

Meanwhile across the city in the Town Center shopping plaza was Glory Market right next to Value World up until 2016. The grocer was in just the right space, but its inventory was more akin to that of a party store. Aisles of artificially-colored sugary sodas and “juice” drinks, tons of salty or sweet packaged snacks and a produce section full of moldy fruits and vegetables… And nothing outside of the most basic of ingredients either, making shopping for vegetarian recipes a major disappointment on a regular basis.

If only Glory Market would go away and Al-Haramain would take its place, many a Hamtramckan has lamented over the years.

And so that’s more or less what happened… Eventually.

A little background on Hamtramck’s foodways: When the city was built out more than a century ago, its main drag of Joseph Campau was a mishmash of mostly Polish immigrant-owned grocers, only not the kind you think of today, with a gigantic parking lot out front and row upon row of crowded shelves lit under the hum of fluorescent bulbs. Instead, they were tiny bakeries — some for bread, some for sweets — delis, modest lunch counters, produce stands, sausage and cheesemongers. In other words, shoppers were expected to visit each store as needed, walking up the street from storefront to storefront until all their needs were met.

But then hopping in the car and driving somewhere else for groceries became the norm as suburbs were developed and that old-world ritual of visiting each shop began to fall out of favor. Throw in a few recessions, a population decline, drop in property values, and then eventually there weren’t as many grocery options for residents. That began to change around the 1980s when a small number of Bangladeshi immigrants started to make their way to the area, as well as Yemenis — who were drawn by the region’s existing Arab American population. Slowly, those empty storefronts reopened their doors, thanks to the new residents who sold sarees, hookahs, halal meats and other basics that the newer residents missed from back home.

Flash forward to today, while many residents enjoy the number of smaller grocery stores like Holbrook Market, Bozek and Fresh Valley Fruit Market, plenty of people still prefer to drive out of the city to the larger, one-stop-shopping centers in the suburbs. 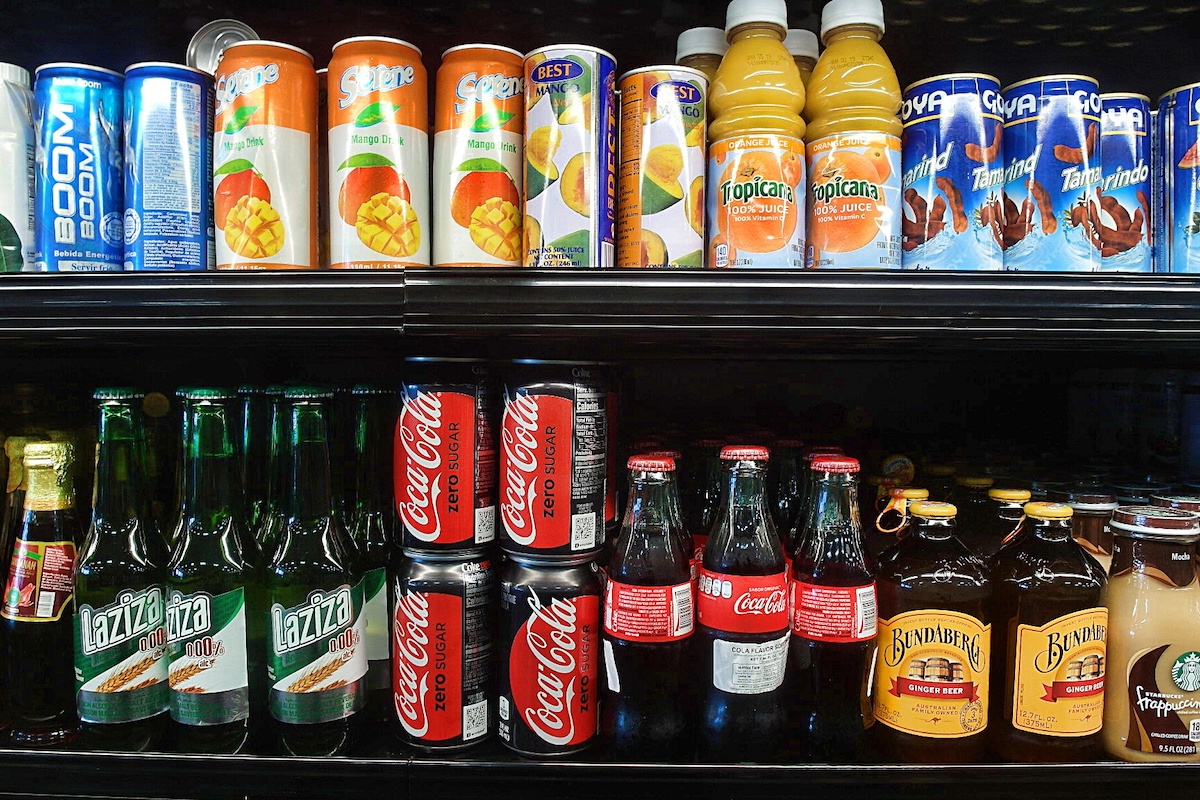 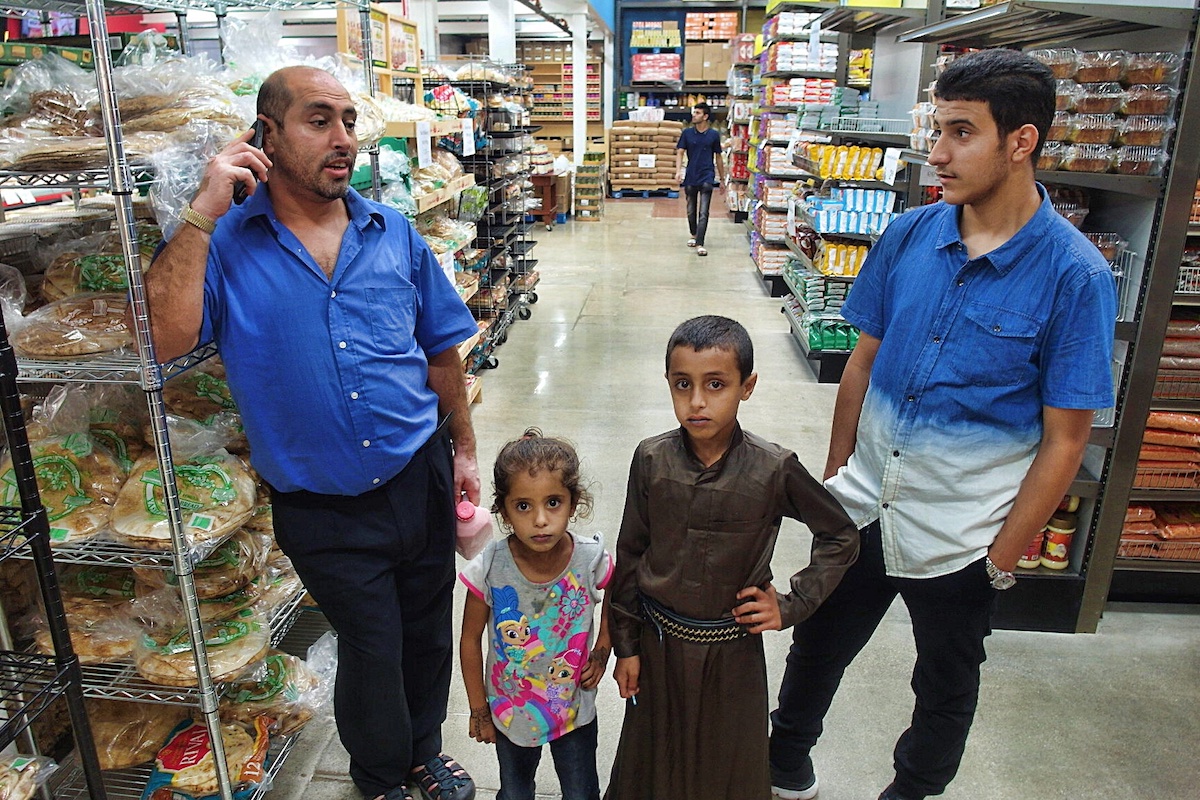 Nuseibeh says he hopes the new, larger Al-Haramain will become a destination for residents of all backgrounds, whether folks are looking for halal cuts of veal or labneh, Bosnian coffee or fancy bottles of kombucha.

More than variety though, the supermarket has the potential to serve as a means to build community. Unlike the Krogers, Aldis or other major grocery chains, immigrant-owned markets allow its clientele to congregate, catch up on the latest gossip and to enjoy a space where they are not in the minority.

In Hamtramck where about half of its population is from outside of the United States, spaces like these have long been a part of the fabric of the city. With Al-Haramain’s new location, there’s room enough for everyone to come together.

The new Al-Haramain location is at 9329 Joseph Campau in Hamtramck. Hours are 7 a.m.-midnight daily. Note, as of this press date, EBT was not yet available at the store.