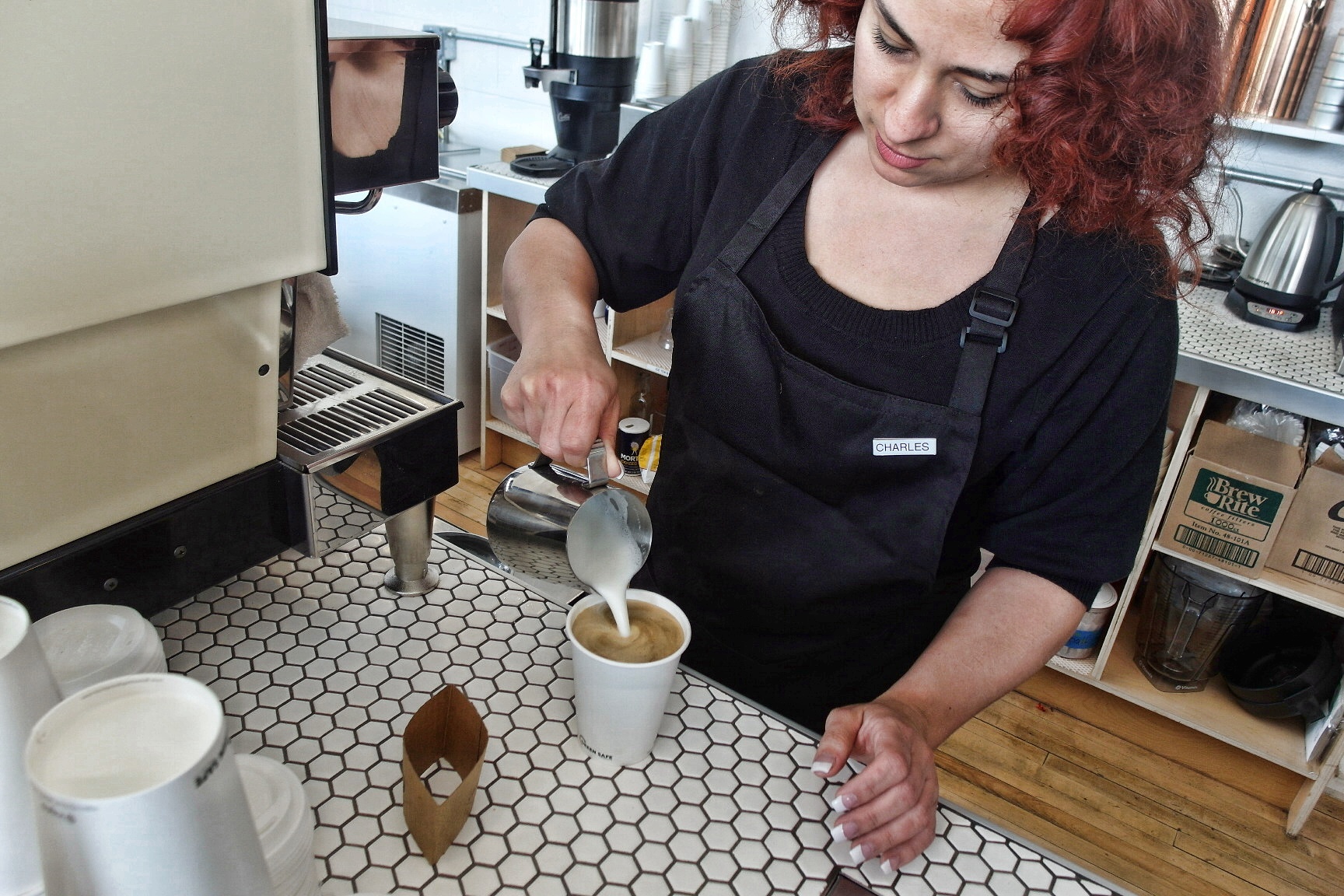 At first glance, the brand-new The Commons café/laundromat in Detroit’s Islandview is an apartment dweller’s dream space. With a sleekly-designed coffee shop within the same walls as a clean (let us emphasize the word CLEAN), inviting area of coin-operated washers and dryers, laundry day will never be the same.

Modeled after trendy café-laundry combos like Spin Laundry Lounge in Portland, The Commons at 7900 Mack quietly opened its doors in March, much to the appreciation of neighbors, who’ve had their eyes on the development for several years now. 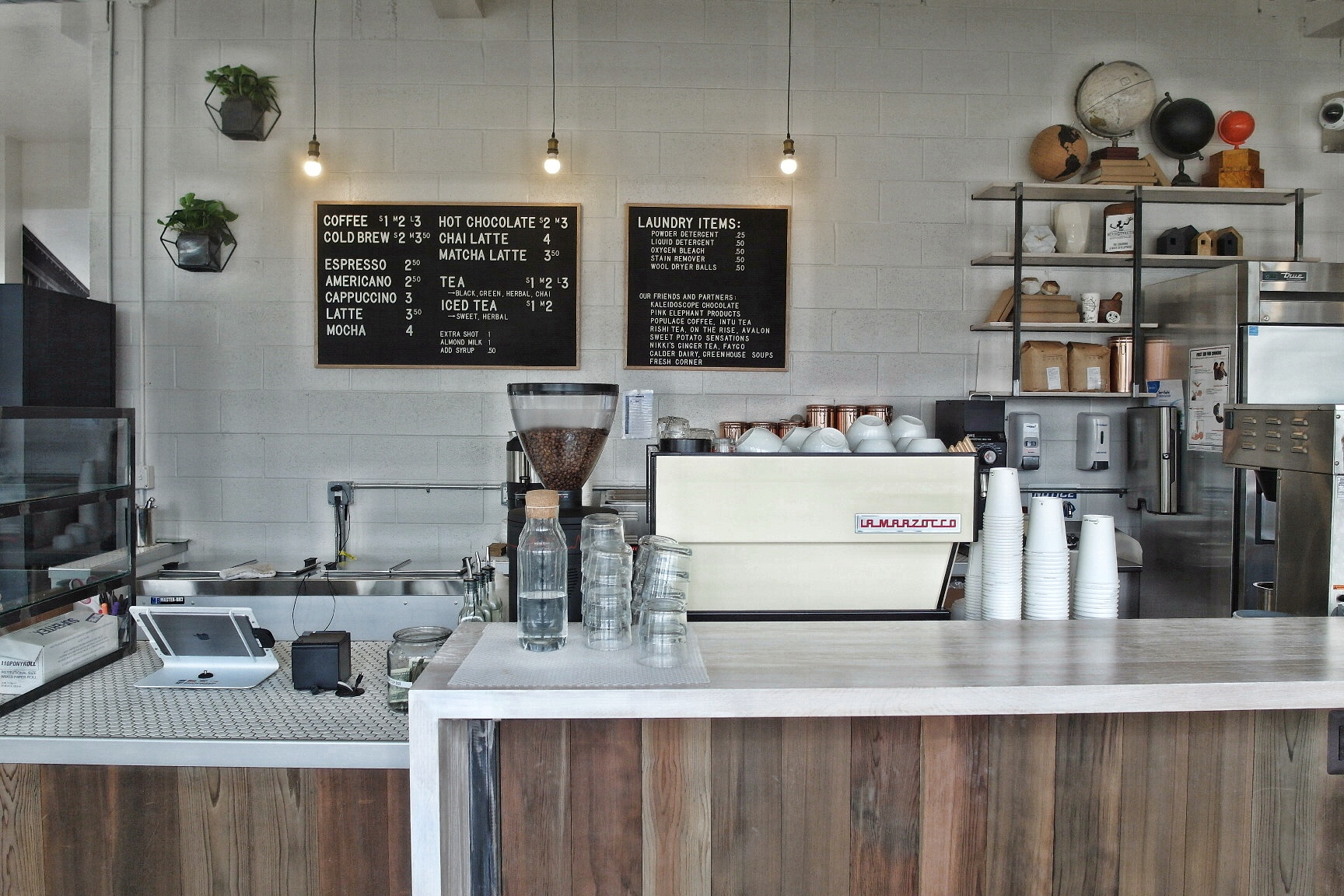 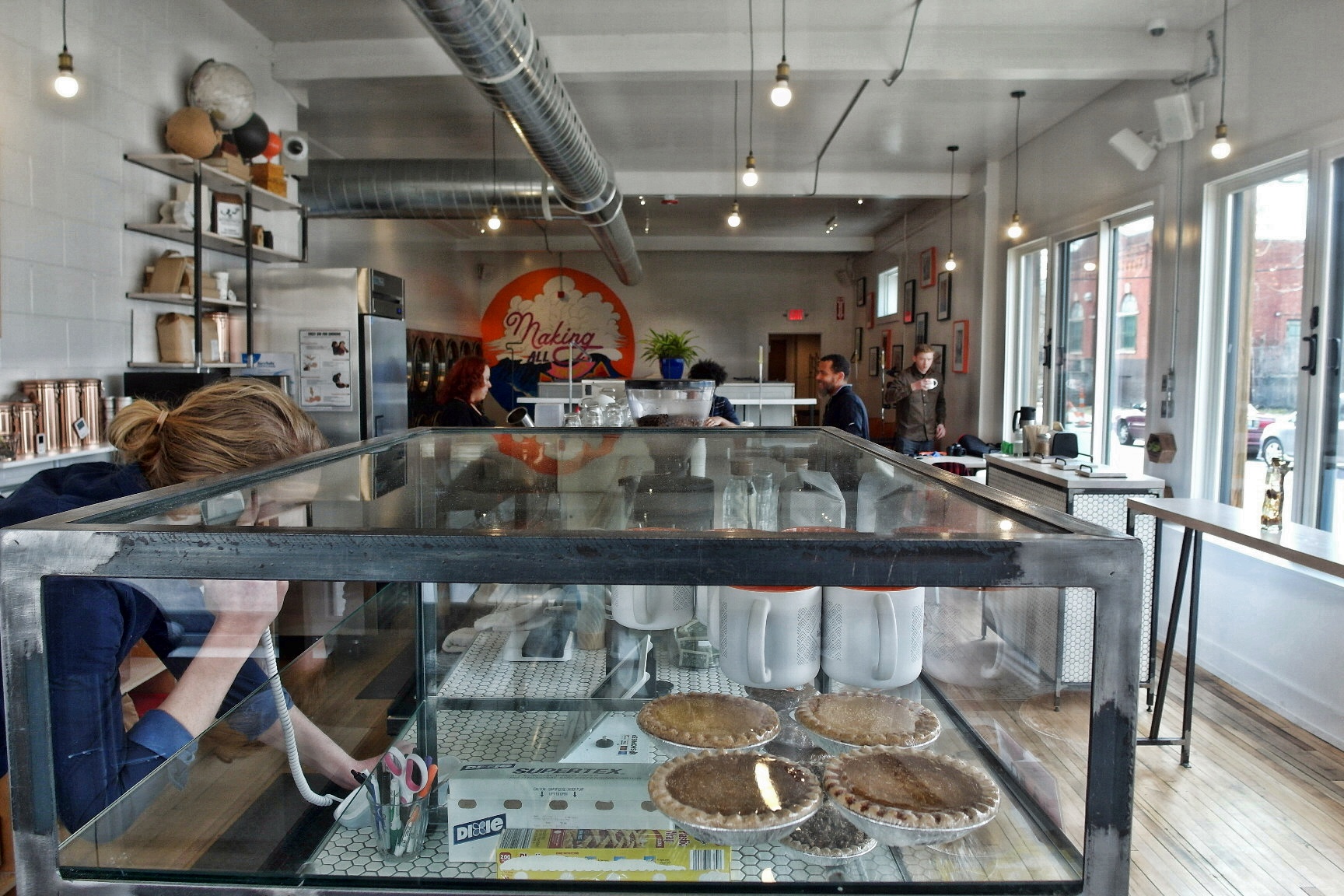 Locally-sourced food and drink and chic aesthetic aside, what stands out most to us is the attention paid to involving the community throughout the entire multi-year development process. The Commons is a passion project of MACC Development, founded in 2010 by the Mack Avenue Community Church. Tasked with using a “holistic” approach to the revitalization of Detroit’s 48214 zip code, the organization also encompasses youth sports programming, summer reading for kids and legal services for adults.

MACC Development purchased the property — a former furniture shop — in 2011 for $500 from the Wayne County tax foreclosure auction. Since then, with the help of foundation grants and fundraising, some $1.5 million has been invested in its renovations, says MACC Development executive director Ezekiel Harris. The property initially housed the organization’s office space, but the intention was always to also provide a community asset where folks could gather and that would encourage others to consider Islandview as a viable area of the city to start a business. Harris says the Mack Avenue corridor was once a thriving commercial district, as evidenced by a wall-sized black and white photo of the area that adorns one of the walls. Nowadays, the building vacancy rate within the zip code is right around 50 percent, a figure that could scare some entrepreneurs off from setting up shop. If just the right business got things started, Harris says, others could follow.

“It takes a little ingenuity to show what business can work and where it can work, but if you take the time, it’s definitely worth it,” says Harris.

Harris tells Tostada Magazine that a thrift shop was one idea early on but that that prospect somehow felt less special. No, whatever would occupy the space would have to fit in with what the community really wanted. 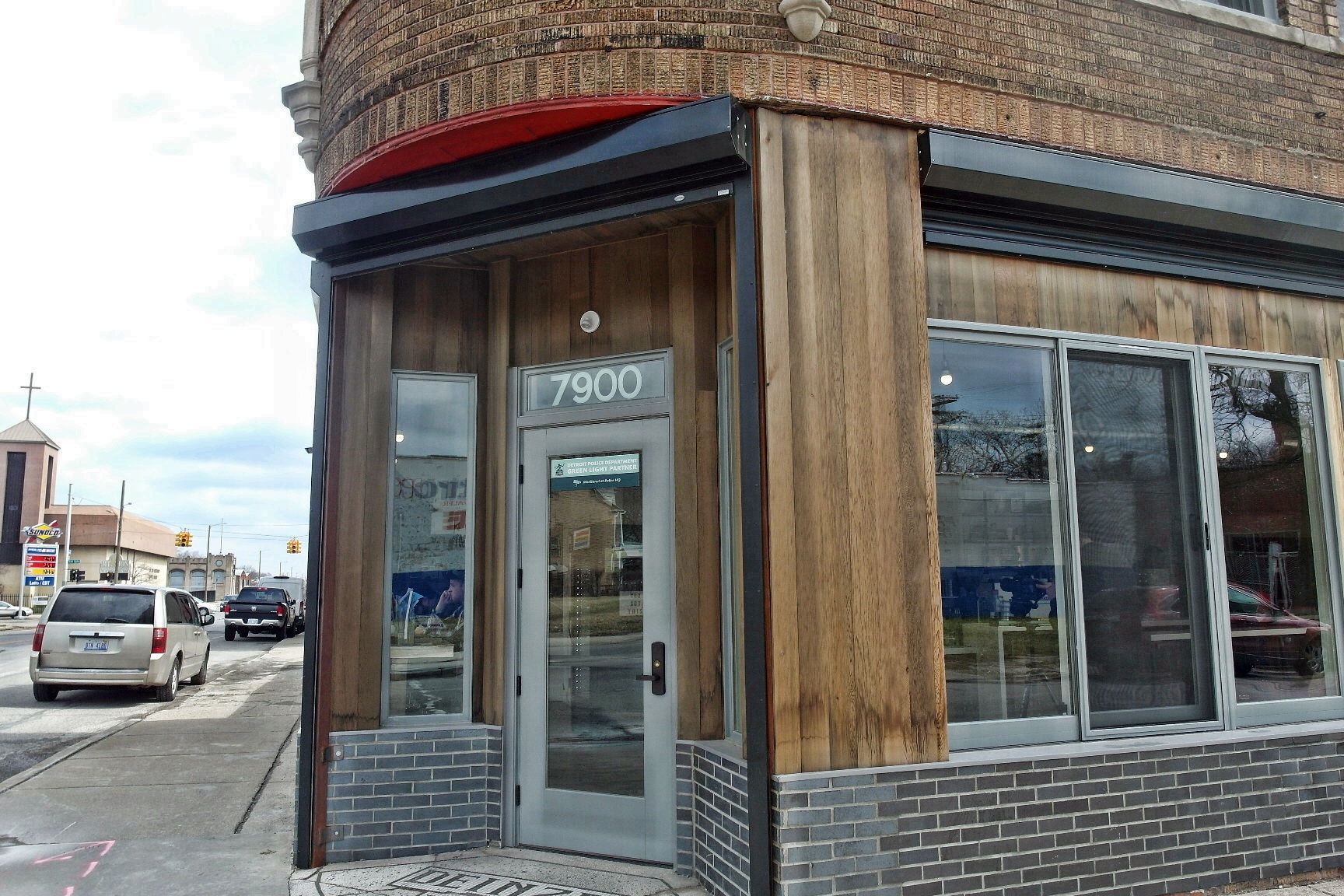 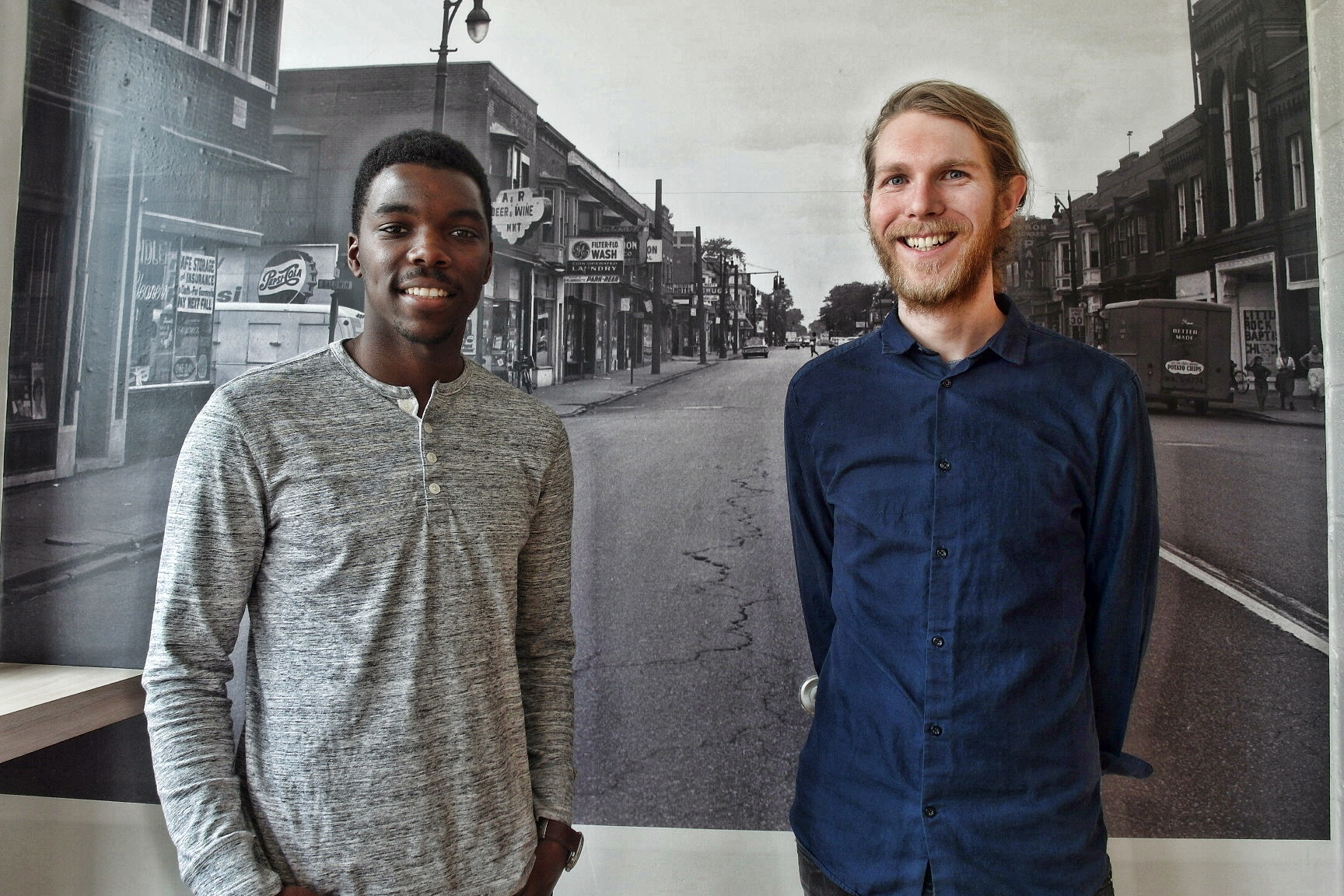 MACC Development held a series of meetings over the years, asking neighbors for ideas. What residents asked for time and again were neighborhood amenities that any community would desire: a place to eat, grab a coffee, maybe hold a block club meeting. The idea of a laundromat was a more practical asset being that one was lacking in the area. Added bonus, laundry facilities are fairly low-cost businesses to operate, which helps to keep prices down on the café side of The Commons (hence, the $1 cups of joe, for example). A private meeting room is located upstairs.

In addition to The Commons, MACC Development is also raising money to establish a pocket park next door, complete with a stage for neighborhood jazz concerts or outdoor yoga.

In the meantime, an official grand opening celebration is set for 2 p.m.-7 p.m. May 12, with food trucks and family-friendly performances on hand.